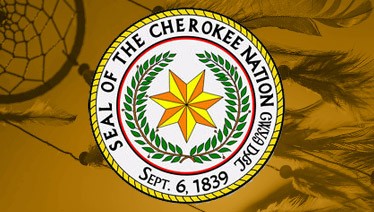 The Cherokee Nation Businesses is partnering with Legends, a hospitality company, as it tries to gain a license to build a Vegas casino resort in Russellville, Arkansas.

Legends, which is controlled by the New York Yankees and the Dallas Cowboys, is a stadium-management company. In a news release the company announced that, if CNB receives its casino license for the Russellville casino, Legends will “manage the process for the design and development of the complex, conceive the culinary experience and help CNB to monetize the guest experience for non-gaming attractions.”

A news release from CNB said that the tribe, in partnership with Legends, will “deliver a world-class entertainment complex consistent with other venues within the Legends portfolio.” CNB’s proposal included a promise to “monetize” non-casino parts of the development.

The proposal is aimed at a casino development that is planned to be built on approximately 135 acres along Nob Hill Road off Interstate 40, between Alaskan Trail on the east and Weir Road on the west, in Russellville, Arkansas. According to the proposal, the project will be completed in phases. In the first phase Legends will submit designs for the casino, hotel and curated culinary experience. In phase two, lifestyle and entertainment amenities will be incorporated. The resort will emphasize family-friendly entertainment options. The final phase will include additional hotel, retail and dining concepts.

“We are excited to have Legends involved in the process. It is very important to us because of the family history and connection we have to Arkansas,” said Stephen Jones, executive vice president, CEO and director of Player Personnel for the Dallas Cowboys. “Legends was founded on the principle of creating a superior guest experience during game day, and we look forward to bringing that expertise to the state of Arkansas.”

Aside from the CNB and Legends, there have been several other companies that have submitted bids for a Pope County casino permit. A new law, created by a state constitutional amendment that was approved in the 2018 elections, gave the go-ahead for the establishment of a casino in Pope County and operators form Mississippi, Nevada and Iowa, as well as the Choctaw tribe have all expressed interest in running the new casino.

While the majority of  Arkansas voters approved the amendment, Pope County voters voted largely against bringing a casino to their community. Current elected officials in Pope County and Russellville are not supportive of the gambling expansion legislation.

The rules of the Arkansas Racing Commission require permission from Commission officials, leaving the future of the casino unclear. The casino had the support of officials who left office before the new law took effect. Now the current lack of support is putting a damper on the plans. One of the applicants is threatening to sue because officials who left office before the new rules took effect  which left the issue hanging.

The casino operator-applicants are mounting a PR campaign to tout the economic and charitable benefits of a casino.

In an effort to figure out what the best casino would be for the county if and when it's approved, county officials are turning to the public to convince them that having a casino in Pope County will bring more jobs and tourism.

However, anti-gambling activists say that the casino will cost taxpayers more money. In a recent town meeting to discuss the so-called "local control ordinance," Travis Story, the attorney for the Citizens of Pope county and the author of the ordinance said, "The purpose of the ordinance is simply for the quorum court or county judge to decide on whom they think would be the best casino to come to Pope County if it did. They are not required to put one forward. We want local control, we want to know what would be coming to Pope County in the form of a casino."

Pope County Judge Ben Cross is one of the officials who will be involved in choosing the Pope County Casino Operator. He said, "The quorum court and myself are citing with the voters on how they voted in November, so as of right now there will be no resolution from the quorum court and no letter of support from me until there is some mechanism in place to show that the voters have changed their mind."