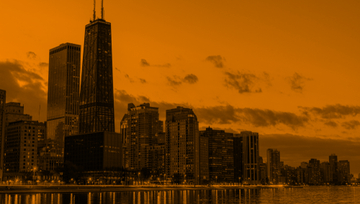 The Illinois Gaming Board (“IGB”) recently released the Chicago Casino Feasibility Study which was commissioned to address the feasibility of approving a Chicago City casino and offering online casino gambling. Copies of the study, which were prepared by Union Gaming Analytics (“Union Gaming”), have been delivered to Chicago Mayor Lori Lightfoot, Governor JB Pritzker, House Speaker Michael Madigan and Senate President John Cullerton.

The study will be used by the IGB as it determines whether to recommend that the General Assembly modify the terms of the Chicago casino license within 90 days.

The main take-aways of the study, which examined five potential Chicago casino sites, include a summary of what Chicago can expect from airport slots and sports betting. In addition, the report presents a summary of sites in which a casino would be most successful and suggests that the city focus a casino development on the former Michael Reese Hospital site.

Some notable takeaways of the report:

Union Gaming, in preparing the report, assumed that the casino wouldn’t receive a license until late 2020. A construction cycle of at least 2 years means that the earliest that a Chicago casino would open would be 2023. 2024 would be devoted to stabilizing revenue and cash flow so the city shouldn’t count on any significant casino revenues for the next four to five years.

Sports betting will probably be a big draw, the report says, and should bring in up to $20 million, regardless of where the site is located.  That would mean about $3 in tax revenue for Chicago beginning in 2024.

Currently, gaming legislation in Illinois allows sports betting at casinos and racetracks. Fantasy sports websites can partner with sportsbooks and operate at a physical casino and after 18 months, the sportsbook can open an online site which can run independently of a physical location – dependent on the operator obtaining a state license for online sports betting.

Chicago’s O’Hare airport, the world’s busiest, could perform better than airports in Nevada. The report suggests that if up to 4000 slot machines are scattered at airports in the Southwest and Northwest sides of town, adjusted gross receipts could conceivably reach $37 million, with a 3% growth per year.

Chicago could perform better than Nevada, since most travelers coming into Nevada are already heading to a casino which makes it likely that they will skip airport slots. Those leaving have usually already blown their casino budget in the Vegas casinos and aren’t interested in more gambling. Chicago slots, on the other hand, would serve casual players who are waiting for their flights or a connecting flight.

The study says that the North Side of Chicago is the preferable place to develop a casino. Some lawmakers would like to see the casino built in the city’s South Side in order to help develop the area.  The study’s author say that oversupply of gaming on the city’s South Side will defeat the purpose of building a new casino there.

The report recommends that the casino be situated in a tourist-centric area of the city so it can draw gamers from other, nearby hotels. According to the study, nearby guests could contribute up to $150 million in adjusted gross receipts to the casino’s profits.  The casino’s hotel guests would add to that.

The report’s authors write that, “The addition of incremental hotel rooms would allow a casino to host more higher value gaming customers, which in turn would drive higher adjusted gross receipts. While the amount of hotel-driven adjusted gross receipts could vary widely based on the number and quality of rooms available, we estimate there could be an incremental $250+ million in AGR as a result.”

One thing that on which most observers are in agreement is that, unless Chicago and/or Illinois lowers the tax rate that it wants to levy on a city casino, the prospect of a economically-viable casino development is doomed.

The proposed mega-casino will, supporters hope, generate money to help the state fund building projects as part of Pritzker’s $45 billion “Rebuild Illinois” infrastructure plan and give the city some badly needed funds to pay down some of its pension debt. What lawmakers need to recognize, the report says, is that neither the city nor the state will realize that revenue if taxes are so high they scare away investors.

Currently, Chicago is hoping to collect a 33.3% tax on post-payout revenue. That will be earmarked for police and firefighter pensions.  The Union Gaming Analytics study said that such a high number would be a major obstacle to attracting investors. When the city’s one-third cut combines with the proposed state taxes, the tax rate would total roughly 72%. The report assumes operating expenses of about 30%, which is the standard in the business. That, according to the study, would create “an expense structure that could exceed casino revenue.” The report points out that other casino host cities get only 5% and in some cases have to split that with other nearby localities.

According to present legislation, the Chicago casino operator also would have to pay a $250,000 application fee upfront in addition to the taxes, up to $120 million in gambling position fees. Those fees come to $30,000 each. They would also be liable for a $15 million “reconciliation” fee to be paid when the license is issued.

In addition, after three years, the casino would be obligated to pay 75% of its post-payout revenue from its most lucrative 12-month period, minus the upfront fees paid per gaming position.