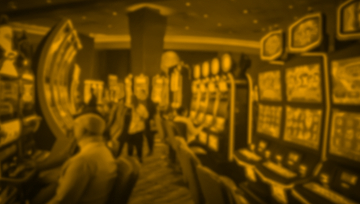 The Comanche Tribe’s battle against the development of a Chicksaw Casino in Terral Oklahoma, near their native lands, seems to be at a standstill. The Comanches are fighting to prevent the Chicksaws from opening a rival casino project that was approved by the Interior Department with no consultation with the Comanches.

The Comanches’  appeal to the US Supreme Court, in which it asked the court to rule on the legality of the Department of Interior’s move to put land in Terral, Oklahoma into trust which would allow the Chicksaws to build another casino, was turned down last week.

Thank goodness that we at Grande Vegas Casino don't have issues raging like this.  But let's see how it's going to play out in this case.....

The Chicksaw Nation is the richest of the so-called Five Civilized Nations. They include, in addition to the Chicksaw, Cherokee, Chocktaw, Cree (Musogee) and Seminole Nations. The Chicksaws are heavily invested in the casino industry and it’s paid off for them – their net gaming revenues reached almost $1.4 billion last year. The tribe has over $3 billion in assets including a championship golf course, hotels and two horse tracks.

In addition to funding valuable social and housing initiatives, the income from the casinos is also being used to build a powerful political platform. The Chicksaws have many contacts in Washington and within Gov. Greg Abbott’s inner circle. Many smaller tribes are threatened by the Chicksaws’ expansion which, they believe, puts their own modest gaming operations and tribal income at risk.

The Comanches asked for the Supreme Court to review the Department of Interior’s move to put the Terral land in trust. Their objection is based on the fact that the Department of the Interior and the Chickasaw breached fundamental obligations to ‘consult’ with the Comanche with respect to the Terral casino. The consultation was an obligation, the Comanches said, due to a plethora of federal statutes and applicable regulations.

The Comanches want to publicize the reasons that the Department of Interior approved the Red River project without giving the Comanche’s, whose ancestral lands are just miles away from Terral Oklahoma, any notice. According to court filings, internal government documents and interviews – obtained by POLITICO under the Freedom of Information Act – there were major flaws in the review process.

The fight is bringing to the surface years of resentment over how the poorer Plains tribes of western Oklahoma are treated as opposed to how Washington treats the more powerful Five Civilized Tribes in the east. When the Comanches first approached the Department of Interior, asking for answers, the DOI engaged in conversation with Comanche representatives. After a few weeks DOI officials stopped responding. The Comanches’ suit seeks to build on cases in which federal judges superseded Congress to alter old concepts of Indian law.

The so-called Five Civilized Tribes came to the southwest in the 19th century after having been forcibly relocated from their native lands in the Southeast. An allotment system that divided up the new southwest lands among the tribes created new injustices. Through it all, the Five Civilized Tribes retained a unique independence that allowed them to escape federally-imposed tribal constitutions and blood quantum rules – conditions and rules that made life difficult for many western tribes.

These advantages have proved crucial since passage of the Indian Gaming Regulatory Act 30 years ago. During the Oklahoma lands rush the Chicksaws, along with other Five Nations, were able to secure dozens of trust agreements that allowed them to open casinos at choice locations. Minimal federal review helped tings along and gave them a 70% market share, an insurmountable lead over the Plains tribes which were subject to tougher regulatory reviews and were more isolated.

Richard Grellner, lead attorney in the Comanche lawsuit commented that “I think it is the greatest economic fraud visited upon the Plains tribes since the allotment period of the late 19th Century. I don’t like the word fraud but fraud is what it was. I think their economic opportunity was taken away.”

No tribe has been savvier with their earnings than the Chicksaw.  In addition to building up new casino properties they’ve invested millions of dollars in out-of-state campaign donations and Washington and Austin lobbyist fees.

The tribe has business operations beyond its own casinos. It leases gaming machines to poorer tribes and its subsidiary, Global Gaming Solutions, is becoming a national player to partner in casino projects on both coasts, including most recently on Martha’s Vineyard. Stephen Greetham, senior counsel for the Chickasaw Nation, rejects criticism of the tribe’s reach.

“Everything we have done is lawful. And more importantly was the act of a tribal government acting within its own sovereign boundaries….There is very much a desire…to tenaciously work to protect this treaty homeland so the next generation of Chickasaws can have a foundation.”

The Plains tribes, which occupied much of the territory that was assigned to the Chicksaw in 1855, are frustrated and worried by the Chicksaw expansion.  The Comanche and Apache tribes depend on their small gaming operations for revenues and those operations are threatened by the increased competition from the Chicksaw casinos.

Washington shows no sign of being interested in mitigating the inequities and, in fact, seems happy to see the Chicksaw expand at the expense of the Plains tribes. But the issue is one that no one can ignore.