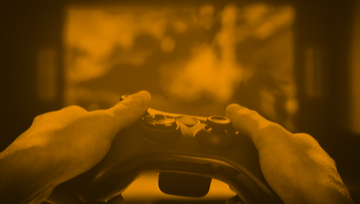 In March 2018 the Chinese government put a freeze on granting approval for new video games. The complete freeze ended in early 2019 but Chinese games companies are still feeling the aftereffects.  Luckily this does not refer to games found at a welcome bonus casino - like Grande Vegas - but rather your run of the mill video games.

In January 2018 the Chinese government announced that its 9-month freeze on licenses for new games was ending and that it would begin to review new titles and grant new licenses. These licenses are essential for developers who want to sell their games legally in China.

Licenses are granted by the propaganda department of the Chinese Communist Party. Tencent and NetEase were the first firms to receive new licenses. A reshuffling of China’s regulatory bodies for games prompted the freeze. Now, the State Administration of Press and Publication, which is under the direct control of the propaganda department, will be in charge of the new licensing.

China’s games industry is a billion-dollar market. Regulators clamped down because they wanted to ensure that illegal games that contain gambling, pornography, violence and other content deemed inappropriate would not reach the public. Regulators also objected to content that “rewrites history” – meaning, titles that don’t relate history or world politics as the Chinese government deems fit.  For instant, the Tencent Honor of Kings game was criticized by the Communist Party’s official paper because, according to the paper, it misrepresented certain historical Chinese figures.

China is also grappling with issues such as gaming addictions and underage gambling. Officials want the industry to take a stronger role in “social responsibility.”  A number of Chinese gaming companies, including Tencent and NetEase, are trying to meet new guidelines by placing time limits on underage players, utilizing facial recognition software and more.

The regulators are well-aware of the impact that the gaming industry has on the Chinese economy. The industry is China’s biggest.  The government has made it clear that studios are expected to expand overseas. Expansion, the government hopes, will open a new, lucrative, tax base while simultaneously promoting Chinese culture abroad.

The halt in game approvals took a toll on the world’s largest gaming market. In 2018, Chinese games generated $40 billion in revenues.  Tencent is the world’s largest game publisher but the freeze created a situation that made it impossible for the company to cash in on popular titles. Tencent’s gaming revenues slipped by four percent during the third quarter of 2018. The company tried to compensate by reorganizing and putting more focus on enterprise services.

When the freeze went into effect, Tencent had 15 games with monetization approval in its pipeline. Now that the games can be licensed, Tencent should be able to get back those gaming revenues.

“This is clearly very encouraging news for China’s gaming industry,” a Tencent spokesperson said. “As the review and approval process for games resumes, we are confident that Tencent will be producing more compliant and higher-quality cultural work for society and the public.”

Ilya Gutov, business development director at APPTUTTi, a company that helps overseas games enter China, was also optimistic. Now, Gutov says, smaller players also have a chance to move ahead in the revived market. “The size of the gaming company does not matter. It matters how fast the company can be adapting to the new set of rules and guidelines” Gutov said.

With the freeze ended, it may take some time for China’s gaming companies, both large and small, to put out new big titles. The first round of approvals by China’s State Administration of Press, Publication, Radio, Film and TV included 95 new games.  The pace of new approvals is slow and some of Tencent’s key titles such as “Fortnight” and |Player Unknown’s Battlegrounds” have not yet been greenlighted.

Gaming represents about half of Tencent's overall Web take, and the company is further enhancing its anti-addiction system by requiring facial recognition checks of some player before they can log into Honor of Kings.  Tencent is also pushing ahead with game development abroad. They’ve signed a distribution partnership with Singapore's Sea and launched mobile versions of the PUBG game in the U.S.

Meanwhile, Tencent is wringing additional revenue streams from newer business lines like streaming video and cloud computing, though heavy investments in these areas are expected to suppress the company's once lucrative margins.

For NetEase, the stake are higher.  NetEase is almost totally focused on games so if game approvals don’t start to move at a faster pace, it will be a massive issue for the company. The NetEase mobile titles are designed specifically for the Chinese market and the company has already lost 32% of its market value.

In the meantime, NetEase has been pushing its e-commerce business and has also launched more games overseas. NetEase’s games revenue from outside China has grown, creating speculation that such a venture might be the company’s future.

The companies that have been hardest hit by the freeze are the card and poker game developers. Chinese media has been exposing gambling schemes that it says were linked to OurGame and Boyaa Interactive, two Hong Kong-listed game developers.

Ourgame said that some of its poker gaming unit employees are being prosecuted for "utilizing the company's games platform to engage in personal activities contrary to the gambling laws of the PRC." Boyaa has reduced its workforce by almost 30% and OurGame has laid of 40% of its employees.

All of this has started to impact to startup finance in China. Chinese start-up software companies are finding it harder to get financing and there are fewer start-up projects with which to work. Hu Bin, a partner at Qiming Venture Partners, a Chinese investment firm, says that his firm is exercising caution as it lowers its investments in the gaming sector. "We now have higher requirements on a team's sustainability," he says. "We are only looking at companies with truly innovative games."