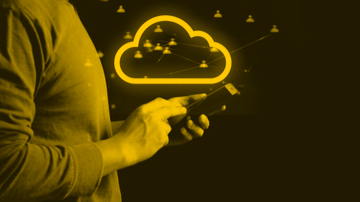 Cloud gaming has been around for a few years but its popularity is growing as new services become available. The idea behind cloud gaming is that people will be able to play their favorite games and access their Grande Vegas no deposit bonus codes without the need for consoles that include powerful PCs or consoles with expensive graphics hardware. Like streaming videos, the cloud gaming server operates the game. A video of the gameplay is streamed to the gamer. The player’s mouse, keyboard and controller input actions are sent to the cloud gaming server over the network.

All of the heavy work is done by the remote server. The computer receives the streaming audio and video as it sends input commands.  It’s similar to a streaming video service, but it offers interactive capabilities. Gaming developers should be thrilled but there are many in the gaming industry who have reservations. They worry that the ascent of cloud gaming may spell trouble for more traditional game genres.

There are already several cloud gaming platforms available. They include PlayStation Now, OnLive, Shadow, Stadia and xCloud. Although the technology is still in its infancy, these platforms work surprisingly well considering the technical challenges that they must overcome, especially those of image compression and latency. There’s a lot of curiosity about these platforms and many gamers have been taking advantage of the opportunity to play “free trial” versions of the games to see how they work.

Many players like the cloud games because there’s no need to invest in expensive hardware or upgrades in order to play. Cloud games play on existing hardware or by using a streaming box and controller that plug into a home TV and home network.

The games play on any operating system. Gaming becomes more platform-independent so any tablet or PC that runs iOS, Linus, Mac, Chrome, OS, Windows RT, Android or other major operating system is compatible with the service. Games integrate into TVs and other devices – again, without the need for expensive gaming hardware. Any television set with a controller and the correct software will work. Some smart TVs already include this feature in their cloud integration.

Many of today’s non-cloud games require a download period. However, cloud games are up and ready to be played within minutes. The server has the game installed already so the gamer can start whenever he’s ready. For spectators, the option is even more alluring – since there’s no need to install the game, professional gaming matches are easily accessible on video stream.

The news isn’t all positive however – many dedicated players are disappointed that, because the games are compressed to take up less bandwidth, the gameplay video isn’t as sharp and high-detailed as that found on non-cloud platforms. The cloud games also require a lot of bandwidth. That means that, for people with bandwidth caps on their Internet connection, the cloud games may eat up their data package.

Many cloud gamers have become disappointed with the reaction time of cloud games. Games react to commands and actions more quickly when they run on a local computer than on the cloud. When the mouse movement needs to reach a computer, the reaction time is less than when it has to travel over an Internet connection, be compressed and rendered and then travel back. Designers admit that, no matter how much the technology advances, powerful local hardware will always have less latency than cloud gaming services.

Cloud gaming hasn’t really caught on yet but many of the big gaming companies are investing in the new technology, so the future is far from clear.

Some observers believe that cloud gaming signals a new gaming landscape in which developers and publishers, looking to make a profit, will be forced to focus on “post-sale monetization.” Game-makers might turn to expansion-packs and micro-transactions to try and make up for lost sales. Even as the technology to create more expansive and immersive virtual worlds flourishes, publishers might be forced to focus more on concepts such as depth, storytelling and characterization in order to monetize the game.

Tom Wijman, senior games market analyst at Newzoo, explains. “The most profitable games at the moment are free-to-play. Through patching, continuous content additions and in-game monetization, developers and publishers are less likely to crumble under the market pressure if they cannot charge $60 per title. At the same time, it does endanger the large-scale single player experiences because those are far more difficult to monetize post-launch than multiplayer titles.”

Even with all the concerns, by 2026, the global cloud gaming market is expected to be valued at $6.9 billion. If this comes to be, it can be expected that the average gamer will no longer buy individual games but, rather, will subscribe to cloud services to gain access to a massive games library.

The question is, will game developers and publishers be making only a fraction of the profit per virtual copy played? If that scenario plays out it will make it impossible to put the time and effort into developing the kind of top games that are coming out today. It will simply not be commercially viable. Some analysts say that developers will be tempted by the easy money they could make putting out lesser-quality products that have micro-transaction options.

Another possibility would be that there would be more titles aimed at niche audiences as opposed to games that appeal to the mass market. Those in the music industry say that they are seeing this happening in the music business where music services like Apple music and Spotify lead to lower and fewer royalties paid to artists – these days, most performers are turning to merchandising and concert revenue to make up for that loss of income.

The stream-i-fication of the gaming industry seems to be following the type of pattern that the music industry is seeing and it is changing the gaming landscape worldwide. Developers and publishers are trying to get a handle on the change before it rolls too far – perhaps by persuading the cloud services to pay developers according to the number of hours that a game is played or to make deals that make exclusive story games available only on a particular platform.

Cloud gaming has the potential to bring a whole new audience into the gaming world. But the way that it evolves will have a huge impact on the type of games that will be made in the future. It’s vital that pricing strategies and royalty payments move forward in a thoughtful manner so that the games continue to offer the kind of quality gaming that players have come to expect.