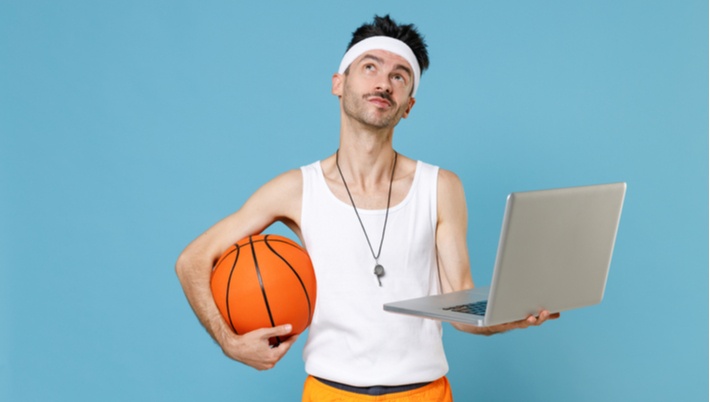 While online casinos with their hot promotions and no deposit bonus codes have blossomed during the recent lock-downs, professional and collegiate sports have been hit hard - very hard.

College athletic programs are in disarray. Even at colleges which are holding in-person classes, the sports programs have been downsized or cut completely for the immediate future. All Big 10 football games have been scratched and other games are under the threat that they could be cancelled at any minute. Bookies are missing out on millions of dollars in college retail and sports wagers and are encouraging the colleges to focus on how to improve the situation.

As with classroom sessions, the focus at many colleges has turned to what can be done remotely. At many schools, the option to invest in esports competitions is being investigated as an idea that might offer a satisfying solution. “A lot of the esports activity that we have been hosting in person can also take place entirely online without impacting pretty much any of the operations,” said Michael Fay of the  Rutgers University’s eSports Center.

Rutgers built their esports center last year and it is fully equipped with 60 state-of-the-part PCs which are suitable for any type of video gaming. The studio has a broadcast studio to broadcast competitions and a lounge where the Rutgers student-players can gather to relax while they discuss strategy and review game play. Rutgers’ center hasn’t opened yet – the pandemic has kept it shuttered. But the school is facing millions of dollars in lost revenue from the topsy-turvey football season and it’s now ready to open the center, hoping that esports will help mitigate that loss.

National Association of Collegiate eSports (NACE) executive director Michael Brooks believes that it’s important that everyone accept the fact that esports isn’t going to fill the financial hole that the absence or reduction of college football has created.

“There is revenue that’s out there. Is it anywhere close to what the bigger schools with basketball, football are seeing? The answer is no. It’s not there. It’s not even close. We’re still trying to figure out what revenue models are out there.”  However, ticket sales for tournaments, donations and corporate sponsorships might help only on a limited basis.

The initial investment that a school would need to make – a training center and top-of-the-line gaming computers – comes out to much less than the investment that a college needs to make to run a first-class football program. But with budgets getting cut left and right, even that small investment is deemed too risky by many schools.

“I don’t think there’s been a really good case study showing that there’s been any profit coming from these things yet” says the James G. Martin Center Think Tank’s Anthony Hennen. “I don’t imagine many baby boomers are gonna give up on NCAA football and instead pivot to watching their local university play on Twitch.”

Still, some schools are starting to investigate the possibilities. Brooks says that NACE has received in uptick in inquiries and more colleges are offering esports scholarships.

If esports can prove that its fan base will bring in revenue, the colleges may be more willing to invest in fielding esports teams. Matthew Williamson, esports coach at Marietta College in Ohio says that  “More people are getting invested in watching people play video games. And we’re seeing that same hype trickle down to the collegiate level.”

“The energy behind a lot of these programs, and a lot of these teams, has grown out of student organizations. Almost all esport varsity teams started as student organizations or clubs. So, the big push right now is to get those clubs to get into the varsity point where they can get funding from the university” said Norris Howard,  the head of collegiate esports content at Beasley Media.

He points out that, just like other college sports, esports tournaments draw fans, spectators, and money. Esports stadiums can be easily revamped from underutilized spaces like pool table rooms and arcades, giving the school an esports presence without committing to any type of major building investment.

Other than the network infrastructure, says Scott Schroeder  director of visualization at sports architecture firm Perkins+Will, everything can be put up and ready to go quickly.

But, Schroeder says, the college must be committed to the infrastructure investment. "Your esports program will live and die by your internet and the network within the building," Schroeder noted. "You know, if you're at a football game and the internet goes out, you can still watch the football, but maybe you can't tweet about the great play. But if you're playing Dota and the internet goes out, that's it, I mean the game's done."

As with traditional sports, joining an esports program offers benefits to students. Many colleges and universities give esports scholarships. eSports competitors and fans may choose to study a related academic program such as marketing, esports medicine, video game design or animation.

The move towards esports has moved down to the high school level where the high schools are focusing on ensuring that their students continue to receive scholarships to college. The move has triggered some backlash from fans of traditional sporting events but even some high school football coaches are promoting esports for high schoolers. "I was dubious at first and kind of balked at the idea," coach Matt Mooney  of the Dearborn Divine Child High School said. "Now I'm at open houses advocating for it. There are so many similarities to traditional sports.

The NCAA is sticking to its April 2019 decision that defers on moving esports to its governance umbrella. A proposed platform could have helped mitigate, to a degree, financial losses around traditional sports but although a global pandemic was the last thing on anyone’s mind a year-and-a-half ago, even then, many observers felt that the board’s decision was short-sighted.

The board’s unanimous vote was based on three considerations:

Many are critical of this reasoning. Regarding Title IX, certainly more women could be brought into the esports events. And as for violent games – what is football?

But the esports financial model argument, the critics say, is simply outdated.  NCAA calls its student-athletes “amateurs” which means that they can’t receive anything of value in return for their play. California however turned that model upside down in 2019 when it passed the Fair Pay to Play Act that permits California-based collegiate athletes to capitalize on their name recognition. Other states are now considering such legislation.

The NCAA may have lost their change to embrace esports but the void has been filled by NACE, the Electronic Gaming Federation (EGF), the American Collegiate eSports League (ACEL) and others. eSports on college campuses is an accepted fact of life and high schools, college athletic programs, bookmakers and others involved in collegiate athletics must now adapt.