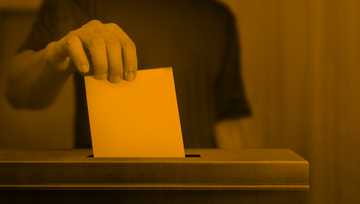 This November, Colorado voters will be asked to make the Rocky Mountain state the 20th U.S. state to legalize land-based and online casino sports betting.  If Proposition DD is approved, it will mark the first major expansion of gambling in Colorado since 2008.

Even if the referendum passes, no one is betting on huge revenues for the state. The voter-information guide, known as the "blue book", projects that the state will only collect about $16 million in average annual revenue in the first five years from legalized sports betting. Other analysts say that a  more realistic projection is for the state to realize between $6 and $15 million annually in the first 3 years. But the issue isn't only about money.  If the ballot measure passes, it will represent a major policy change for Colorado. Sports betting, which, though illegal, has been a time-honored activity for years, will be decriminalized, taxed and regulated in the state of Colorado

No one knows exactly what kinds of revenues Colorado can expect from legalized sports betting. However, everyone agrees that if revenues hit their targets, a critical state priority – water conservation – would receive some needed funds.

Proposition DD proposes decriminalizing sports betting in Colorado. If it passes, it will mandate a 10% tax on net sports proceeds (the profits that the casino realizes after winner payouts and federal taxes are paid). At present, Colorado casinos pay a graduated tax that can go as high as 20%, with the exact percentage to be paid based on their level of revenue.

The ballot will ask voters to consider:

Shall state taxes be increased by twenty-nine million dollars annually to fund state water projects and commitments and to pay for the regulation of sports betting through licensed casinos by authorizing a tax on sports betting of ten percent of net sports betting proceeds, and to impose the tax on persons licensed to conduct sports betting operations?

What it means is that, starting in May 2020, betting on professional and college sports,  motor sports, official video game contests, Olympic games and other esports would be legalized. Prop bets would be allowed for pro sports (prop bets involve gambling on the performance of a specific player, rather than a game’s outcome) but not for collegiate athletics.

If Proposition DD passes, gambling would be restricted to Colorado's three licensed casinos – Cripple Creek, Central City and Black Hawk.  The casinos would be able to accept sports bets with in person or online. The casinos could, theoretically, contract with an outside sportsbook such as FanDuel or DraftKings, as opposed to running their own apps. Or they could develop their own sportsbooks.

The referendum won't affect fantasy sports which was legalized in 2017. Regulatory changes could, however, occur in the future.

After covering the costs of the Colorado Division of Gaming, the state’s regulatory body, tax revenue from sports betting would cover funds which might suffer due to potential decreases from other forms of gambling and horse racing. Those funds might be directed to local governments, the state historical society and community colleges.

The next portion of tax would be set aside to cover government-managed gambling and addiction services. $100,000 would go to the state’s Office of Behavioral Health to prevent and treat gambling disorders. An additional $30,000 would go toward the Rocky Mountain Crisis Partners crisis hotline.

Many Coloradians are prepared to vote for Proposition DD because the remainder of the revenue would fund water infrastructure projects, including the state's water plan.  The water plan seeks to manage Colorado's long-term agricultural and urban water which is a major issue for the state, which foresees a water crisis in its future .

The push to legalize sports betting does not only affect Colorado.  In the 16 months since the Supreme Court overturned the Professional and Amateur Sports Protection Act – which Congress passed in 1992 – close to a dozen states have made sports betting legal in their jurisdictions and another dozen are poised to do so in the coming months. Teams and sports leagues are entering into partnerships with sports betting operators to promote their own interests as they reap financial benefits.

Suprisingly, opposition to Proposition DD is minimal among Colorado voters. Anti-tax groups aren't getting involved and the proposal is getting bi-partisan support in the traditionally conservative state.

The usual opponents of gambling have weighed in, saying that if sports betting is legalized, it will increase gambling addictions. In addition, opponents point to studies which show that states shouldn't rely too much on gambling revenue to meet public-service needs. Gambling tax revenue hasn't grown much since the 2008 Recession – it's simply shifted from one state to the next as  the markets change.

The numbers from other states which have already started to record income from  sports betting show that sports betting is different than regular gambling. It's dissimilar enough from other forms of casino gambling to draw in new gamblers and that's what state officials and other supporters are hoping.