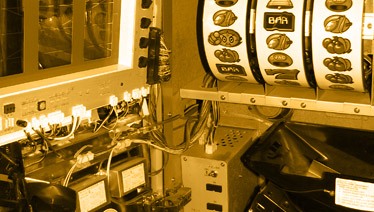 Activists have called on the Victoria government to end a special exemption that allows Melbourne's Crown casino to operate online Vegas games such as poker machines without a minimum spin rate.

Victoria law requires casinos to maintain a minimum spin rate of 2.14 seconds between each bet. A state-wide system, called "YourPlay" was introduced in 2015. The system allows players to monitor their spending on pokes and set limits so that problem gambling behaviors would be reduced. However, the system did not lock out punters who were able to continue to bet even after they'd reached a pre-set limit.

The exemption is not widely advertised but for players who are members of the program, they can play any one of up to 1000 unrestricted machines.

There have been numerous allegations that Crown Casino is handing out specially-made plastic cards which players can squeeze into poker machine button so that they can play longer and faster.

One YourPlay gamer described his experience "It [the poker machine] was accepting the bet and then stopping the reels in the 100th of a second," he explained. "I decided to see how I would go and I lost $100 in about 10 seconds if that….I just started laughing … I thought this is ridiculous."

The individual asked Crown to set up a $1,000 a week limit when he signed up but was dismayed by the casino's reaction. "They tried to talk me out of $1,000, they go up to $400,000 a week," he said. It was, he commented, the 'most irresponsible gambling imaginable'

He helped film the machines with the assistance of gambling reform group Bad Bets Australia to demonstrate the absurdity of allowing the casino to police itself.

This isn't the first time this year that the Crown Casino has earned the ire of advocates. The Victoria Commission for Gambling and Liquor Regulation fined the Crown $300,000 earlier this year after it illegally altered buttons on specific poker machines without commission approval. At the time, Anti-gambling campaigner Tim Costello said the investigation raised "serious questions about the culture and operation at Australia's biggest casino".

The Commission described the problem as having occurred when the casino changed machines' blanking plates which concealed play line options. Only minimum and maximum betting options were available which could mislead players.

A Commission spokesperson said that "the commission considers that the way in which Crown used blanking plates in the trial constitutes a variation to the gaming machines and therefore required approval by the VCGLR, and that Crown's failure to obtain approval means it has contravened the Gambling Regulation Act 2003."

Charles Livingstone, a gambling researcher with Monash University's school of public health, described the spin rates as a safety measure. "It's to ensure people have at least some small amount of time to consider what they are doing to change their bet," Dr Livingstone said. He explained that  machines without a spin limit were "unconstrained and uncontrolled" and could be termed the most "dangerous form of poker machine gambling you can imagine."

The situation is exacerbated by the fact that that, while other Victoria pokies machines have limits, Crown offers poker machines with no bet limits.

A Crown spokeswoman did not comment on why Crown operated such games or how unrestricted machines can be compatible with responsible gaming codes. According to the spokesperson, the casino operates its gaming machines in accordance with the law.

"Crown's entertainment and gaming experiences are enjoyed by the vast majority of our customers, however, we recognise that some of our customers have difficulties with their gambling and that's why we invest so heavily in our responsible gaming programs and services. Any suggestion by ABC that Crown is trying to encourage problem gaming is wrong and highly defamatory."

The Greens, who have never been on good terms with the casinos, are calling for the immediate removal of Crown's exemption. In response Marlene Kairouz, Minister for Gaming and Liquor Regulation, said her Labor Government was taking strong measures to reduce gambling harm. She warned that any practice that undermined that would be scrutinised. "People gambling on pokies should never be encouraged to spend above their limit and we would be very concerned if that happened at Crown. Anyone who has evidence of that should contact the Victorian Commission for Gaming and Liquor Regulation."

Bad Bets Australia spokesman Rohan Wenn was not impressed. "The major parties need to clean up the mess they've made" he said. The Greens, for their part, are trying to optimize the timing of the upcoming Victoria election by calling on the Government to remove the exemption for Crown immediately.

Party Leader Samanthan Ratnam said "These machines would be considered illegal anywhere else in Victoria, we don't see why Crown should be given these exemptions. These loopholes must be closed, and must be closed today."