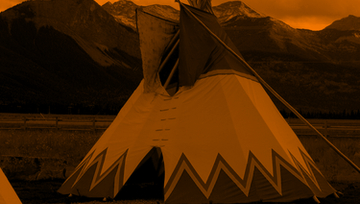 Native Americans, whose communities show the highest poverty rate in the United States and whose residents often live in areas where they don’t have proper access to running water, sufficient food or adequate medical care, are being impacted by the coronavirus more so than other communities.

Not only are these populations more vulnerable to the virus and less able to fight it off, but casinos, including the primary source of income for the entire region, has been cut off in one fell swoop.

Tribes enjoy a special status as operators of casino enterprises. The Seminoles of Florida were the first tribe to challenge their state laws in Florida by establishing casinos on their native lands. They opened the casinos in the 1970s after the Supreme Court ruled that states have no authority to regulate the activities in which native Americans engage on native lands (including reservations).

The Seminoles kept the state at bay and they were followed by the Cabazon Band of Mission Indians of California. Legal battles ensued but the Supreme Court consistently ruled that the Federal government must protect native sovereignty rights. This encouraged other tribes to try their own hand at running casinos.

Tribes couldn’t open casinos in states that hadn’t legalized casino gambling but in states in which casino gambling was legal, tribes were free to run casinos on their tribal lands and it was up to the Federal government to control those businesses.

In 1988 Congress passed the  Indian Gaming Regulatory Act (IGRA). According to IGRA,  in order to operate a casino, a tribe must enter into a “compact” with the state. The compact sets out the terms under which the tribe can operate, including the percentage of revenue that the tribe must pay to the state in taxes from the casino operation.

Another bill, passed by Congress in 2006, instructs the Bureau of Indian Affairs to set out procedures under which non-reservation Indians can operate casinos while allowing local communities more of a say in where tribal casinos may be located.

Tribal casinos generated approximately $33.7 billion in revenue in 2018. Figures have not yet been released for 2019 but it’s assumed that the numbers increased. The amount of revenue that casinos pay in taxes to the state governments varies greatly from one state to the next but so do the needs of the communities that the income is put toward.

In some tribes, members receive individual payments from the proceeds of their tribe’s casinos. Among other tribes, the money is put towards medical care, health insurance and education for tribe members. Some tribes take care of infrastructure needs and essential services for their reservation. In addition, the casinos provide employment for tribal members and funds are often used as start-up capital for business ventures started by the tribe’s members.

The coronavirus has hit native American tribes especially hard. Many reservations have a severely underfunded and understaffed health care system and large percentages of the people who are getting sick already have underlying health conditions. The Navajo Nation, which encompasses parts of Utah, New Mexico and Arizona, has a steady increase in coronavirus cases --- reservation residents are testing positive for COVID-19 at a rate of more than nine times that of other Arizona residents.

Small amenities that other Americans take for granted – like running water – are unavailable to many people who are forced to pump and carry their water --further exposing them to the virus.  Electricity is also not available to all and many homes aren’t accessible by a paved road.

Some of the inadequacies of reservation life were alleviated by the tribes’ casinos but in March, within the span of a few days, that source of income dried up completely. No one knows if and when the casinos will reopen or what the people on the reservations will do in the interim.

The economic impact of the closures is mounting. Analysts estimate that already, $1.5 billion in economic activity (both gaming revenue and non-gaming – hospitality, entertainment – revenue) has already been lost. Almost 300,000 people are out of work due to the casino closures. That has resulted in $332 million in lost wages. State, federal and local governments have lost $240 million in taxes.

Dr. Alan Meister is the Principal Economist of Meister Economic Consulting. According to Meister, “these closures are causing significant detriment to Native American tribes, many of which rely heavily on gaming related revenue to pay for tribal government operations, infrastructure, and social and economic programs and services for a Native American population that is already substantially disadvantaged.”

Meister notes that those statistics don’t even take into account the wider economic impact that includes the economic devastation to suppliers, employees and governments. In casting the net wider, he says, you can see that there’s been a $4.4 billion loss in economic activity with a total of 728,000 people out of work from the coronavirus closures. That’s resulted in $969 million in lost salaries and $631 million in lost revenue sharing and taxes

Kevin Allis, chief executive officer at National Congress of American Indians, said, “Tribes are in a really unique position because a complete disruption of funding for their governments is devastating. We will probably never see anything like this again in our lives.”