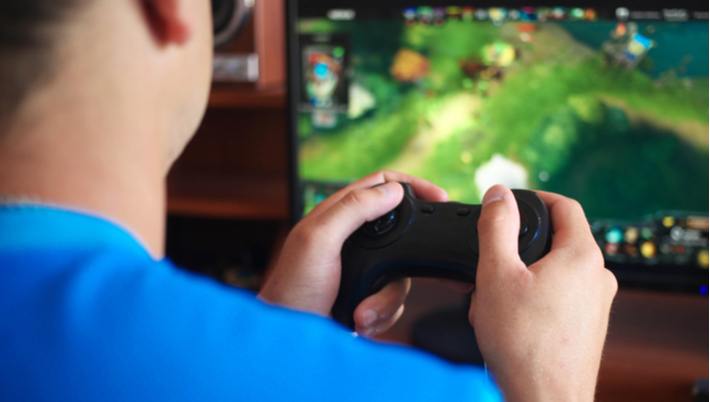 2020 has been a year of change for ....well, everything.  Online casinos with attractive promotions like no deposit bonus codes have been a big draw for people shut in the house during lockdowns.  But it doesn't end there in the field of online gaming.

Prior to 2020, fantasy sports operators paid little attention to esports. The word “sports” might have been in the name but esports was light years away from the kind of football, baseball and basketball sporting events that occupied most of the fantasy sports’ websites.

Less than a year later, esports is viewed by sportsbook operators, sports commentators, viewers, sports bettors and Fantasy Sports companies as a legitimate alternative to traditional physical sporting events. Even after the pandemic subsides, most analysts believe that esports will continue to occupy a central space in the world of sports – which means that it will continue to be a staple of DFS sites.

eSports has, in many ways, saved sports this year. Sports were forced to close down for months last spring due to the pandemic. Even after events resumed games were postponed, rescheduled and cancelled due to outbreaks within the teams and their staffs.

Around the world, everything that could possibly go online did and that’s where esports stepped in. The ability to run competitions online was tailor-made for the digital esportsworld and as people looked for ways to enjoy their sports-viewing pastimes, they found esports.

DFS was quick to cash in on the new sport and incorporate it into their sports catalogs. Sports fans can participate in esports events and competitions in the same way as if they were building a fantasy sports NFL team for the football season.

For one thing, esports doesn’t have a “season” – because everything is played digitally, games are played throughout the year. For another, once a viewer understands the ins and outs of a video game, s/he can become as involved in it as if s/he had been a lifelong fan – unlike physical sports, the viewer can even dabble a little in the game action him/herself.

FanDuel put DFS on its sportsbook last year and DraftKings has been offering DFS esports for several years. But neither DFS giant had made any effort to draw a large audience. eSports DFS was viewed as a low-level game option with low prize pools and few fantasy game opportunities.

The pandemic, however, created a vacuum of traditional sports. DFS companies were forced to shift their priorities and bring esports into the equation to keep DFS players and fans engaged and involved.

Over the course of the past year, esports contests have expanded. These include, most notably, League of Legends, Counter Strike: Global Offensive and Call of Duty. The games fit neatly into DFS because they are similar to other team-oriented sports and have an understandable competitive structure. In the meantime, the player base has also grown to include esports fans and a more general user base.

The entry of Alex “Awesemo” Baker for League of Legends as an enthusiast and a player, was a major step in helping to legitimize esports in DFS. Rotogrinders rates Awesemo as a No. 1 overall DFS player.

He’s also a cofounder of Awesemo.com which is a popular site for articles on achieving success in DFS and sports slate breakdowns. Awesomo’s credibility as a high-profile player was what was needed to feature esports alongside traditional sports powerhouses such as baseball, basketball and football on DFS sites.

VentureBeat quoted Baker as saying that “A lot of people have genuinely enjoyed the fantasy aspect of it, and it has a real feature in fantasy. There are a lot of advantages with fantasy because you can build it very far in advance — it’s a huge difference to something like soccer because you have a bigger window. The other advantage is the best teams are usually in Korea or China and the time difference allows it to be a contest you enter by itself because there is no direct competition during that [time]frame.”

Baker noted that, back in 2015, when he first played esports DFS, there was no software available that could create line-up builders or projection models. The contests were small making it a waste of time for anyone who wanted a return on their investment.

Now both interest and necessity are growing. According to Awesemo, the similarity to other established DFS sports and the fact that esports is a team-oriented game is fueling its newfound success as a DFS competition.

“It’s about the demand to play fantasy League of Legends and it’s affected by other sporting events” said Baker. "There are enough people that try it out and enjoy it that there should be some repeat customers. It will be smaller when other daily sports come back, but it really shines over the weekends. Timing is always everything.”

A Rotogrinders’ founder, Cameron MacMillan, feels that it was inevitable that esports would take off. Eymenambalaj quoted MacMillan who said, “There was a lot of hype and I think people just want esports to happen. DFS, at that time, didn’t work. It’s a social experience for traditional sports and there isn’t a place for that in esports.”

Today, MacMillian is COO of Better Collective Tennessee, one of the first companies to invest in DFS. Now that the demand for esports commentary and analysis has grown, Rotogrinders has added esports content to its site. Many of its contributing writers are covering DFS which is something that they never watched or played in the past.

“The audience was young and growing, and DFS extended more to the 18-45 age group with esports not near the end of that range. But it’s clearly something people want and it’s not going away. People continue to try to start companies in it and it’s just a cultural thing and the young generation will push through, but it’s just not there yet,” McMillian said.

Will esports remain a DFS staple?  McMillian believes that it almost certainly will. There are inconsistencies – contest sizes are still smaller than those of traditional sports and prize pools are smaller. But, observers believe that the infrastructure is developing to handle the new DFS opportunity and its growth has nowhere to go but up, especially as sports betting is becoming legal in more and more states.

“Now that there is an infrastructure in place, there should be a future in esports betting and in DFS. Many of the states in the USA will have sports betting legalized,” McMillan said. “A state like New Jersey that handles the most sports betting revenue has a clause that prohibits esports betting, because of concerns with the legality in esports. Esports needs a governing body like the bigger sports that come together such as the MLB association, so it can be safe on a case-by-case basis. There is an ability to bet on esports in Europe and the USA will have it if it continues to gain traction. DraftKings is a good barometer of interest, with prize pools that compare to even NBA contests.”