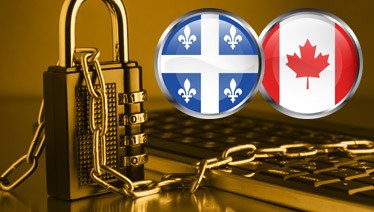 Canadian Radio-television and Telecommunications Commission (CRTC) has ruled that the Quebec provincial government Bill 74 violates Canadian Federal Law. The ruling was issued in response to advocates of freedom of Internet access and Internet service providers who protested that Bill 74 would restrict Quebec residents' free access to the Internet and would place undue hardships on Internet providers who were expected to facilitate the Bill's implementation.

Pro-Internet advocates welcomed the ruling. They had raised concerns that Bill 74 constituted censorship and violated the principles of free and open Internet access. In their ruling the CTRC wrote that the website blocking provisions of Québec’s Bill 74 are not compatible with Section 36 of the Telecommunications Ac which guarantees free Internet access to Canadian citizens.

The CRTC stated that The Telecommunications Act makes it impossible for Internet providers in Québec to block websites. Even if Quebec law requires the providers to block sites (in this case, offshore casino sites that are not listed on the list drawn up by government-backed Loto-Québec), Canadian law, which takes precedent, forbids it.

Bill 74 was presented as an amendment to the Consumer Protection Act . It required Internet service providers to block access to illegal gambling sites. These sites were determined by the Société des loteries du Quebec.

Critics have argued that Bill 74’s website blocking amounts to Internet censorship. Adherence to the Bill's stipulations will result in violation of the laws which keep the Internet free and open. The Public Interest Advocacy Centre (PIAC) brought the case before the CRTC. They requested that the Commission declare that Bill 74 is unconstitional and illegal based on its provisions.

OpenMedia argued that the website blocking provisions of Bill 74 would harm freedom of expression. Its intervention was based on the premise that Bill 74 would threaten the crucial role of Internet service providers if they follow the Bill's guidelines. PIAC's application was supported by multiple telecom providers.

Cynthia Khoo, OpenMedia’s external counsel, elaborated on the appeal. "These days especially, protecting ISPs as neutral transmitters of information is essential to maintaining free expression and a healthy democracy. Forcing them to block websites as Bill 74 does could amount to government censorship, and would set a dangerous precedent for Canada’s digital future. This is a great ruling for the CRTC to start wrapping up the year with, and hopefully they'll continue in this pro-Internet spirit."

The Canadian Wireless Telecommunications Association is also challenging Bill 74. They've taken the case to Quebec Superior Court. The law places stiff financial penalties on Internet providers who allow their customers to view sites forbidden by the government and the internet companies claim that it's almost impossible for them to effect the kind of blockage that Bill 74 demands.

According to Bill 74, Internet providers that refuse to block restricted websites would face fines of up to $100,000.

Brian Abramson, speaking for his company, Internet Service Provider Teksavvy, warned  that implementing the legislation would be "extremely complicated and extremely costly." Together with other Internet providers Teksavvy is challenging the Bill in Quebec Supreme Court based on several objections:

The Quebec Parliament made no bones about their reasons for passing Bill 74. They wanted to promote Loto Quebec, the province's quasi-independent and quasi-government-linked gambling site.

Loto Quebec is a crown corporation that runs the national Canadian lotteries, local provincial lotteries and the province's online casino gaming site for the benefit of Quebec. Its mandate involves conducting and administering lottery schemes as well as operating businesses that allow online casinos to operate in Quebec.

Some of the Loto Quebec products include:

Quebec pulls in millions of dollars every year in profits form Loto Quebec and parlimentarians  want to make sure that they the province doesn't lose that source of income. The growing popularity of offshore online casino sites frustrates Quebec lawmakers because the province doesn't benefit in any way from the offshore online gambling events. Loto Quebec and its parlimentarian supporters wish to see the corporation double their current gambling revenue of 1.9% by 2020 and pushed through Bill 74 in order to achieve this result.

Yet there are a number of reasons that gamers choose to play at the offshore casinos. It's easy to play at these sites, plus the sites offer hundreds of game options while Loto Quebec only offers a few dozen games.

The main reason that so many players prefer to play at the offshore casinos is purely financial --  online casino sites return larger payouts to their patrons because they don't have the obligations that Loto Quebec is under to direct a percentage of their profits to provincial projects and programs.

At present, Bill 74 is not being implemented due to the thumbs down by the federal communications regulator. Now the Province of Quebec will face that regulator in Quebec Superior Court. The first hearing is scheduled for March.

Depending on the ruling of Quebec's Supreme Court the case could reach Canada's Supreme Court. Opponents of the bill are prepared to pursue the case in order to protect Canadian citizens' right to free Internet access.