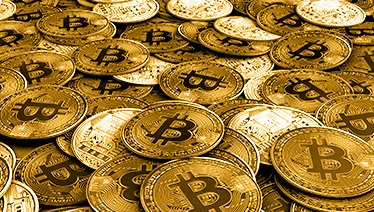 The evolution of cybercurriencies has been an evolving process but the first widely used cryptocurrency to become available for popular use came on the market less than a decade ago. Since that time numerous cybercurrencies have emerged, making it easy to make and accept payments anonymously.  Users take advantage of these cryptocurrencies to make payments for a wide variety of goods and services including to the online casino, for ticket sales, for online shopping and even for tax payments.

Some of the online casinos have taken advantage of the currency’s popularity while others are holding off, worried about the legalities of the secretive currencies and security issues.

Cyptocurrencies are digital assets that are designed to facilitate exchange of financial assets via cryptography. The cryptocurrency controls the creation of additional units and verifies the transfers of the assets. Control is decentralized and is not dependent on any central banking system.

Cryptocurrencies were first conceived in the ‘80s and in the ‘90s the idea developed further. The concept of an anonymous, distributed electronic cash system remained theoretical until 2009 when the first cybercurrency was created for general use. By 2011, Litecoin, a cryptocurrency that used scrypt, and Peercoin, which operated by proof-of-stake, started to operate.

Today many governments are coming around to the idea that there is a currency that they don’t control. Legisation is slowly being developed in most Western countries to monitor and exert a measure of control over transactions that are effected through cybercurrencies.

Many businesses, including online casinos, weigh the pros and cons of accepting cryptocurrency payments. While such payments can be helpful to players, there are significant security and legal issues that the casinos must take into account.

Some of the issues that casinos consider when deciding whether or not to accept cryptocurrency payments include:

For those who decide to utilize cybercurrencies, financial analysts suggest the following as the top cryptocurrencies:

Stellar was created by team of entrepreneurs, mathematicians and developers as a decentralized, hybrid blockchain. Stellar is fully open-source.

Ripple was launched in 2012 and, to date, has licensed its blockchain technology.

Most cybercurrencies employ a blockchain technology but Iota uses Tangle where there are no trading fees, mining or block systems. Transactions are validated by other users or nodes when the transaction is made. That means that every Iota owner is also an Iota miner.

Cardano is the newest cryptocurrency to be introduced into the marketplace but it already has 45 billion coins circulating around the world.Many users find this to be reassuring.