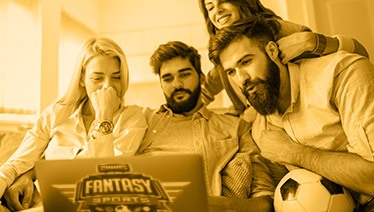 Some sports fans assume that the laws for sports betting are the same laws that apply to daily fantasy sports but that’s not accurate. Many states have specific laws that relate to DFS. The laws vary widely from one state to the next, with some encouraging DFS and others prohibiting it completely.  So when you're ready to take a break from your slots spinning at Grande Vegas Casino, check it out.

Fantasy sports is a multibillion-dollar business. Over the last decade, it has tripled in growth and there are no signs of DFS gaming slowing down. DFS involves fantasy teams which compete against each other based on actual major league teams’ or professional players’ statistics. DFS participants build their teams and then sit back and wait for the real world sports action to occur. What happens in the real world of sports determines wins and losses in DFS.

In a DFS game player selection takes place with a salary cap in place of the usual snake draft. Players don’t need to pay attention to bad situations and don’t need to relate to long-term sleepers. Instead, DFS emphasizes finding the highest amount of production at the lowest cost in order to create the most complete squad.

The other major difference between DFS and Fantasy Sports is that DFS involves betting.  When you play Daily Fantasy Sports you gamble as you enter a lineup and compete against other participants via players from your chosen league that are actively playing that day.

The gambling issue is the controversial concern for a number of state legislatures who have banned or limited DFS in their states.

According to the Fantasy Sports Trade Association (FSTA), approximately 56.8 million people play fantasy sports. Participants spend an average of $465 a year on fantasy games and DFS represents more than half of that estimated yearly spending.

The question of whether DFS sites like DraftKings and FanDuel constitute a form of gambling is a question being addressed by state legislatures and the courts. Critics argue that, due to DFS’s format, players essentially make proposition bets on the performance of individual athletes in specific games as opposed to managing the performance of their selected fantasy players on a week-to-week basis.

Supporters defend DFS and say that it’s a game of skill since it requires familiarity with the teams and the players and skill in salary cap management and the payouts simply reward skilled participants.

Each state has its own definition of whether or not a game is a gambling activity -- how much control the player has over the outcome of the game, whether a game's elements of chance are predominant over those or skill, etc. The question of DFS and the law is being tackled by state lawmakers around the country, with differing outcomes.

There are three pieces of federal legislation that have impacted fantasy sports, The first, the Interstate Wire Act of 1961 (the Wire Act), prohibits wagers from being made over the phone. Legally, the Wire Act applies to Internet communication as well. A few states have begun to allow Internet sports betting which also applies to DFS so it remains to be seen whether the Wire Act will withstand the test of time.

The second piece of legislation is the Professional and Amateur Sports Protection Act (PASPA), which, until May 2018, made it illegal to wager on sports throughout the country. (The law exempted Nevada’s sports wagering operations as well as the sports lotteries in Montana, Oregon, and Delaware since they were operating prior to the legislation’s passage in 1993.) PASPA was overturned the SCOTUS last year so unless Congress passes additional federal legislation on sports betting, any additional sports betting or fantasy sports betting regulations will need to come at a state level.

The Unlawful Internet Gambling Enforcement Act (UIGEA), a law that specifically made Internet gambling illegal, could also have impacted fantasy sports  but the law includes a specific exemption for fantasy sports, dependent on them meeting three requirements:

These protections were built into UIGEA before DFS sites existed so the effect on DFS sites is unknown.

Other states rely on other laws, court precedents, opinions of state attorney generals and even public statements to predict or determine the legality of fantasy sports in their jurisdictions. According to observers, fantasy sports is commonly considered a legal activity when it passes the “dominant element test.” The dominant element test accepts that there a percentage of chance is involved in many legal activities, such as investing in the stock market. If success is dependent on the amount of skill over the amount of chance, the activity is not deemed to be gambling.

FanDuel and DraftKings, the two largest DFS sites, argue that daily fantasy sports relies on the skill of the participant. Thus, DFS does not involve games of chance so state gambling laws do not apply to them.

There are a few jurisdictions where the legal status of fantasy sports has not yet been decided. This has occurred where there were public assertions by the state about fantasy sports’ legality, unfavorable court opinions or a more stringent definition of a “game of chance.” This is the situation in Louisiana, Iowa, Arizona, and Washington where there’s so much uncertainty that the fantasy sites don’t allow players to connect in those states., Lawmakers in such states are working to clarify their laws to allow for fantasy play.

In other states, legislators are working to remove the statutory provisions that prohibit online fantasy play and to allow their state lotteries to offer daily fantasy games.