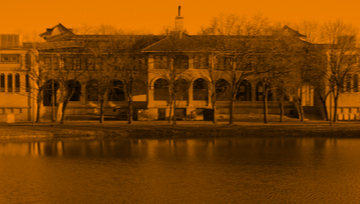 Detroit casinos are preparing to offer legal sports betting, even though the state of Michigan has not yet legalized sports gambling in the state. The Detroit casinos are pushing to cash in on the lucrative activity which is already up and running in 10 states – including in neighboring Indiana and Illinois. No doubt they'll entice new gamers in with the ever-popular, and lucrative casino sign up bonus.

Detroit is one of America's biggest sports towns. The city hosts teams that often make it into the championships – the Detroit Lions football team, Tigers baseball team, Red Wings hockey team and the Pistons basketball team.  In addition, the Michigan college teams have big followings nationwide.  The loyalty that Michigan fans have for their teams could easily translate into hundreds of millions in annual revenue for the casinos and tens of millions in tax revenue for the state.

Penn National is the new owner of the Greektown Casino, located near Ford Field near Comerica Park. They have entered into agreements with internet gaming operators who will facilitate bringing sports betting to 41 venues in 19 other states – that includes Michigan’s two Penn National Casinos which will be able to take advantage of sports betting opportunities when the Michigan legislature legalizes sports betting in the state.

Eric Schippers, senior vice president of public affairs for Penn National said, "We're envisioning what (sports betting) could look like if it were passed. Michigan is leaving a lot of money on the table it could be generating in tax revenue and benefits that could be funded from this. There's natural pressure to strike while it's hot. We're hopeful Michigan won't allow itself to get left behind."

It’s surprisingly that Michigan has not yet legalized sports betting. The state was once leading efforts to legalize U.S. sports betting nationwide. However, pending legislation for the state was vetoed by Governor Rick Snyder last December and it’s unclear whether proponents can get a bill passed this year.

Rick Snyder is no longer Michigan’s governor but many of the same questions that dogged him about legalizing sports betting in Michigan continue to take front and center stage for the administration of current governor Gretchen Whitmer.

The legislator who is the most active in pushing the Internet Gaming Package, which would include sports betting, is Representative Brandt Iden of Oshtemo Township, near Kalamazoo. Iden had hoped to get sports betting up and running by the September NFL kickoff but that didn't make it for 2019.  Now he’s hoping for the 2020 season.

Iden is getting ready to introduce a bill that would establish legal sports-betting rules and set a tax rate of 8% for both sports betting and Internet gaming. Whitmer's administration is challenging the 8% tax rate. She would like to see a tax rate of 15% for sports wagering and up to 40% for internet gaming. She worries that new gaming options could pull business away from existing land-based casinos and from the Michigan Lottery. That would leave  Michigan $28 million short of the projected loss that would result from the lottery’s lost revenues. That’s money that currently funds the School Aid Fund, meaning that $28 million would be eliminated from the state education budget.

Iden disagrees. He believes that most of the estimated $225 million in Internet Gaming tax revenue would be new. Lottery players, he believes, won’t forgo buying lottery products in favor of sports betting. Internet gaming participants and lottery's players “are two different individuals…..they play on everything…..this is going to be a net revenue win for everyone who participates. We are in the throes of negotiating the tax rate. There is room to go into the double digits on this, but 40% isn’t even in the realm of possible.”

Michigan casino operators are willing to meet the state half-way but they’re obviously not going to do anything that will create a situation in which they lose money. Penn National has indicated that it is open to negotiating the tax rate. But, said Jeff Morris, Penn National Vice President of Government Relations and Public Affairs, sports betting margins are small.

On an average $100 bet, $95 goes to the bettors. The remaining $5 is used to cover state and federal taxes, marketing, operational expenses and other costs. "Therefore, a high tax rate can make it unprofitable." Morris notes that Iowa’s tax rate is 7.5%, the Indiana's tax rate is 9.5%, and Nevada's is 6.75%.

Idan is undeterred. He is working with the Detroit casinos and with Michigan’s tribal casinos to move legislation forward. He believes that the casinos have the clout to get the bill passed.

Penn National, which has only been in the Michigan market for a few months after acquiring the Greektown casino in May, is banking on sports betting being legalized soon. "We think sports betting at Greektown would be terrific for the property," Schippers said. "There's so much energy there before games. It would be a great shot in the arm for the property and for downtown Detroit.”

Penn National’s plans include operating its own online sportsbook (a “skin”) from the Greektown casino once Michigan legalizes sports betting. "We believe by retaining control of that primary license," Schippers said, "we control our future." National agreements would ensure that two other companies would be able to operate sportsbooks in Michigan. Penn would have the first “skin,” The Stars Group would have a second and mobile sportsbook theScore Inc. would receive a third skin.

The Iden bill would allow a casino to have at least two skins, one for sports wagering and the other for internet gaming. Iden’s bill would also allow for wagering on college-level games.

Detroit Casino’s biggest competitor is across the border, in Windsor. The Caesars Windsor Hotel & Casino is located just a mile away, across the Detroit River. It offers sports betting and contributed nearly $3.9 million in non-tax gaming revenue to the city of Windsor during just the first quarter of 2019.

Brian Masse New Democratic Party member of Canada's parliament for Windsor West. Says "Obviously, not being capable of having a product puts you at a disadvantage," Masse said. "It’s hard to quantify what the impact (of legalization in Michigan) would be. It’s not something that would be a preferable situation to be in. It will be a competitive advantage (for Michigan)."

If that's the case, he said, Canadian casinos would have to rely on other methods to attract American visitors such as advertising how the strength of the U.S. dollar goes further there.