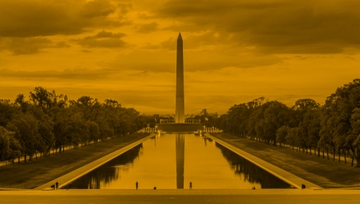 The Department of Justice’s 2018 interpretation of the Wire Act as it relates to Vegas casino online gambling continues to be controversial and confusing. Opponents of the Act, including online casino operators, have already filed suit in Federal Appeals Court to halt the Trump administration’s interpretation, which bans interstate internet gaming. However, most observers expect that the issue will ultimately reach the Supreme Court.

The issue has become a flashpoint among gambling operators. Panelists discussed the status of the Act during the first day of the G2E conference, the world’s largest casino industry event. The 2019 event, which has attracted over 27,000 attendees, is was held at the Venetian Congress Center and the Sands Expo and Convention Center.

The Wire Act was adopted into law well before the introduction of the Internet. Over the last 20 years, gamblers and betting operators have pushed to have the Act updated to account for the presence of online gambling activity. The first DOJ attempt to answer this came in September 2011 when the Justice Department released a formal legal opinion on the scope of the Act. The opinion stated that "interstate transmissions of wire communications that do not relate to a 'sporting event or contest' fall outside the reach of the Wire Act.”

However, in November 2018, a new DOJ opinion reversed the 2011 opinion.  It stated that the Wire Act’s prohibitions are “not uniformly limited to gambling on sporting events or contests.”  Basically, the DOJ was saying that the Federal Wire Act applies to all gambling and not just sports betting.

In February of this year, the New Hampshire Lottery Commission filed a complaint in the US District Court for New Hampshire that asked that the court vacate and set aside the OLC’s new opinion. Since the Commission relies on interstate transactions to facilitate its lottery operations, they argued that the 2018 DOJ opinion could result in the loss of millions of dollars in profits.

In June 2019, U.S. District Court Judge Paul Barbadoro issued a summary judgment that set aside the 2018 OLC opinion and determined that the Wire Act “is limited to sports gambling.”

The development of the internet blurs the definition of what constitutes federal communications as defined within the Wire Act. The issue is complicated by the fact that, even within land-based casinos, data related to wagering are routinely transmitted in online communications. Some analysts say that it’s also possible that data packets can bounce off out-of-state cell towers when transmitted through cellular telephone communications, even if a communication occurs within a state’s borders.

For Lottery officials, the question is whether multi-state lottery games such as Powerball and Mega Millions would be deemed illegal. These games involve players from multiple state who compete together for the prize. If the DOJ interpretation of the Wire Act stands, the multi-state games might need to be discontinued.

At the G2E Conference, panelists debated about what may come next.  Lottery officials in states throughout the country have the same concerns as the New Hampshire Lottery – their multi-state lottery games, which are highly lucrative, would have to be discontinued. Online gambling owners, including casinos with online betting options, online sports betting sites and offshore casinos would find it impossible to function.

Panelists at the G2E conference included gaming officials, attorneys and companies that have manufactured keno, poker and slot machine titles that function on both land-based and interactive platforms. They agreed that, regardless of the Appeals Court ruling, the matter is likely to go to the Supreme Court. However, since a new administration could take over in 2021, a different interpretation of the Wire Act could be issued in the interim.

According to Greg Brower, a shareholder in the Brownstein Hyatt Farber Schreck Vegas property, the Justice Department is handling the Wire Act irresponsibly. “Of all the compelling priorities the Department of Justice has or should have — counterterrorism, other national security cases, violent crime, real organized crime activities, illegal gaming operations, child predators — it’s really hard to imagine devoting resources to aggressively addressing a problem that arguably doesn’t exist.”

The first briefs for the Wire Act appeal will be delivered on November 12th. The case is scheduled to be heard in 2020.

The United States Court of Appeals for the First Circuit, will receive briefs from Attorney General William Barr, on behalf of the DOJ, in just a few weeks. Once the briefs are delivered the New Hampshire Lottery Commission will have 30 days to respond. The DOJ will be given a chance to file a reply and the court will then set a date to hear oral arguments.

The DOJ’s position may be impacted by the recent resignation of Deputy Attorney General Rod Rosenstein who issued the new interpretation under the administration of President Donald Trump.  Trump counted on Rosenstein to push forth his agenda within the DOJ.

Trump himself may be more involved in the issue than either he or the DOJ is letting on.  Trump is dependent on contributions from Las Vegas Sands mogul Sheldon Adelson. Adelson has been the Republican Party’s largest donor in each of the last two election cycles and contributed $20 million to Trump’s 2016 campaign. He has stated repeatedly that he will do whatever it takes to eliminate online gambling. Adelson’s Coalition To Stop Internet Gambling has spent years and millions of dollars in its efforts to ensure that the Wire Act is interpreted to ban internet gambling wherever possible.