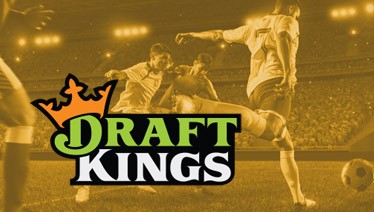 In an creative move that’s bound to bring the sports betting industry to a new level, Draftkings has announced that it is inviting sports bettors from around the country to participate in its first annual Sports Betting National Championship and enjoy no deposit bonus codes.

DraftKing, a fantasy sports company that has become involved in sports betting, announced that, during the weekend of the NFL divisional playoff games in January, bettors will be invited to compete in a sports betting contest with a $1 million prize for the winner and another $1.5 million in additional guaranteed prizes.

The playoffs are scheduled for January 11th – 13th 2020. Interested individuals can qualify to enter the contest by buying in directly for $10,000 or via participation in one of the special DraftKings fantasy contests. The event will be held in New Jersey – one of the states where sports betting is legal – and physical presence in New Jersey when the event takes place is required (though participants do not need to be New Jersey residents).

To participate in the contest, punters need to start with $5,000. Using that $5000, they wager on sports at the DraftKings Sportsbook app for three days.  The person who wins the most money during the contest wins the million.

What DraftKings is doing involves letting people bet on anything they want via the company's mobile app while the contest is compacted down to a single weekend. Observers see the DraftKings contest as one of the first to capitalize on the opening up of the U.S. sports betting market post-May 2018.

Up until now, sports betting in the U.S. generally involved betting on the outcome of a game, either on the moneyline (betting on who wins, with a bigger payout for a wager on an underdog), the point spread (one team favored to win by x points) or other straight bets.

If the divisional playoffs can activate a $2.5 million contest, it’s certain that some of the other big sports contests will also have their own sports betting competitions

Super Bowl:  logic dictates that the Super Bowl will attract attention and stimulate sports betting operators to be creative in developing a contest around the event. Some operators are already talking about a super Bowl squares contest. A squares contest involves big game parties, held around the country, so that people can enjoy food, drink and company while they place their bets.

March Madness: The men's college basketball tournament is another major sporting event in the U.S., made even more enticing by its month-long time span. Sports betting operators already started organizing bets on the 2019 March madness and by 2020, the contests will probably be better-established.  Bracket contests are a possibility everywhere but New Jersey where it’s illegal to collect wagers on events that involve New Jersey colleges. If no NJ schools are involved, that’s no problem for those in the Garden State.

Live betting is one of the most exciting advances in sports betting and the idea of creating a contest around betting at an actual sporting event shows a lot of promise. Live betting isn’t common yet but it’s slowly making its way into many arenas.

According to the law, new companies must register if they want to offer DFS in Alabama and complete the waiting period before they start operating. FanDuel and DraftKings, however, who had been operating in Alabama before the state’s Attorney General declared that such betting

Some new companies have complained that the waiting period for new competitors could allow FanDuel and DraftKings to build their user base so by the time competitors can enter the market, after the SEC football season, they will have cornered the market.