DraftKings or FanDuel – What’s the Difference? 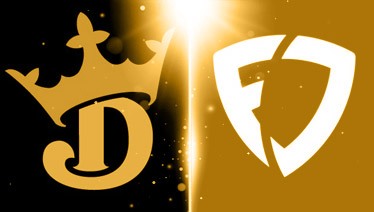 Fantasy Sports – and daily fantasy sports – is one of the biggest phenomena of the 21st century. Fantasy sports – when you join a league, build a fantasy team and compete in fantasy competitions – was conceived in the late ‘60s and enjoyed a small measure of popularity through the final decades of the 20th century. Interest exploded in the early years of the 21st century when online Vegas casino players discovered that, while playing fantasy sports, they could make sports bets which were otherwise illegal in the United States. Two companies, FanDuel and DraftKings, emerged as the fantasy sports kingpins. These sites facilitate participants’ interactive engagement, bets and payouts and other fantasy sports gaming pursuits.

If you’re a beginner, you probably want to check out these two companies before you start playing. As you aim for the top results you won’t want to make your choice until you’re clear about the differences in rosters, salary caps, spreads and rules.

If you’re on FanDuel, the rosters lock immediately at the start of your contest. You can’t take more than 4 players on a specific team. If you go to DraftKings you can edit your roster up until 5 minutes before game time and you won’t have any limit on how many people you can take on a specific team.

For example, on DraftKings you can edit a player even though the rest of your entry has started. At the beginning of the contest, FanDuel locks immediately for the entire entry. Many players find that that difference makes it much easier to play on DraftKings while others like the challenge of FanDuel’s player lock.

The main scoring differences between the two sites are:

On both sites, salaries are configured on Sunday nights. Salaries determine the players’ projected points for that upcoming week.  On FanDuel you have a $60,000 salary cap to draft 9 players while on DraftKings you have a $50,000 salary cap.

Beginners may do better playing with DraftKings. DraftKings offers "Beginner" contests which are open to any competitor who has played less than 50 contests in a specific sport. This gives novices the chance to get their feet wet in fantasy sports competition by playing against other players who don’t have a wide range of experience.

There are individual characteristics of both sites and specific tips for each site. They include:

Some fantasy sports tips are applicable to both FanDuel and DraftKings.  They include: