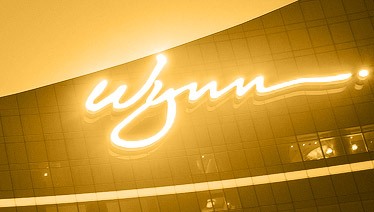 Over the last few months things have been moving quickly for Elaine Wynn. Ms. Wynn was embroiled in a court case with her husband for many years as he tried to exclude her from the decision-making process in the Vegas games company that she helped him start.

But since December, when news of Steve Wynn's sexual misconduct became public and he was forced to step down as company CEO, Elaine's star has been rising. First, Ms. Wynn finalized an agreement with Wynn that resolved all outstanding legal issues and allowed both parties to sell their shares in Wynn Resorts. Steve Wynn immediately sold his entire portfolio of Wynn shares, making Elaine Wynn the majority shareholder in Wynn Resorts.

Now Ms. Wynn is focusing on regaining control of the company's Board of Directors so that she can sway the future of the company. The "legacy board" (Ms. Wynn's term for the board that served her ex-husband) is resisting but Ms. Wynn continues to push. She is trying to oust sitting director Jay Hagenbuch at the end of his term this month.

Ms. Wynn wrote, in part, “He was on the compensation committee when Mr [sic] Wynn’s pay was called into question in 2015,” adding that, “The company did not hold a say-on-pay vote in 2015 or 2016 and at last year’s annual meeting, the say-on-pay proposal received only 59% support. This puts the company in the lowest 10% of Russell 3000 companies holding say-on-pay votes in 2017.”

Her letters to the other directors seem to have hit the bullseye and indications are that Ms. Wynn has found allies.

Corporate advisory firms Institutional Shareholder Services (ISS) and Glass Lewis (GL) announced that they are recommending that Hagenbuch not be reelected when the board meets on May 16. ISS's and GL's endorsements could prove to be the undoing of the “old boy’s network” at Wynn Resorts since they have a lot of influence on how corporations make decisions.

On Saturday ISS stated that Hagenbuch's presence on the board does “not seem to outweigh the risks associated with permanence" and that he is “part of a legacy board that oversaw material failures in governance and risk oversight.” GL concluded that "there may be greater value in effectively objecting to Mr. Hagenbuch’s nomination, which should be considered against his questionable role on the special committee reviewing accusations against Mr. Wynn and his shared culpability for years of misaligned compensation practices that Glass Lewis continues to believe are problematic.”

Elaine Wynn's claims that Hagenbuch's support of Steve Wynn, even in the wake of the revelations about Wynn's sexual misconduct, proves that he is unsuitable to continue to serve as company director. She has called shareholders to ask that they refrain from voting for him in the upcoming elections. She is also trying to remove members of the board that she deems unworthy from continuing to serve as board members.

As a partial compromise the board nominated three women for potential election. If they take up their positions, some older board members hope, Elaine Wynn will be pacified. The evidence of that happening, however, doesn't look promising for the board.

Last week Elaine Wynn sued Wynn Resorts after the board refused to deliver shareholder contact details. Even though the company’s bylaws state clearly that such information should be made available, the board was not forthcoming when Ms. Wynn requested the information. Ms. Wynn's suit argued that the board's delays were intentional and were designed to prevent her from having the information needed to answer shareholders' questions. Ms. Wynn stated that, due to this, the shareholders’ best interests were not addressed.

In her suit Ms. Wynn requested that the company's annual meeting be postponed until the lawsuit is settled.

In addition to the company's own bylaws, Nevada law states that the names, contact information and number of shares owned by each common stock owner of the company is to be made public as long as the individual has authorized the release of that information.

A representative of Elaine Wynn stated, “Providing the NOBO [non-objecting beneficial owner] list is standard practice under Delaware law and both federal and state courts have ruled that shareholders of a Nevada corporation are entitled to the list. Ms. Wynn believes that the requested NOBO list is in the company’s possession and would not require the company to expend additional time or cost to produce. Moreover, she believes that the company is actively using this very list to communicate directly with Wynn Resorts’ shareholders—something Ms. [sic] Wynn is unable to do, even though she is the company’s largest shareholder.”

While behind the scenes the Wynn story is full of every type of scandal and intrigue known to the business world, up front, investors couldn't be happier. Some of these are old-time investors while other investors bought shares in Wynn Resorts after Steve Wynn resigned in February are reaping rewards. All are watching their portfolios rise in value as Wynn stock moves upwards.

Just a few days ago Wynn stock rose $2.30 to $201.51. That's the stock's highest closing price in nearly four years. The shares have rebounded thanks to Wynn Resorts Macau operation. Since December sexual misconduct allegations against Wynn have spurred investigations by regulators, threatened new gaming licenses for the company and forced out board members,  But the Macau operation is moving smoothly and Wynn Resorts is thanking its lucky stars that it doesn't have to rely on its American-based casino activities at this sensitive time.

Matt Maddox, the CEO who took over from Steve Wynn, has made additional moves to strengthen the company. He cut the company's aggressive investment plays, raised nearly $1 billion in cash from China’s Galaxy Entertainment, boosted the dividend by 50%, settled outstanding lawsuits with co-founders Universal Entertainment as well as the Elaine Wynn suit.

Maddox has also been quoted as saying that the sexual harassment scandal hasn’t impacted the company’s business in Las Vegas or Macau. The company is continuing to pursue its interests in the new Japanese market.