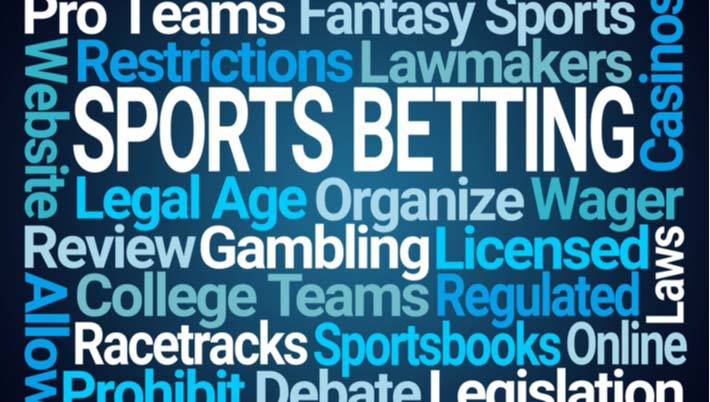 Maryland voters approved legalizing sports betting in the November 2020 election by a margin of about 2 to 1. Now Governor Larry Hogan and the state’s General Assembly must work out the details of who will regulate sports betting in the state, how bets can be placed, how licenses will be granted, the tax rate, etc.

Voters in Maryland clearly wanted to have the opportunity to bet on sports but they were also concerned about how the state can bring in much-needed revenue. Analysts have estimated that, if the state levies 20% on sports betting, which is the percentage that it takes from the state’s casinos, it could realize an estimated $18.2 million in tax revenue.

The next step in the process of bringing sports betting to Maryland involves a “disparity study” which is needed to determine whether women or racial minorities face disadvantages in the gaming industry. If the study shows this to be the case, legislators will be asked to include provisions that will draw in those unrepresented groups.

Setting up the framework by which sports betting will operate in Maryland may take months. But the sports betting companies,  horse racing industry, Republican and Democratic politicians, casinos, Washington’s NFL team and the state’s teacher’s union, which  all supported the referendum to the tune of millions of dollars, are prepared to wait.

The referendum, Question 2 on the ballot, was linked to education funding. The ballot read that sports betting would be allowed “for the primary purpose of raising revenue for education.”

South Dakota voters approved sportsbooks to operate legally in the state and they could be up and running as early as next year. The voters ratified constitutional Amendment B that will involve the state’s federally recognized Native American tribes in opening sportsbooks at their casino properties. The vote “yes” succeeded by a roughly 58% – 42% margin. Both the Democratic and Republican hierarchies supported the measure.

Passage of the amendment to the state constitution gives the state lawmakers the authority to create legislation that will lay the groundwork for the sportsbooks to operate. The legislature must determine tax rates and other regulatory measures. Observers believe that the sports betting legislation will be high up on the list for legislators to consider when they open their new session in January 2021. Optimists hope that the regulations will be in place in time for local casinos to start taking bets on the Super Bowl, the biggest betting event of the year.

The main debate currently revolves around how South Dakota sports betting will be conducted.  Presently, the state constitution does not allow for online sports betting but it doesn’t explicitly forbid it. Operators may try to convince legislators to allow mobile wagering when computer services are located in the same town as the retail casino.  Sports betting backers, however, worry that, by pushing online betting, the whole enterprise will be delayed.

South Dakota is a sparsely populated state. Mobile gaming could increase the revenues substantially but some worry that bets made outside of the state would put the state in jeopardy with neighboring states that don’t allow sports betting.

In the end, the sports betting amendment passed by a significant majority but it wasn’t always clear that that would be the case. Up until election day it was hard to gauge public interest. The amendment didn’t enjoy the same kind of financial support that similar amendments did in Louisiana and Maryland where the potential windfall made it worthwhile for operators such as DraftKings and FanDuel to put their financial support behind a sports betting amendment.

The measure was supported by Republican Senator Bob Ewing who argued that legalizing sports betting was necessary so that betting money didn’t go to unlicensed bookmakers and offshore sites.   Gov. Kristi Noem, also a Republican, also supported the amendment.

In Louisiana, sports betting will be legal in Baton Rouge, Lafayette and New Orleans as well as in the St. Tammany, Jefferson, St. Bernard, West Banton Rouge, St. Charles, Terrebonne, Ascension, Livingstone and Plaquemines parishes but not in North Louisiana. Parishes that passed the ballot measure did so decidedly, with margins that ranged from 68% in East Baton Rouge to 77% in St. Bernard.

Supporters say that they hope to have sportsbooks operating in the relevant parishes by 2022. The measure was placed on the ballot and supported by a group called “Louisiana Wins” which successfully convinced the majority of voters in the relevant parishes that Louisiana will now be keeping money that had been going into Mississippi’s tax coffers. Richard Carbo consulted for Louisiana Wins. "This proposition is on track to outperform the 2018 ballot initiative to include more parishes and a higher percentage of the vote statewide," he said, noting that other parishes are likely to follow when they see the benefits that sports betting brings to the parishes that have legalized it.

Louisiana has 64 parishes. 47 of them have legalized Daily Fantasy Sports and the positive results convinced FanDuel and DraftKings DFS operators to invest heavily in promoting the legalization of sports betting in the state. The two companies contributed $250,000 each to the campaign.

The state legislature must still decide details including the issue of mobile gaming and how the games will be taxed. The ballot measure did not allow for the question of online betting so that must now be decided by lawmakers. Mississippi allows only bets that originate at retail casinos so if Louisiana legislates for mobile betting, they might find Mississippi gamers calling into Louisiana for sports gambling entertainment.