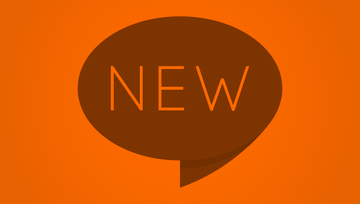 E-tabs, electronic pull-tabs that mimic old-fashioned paper pull-tabs, are attracting Vegas casino online players around the country but are drawing criticism and concern from their competitors. Charity lotteries have been some of the first and most enthusiastic purveyors of e-tabs which they use to help them raise money for their causes. But other gaming operators are finding that the popularity of e-tabs is cutting into their profits in a big way.

E-tabs, electronic pull tabs, are hand-held devices which link wirelessly to a master computer. The devices can be accessed at a licensed on-sale restaurant or bar, each of which typically has 6 – 12 devices on hand, depending on its size. Users can obtain a device from the waiter or bartender when the establishment is open. The device is approximately the size of an iPad tablet. The devices link to a master computer that is located in the bar or restaurant and that computer then links to the a central control board which oversees the devices through an online connection.

The device is loaded with a set number of credits which the user purchases. It mimics the way that a paper pull-tab plays. The user can load more credits whenever s/he wishes. If, after play, the machine has credits left, the user can cash them in.

Charities around the country are turning to electronic “linked” bingo to bring in income. E-tab bingo is similar to electronic pull-tabs. It’s played on hand-held devices, each of which can play up to 36 bingo cards simultaneously, electronically. Devices can be obtained from a pull-tab booth, waiter/bartender or bingo operator during business hours.

The device “mimics” the traditional bingo paper card. The player marks “called” numbers using the device’s touch screen. As with e-tabs, the device is loaded with a set amount of credits that the player purchases. The player competes against other players in real time across the state in which they are located.

While the charities that benefit from the e-tabs and e-tab bingo believe that they’ve found a good new source of revenue, many local gambling establishments, especially gaming tribes in multiple states, are experiencing a corresponding decline in their own income.

The North Dakota legislature legalized e-tabs in 2017 and since then, tribal casinos have experienced a rapid decline in revenue. The tribes are alarmed. “It’s no small thing for us,” said Mark Fox, Chairman of the Hidatsa, Arikara and Mandan Nation. “It’s of dire concern, at a minimum.”

There are five tribal nations in the state, each of which operates its own casino facility. Scott Davis, the executive director of the North Dakota Indian Affairs Commission said that casinos “are very delicate entities crucial to the survival of our tribes. Without them, things would be really tough — tougher than they are now.”

At this point however, the e-tabs may be too popular to fight. They are not only preferred by many players but by the jurisdictions in which they are available as well. Deb McDaniel, State Gaming Director for North Dakota, said that e-tabs have raised $8.9 million for the state since they were legalized in 2017. That has pushed tax revenues far ahead of projections. E-tabs brought in $8.9 million since 2017 and increased the total budget for the state for the last 23 months by more than 25%.

In North Dakota, more than $410 million was spent on electronic pull-tabs in the first 9 months after they became available. The increase in revenue is a boon both to the treasury and to the charities that operate the tabs. Janelle Mitzel, head of the Charitable Gaming Association, estimates that e-tabs will increase the amount of money sent to charities by as much as 50% to $69 million. “These are doing fantastic,” Mitzel says. “They have been wonderful for charities.”

No one denies the charities are benefitting from a new source of income and that’s a positive thing. However, tribes that run tribal casinos in North Dakota are suffering. “Myself, my tribe, are gravely concerned with the electronic pull-tab systems, e-tabs, in the state of North Dakota,” said Collette Brown, gaming commission executive director for the Spirit Lake Tribe.

Brown spoke at the Strengthening Government to Government Relations Conference in Bismarck in January. According to Brown, North Dakota’s tribal casinos provide an employee payroll of about $80 million each year. If jobs are eliminated due to the downturn in visitation to the tribal casinos, the economic impact on the surrounding communities could be severe.

After Minnesota introduced e-tabs in 2014 the state saw charitable gaming jump by 10%.  According to the Minnesota Gambling Control Board there were $1.3 billion in gross receipts for the first year that e-tabs were legal in the state and the revenues have been growing ever since.

Minnesota originally launched e-tabs as a way to pay for the $1.1 billion Minnesota Vikings stadium. Unlike North Dakota, the popularity of e-tabs in Minnesota doesn’t seem to be coming at the expense of traditional casinos. Tom Barrett, executive director of the Minnesota Gambling Control Board, is  surprised that the surge of e-pulltab popularity hasn't come at the expense of traditional paper games. But, Barrett says, there's still plenty of room for the game sales to keep growing.

In Minnesota the number of sites selling e-tabs is limited —statewide, just one in three sites sells e-pulltabs.
The idea of limiting the number of vendors who can operate e-tabs is, perhaps, one that North Dakota may wish to adopt.