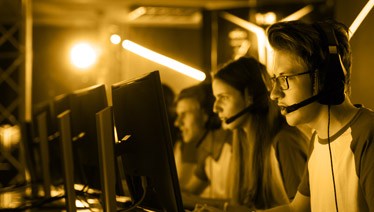 The World Showdown of Esports (WSOE), a new esports tournament series, will debut this weekend at the new PokerGo Studio in Las Vegas. WSOE is ESP Gaming’s latest Vegas casino esports venture. The fight-card format will see head-to-head matches between players from OpTic Gaming, Team Vitality, Team Envy, Tempo Storm, and other premier esports teams. The league’s first champions will be crowned at the conclusion of the  PlayerUnknown’s Battlegrounds (PUBG) Pan-Continental competition.

The fight card matches are expanding as part of legalized match betting that has been gaining a foothold in the United States. Sports betting was legal in Nevada before the Supreme Court's recent ruling that allowed states to legalize the practice but Nevada casinos are also extending their embrace of esports as a means to attract younger players to their properties.

The games are open to viewing by everyone via the Evolution Championship Series, the Intel Extreme Masters, the League of Legends and other broadcasters who provide live broadcasts of the competition, and prize money to competitors.

eSport competitions have been a part of video game culture for a long time, both in online and offline venues. In the past these tournaments took place between amateurs. More recently, more professional gamers started to get involved while more spectators were content to watch the games. Today many game developers actively design toward a professional eSport subculture.

It's estimated that by 2019 over 400 million people will be watching eSports worldwide, due to the involvement of various online streaming media platforms such as Panda TV, Twitch TV and Youtube. Most viewers are male and most are young – making the demographic an alluring one for casinos and others in the gaming industry who are concerned that traditional casinos and casino games aren't drawing the younger crowd.

Thanks to the allure of esports to millennials, casino companies are using them to attract younger players to their land-based casinos where, they hope they'll get involved with other types of casino amenities and features.

The new Fight Card Matches join dozens of other tournaments that take place in locales around the world. Some of the best-known of these tournaments include

ESports to the Masses

The tournament will crown the first WSOE champions at the conclusion of the PUBG Playerunknown’s Battlegrounds  in the PanContinental competition that will wind up the session on Sunday. ESP Gaming representatives announced the fight-card format Tuesday. The tournament will feature head-to-head matches between players from 16 leading esports teams and fans will be able to watch the competition on Twitch via livestreaming video. Brick and mortar fans are welcome to join the crowd at the PokerGo studio.

The first arena specifically devoted to esports was opened by MGM at its Luxor property on the Strip. The arena was opened earlier this year. MGM is partnering with ESP Gaming and Poker Central on the production which includes a 10,000 square foot studio, and an esports broadcast venue.

MGM expects that the weekend matches, which have a $100,000 prize pool, will introduce the match format and the studio venue to fans so new observers and enthusiasts will be able to get an overview of the production capabilities. MGM is expecting to introduce a full schedule of matches later in the summer. The first big event — WSOE 1 — is planned for the fall with new competitions occurring every one to two months.

WSOE plans to work to develop compelling matchups for their fight cards similarly to the way that fight promoters in boxing and the UFC proceed. .

Just as fight promoters in boxing and UFC work to develop compelling matchups for their fight cards, the do the same on its cards. Liboon said “The WSOE will highlight the most compelling narratives in competitive gaming driven by the very essence of what makes traditional sports so popular, the players. The WSOE will represent what gamers really love about esports with the intensity turned up to the max.”

Liboon believes that centering the production in Las Vegas will draw top teams to a central location where they can enjoy the city’s food and lodging amenities and the entertainment options. This will make Vegas even more appealing and will go a long way to attract the esports teams.