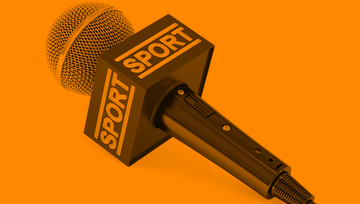 It took a pandemic but online casino esports has become mainstream. Sporting events have all but disappeared from sports fans’ screen and in many instances, esports has taken their place. The sudden surge in popularity is fueling new opportunities as esports is attracting big advertising, prominent featuring in social media, influencers, live streaming channels, sports betting and more.

For months, people in lockdown have been playing and watching more competitive games. eSports is helping to satisfy demand for competitive action and everyone is betting that the industry has nowhere to go from here but forward.

eSports has had to make a number of adjustments over the past few months. On-site esports events were cancelled. Yet the esports industry, unlike traditional sporting events, has quickly made the transition from physical arenas to online arenas and there’s a wide audience waiting and ready to be spectators at these virtual competitions.

Simon Eicher, senior global manager procurement & executive producer special events, at ESL Gaming commented that “It’s unfortunate that we can’t really execute events currently with audiences on site. But at least we are able to produce very entertaining shows across most of the esports tournaments with remote production concepts.”

Compared to other media sectors, esports has fared relatively well in financial terms during the pandemic. It took broadcasters a bit of time to understand the new way that things are done but slowly, they are coming around. “We are never going to be a Twitch, so it is about how we find our authentic place in the esports world” said Victoria Cotton of BBC Sports

eSports’ key revenue streams – media rights, streaming advertising and sponsorships -  are holding up during the pandemic. Dom Tait, practice leader for music, audio and games at research firm Omdia notes that only ticket sales are down, as it to be expected. In 2019, ticket sales accounted for only around 12% of  the  $1.3 billion in esports global revenues. By comparison, the largest source of esports’ revenues was sponsorship, followed by media rights. Those revenues are holding steady.

According to Tait, sponsors, including brands such as McDonalds, BMW, Lego, Snickers and Spotify are invested for the long term.  Media rights income and ad revenues have also remained fairly constant over the last few months. Esports seems to have ridden out the massive fall in marketing spend through short-term media right deals and non-intrusive in-game advertising.

Tait believes that esports will continue to meet its goals for future growth. Prior to March 2020 Tait had predicted that esports could see revenues of $2.3 billion by 2024. He believes that the industry will meet those goals for 2024 and may $2.5 billion by 2025. He sees China as a key driver in this trajectory – the Chinese conglomerate Tencent Holdings owns Riot games and has stakes in Epic Games, Ubisoft, Activision Blizzard and Bluehold. Tencent is the worlds largest games publisher.

ESL Gaming’s Simon Eicher agrees with Tait, though he’s not counting on a “huge boost.” eSports, says Eicher, has been “a global phenomenon for years.”

The entry of sports federations such as Formula One and NASCAR into the esports ecosystem demonstrates the potential that esports has from collaborating with traditional sports. The mergers have brought millions of racing fans into the sector.

After Fox Sports and NASCAR started to air virtual races, observers started to note that their efforts were paying off. When FOX covered the March eNASCAR iRacing Pro Invitational Series race, 903,000 viewers tuned in, making it the highest-rated esports TV program thus far. Even the traditional live 2019 NASCAR Cup Series races averaged 2.9 million viewers. Tait commented that “The NASCAR game looks similar to the real thing – if you squint and listen to the commentary, you could believe you were watching a real race.”

Meanwhile, Formula 1 has also experienced significant success from its switch to esports.  Over half the 2020 Formula 1 grid drivers have participated in the F1 Virtual Grand Prix series which was viewed more than 85 million times. The streams included YouTube, Twitch, Twitter, Instagram, Facebook and China channels Weibo and Huya, as well as driver streams.

Broadcasters are also turning to esports to fill airtime left empty due to events’ cancellations and satisfy demand for competitive sport.  The BBC, which had ignored esports for years, recently struck broadcast deals for women’s motorsport championship W Series Esports, Rocket League and Leagues of Legends.

BBC Sports executive director for Olympic sports and red button live streaming says that, due to the pause in live sporting broadcasts, there now is “time and space in everybody’s workload” to think about how BBC can maximize esports. BBC stepped into their new esports role by broadcasting the ePremier League Invitational FIFA 20 tournaments.

Cotton said that, “It felt like a natural first step for us when we first started. It’s a sports simulation game, has wide appeal, and crossover potential because we have real football stars playing the game.” She admits that the BBC is still trying to find its place in the esports world but after seeing that the ePremier League did well for the BBC, the broadcaster intends to pursue its relationship.

Thanks largely to the presence of Raheem Stirling, who played Trent Alexander-Arnold in the quarter-final of the ePremier League, the broadcast recorded over 100,000 stream starts on digital platforms. Cotton said that that type of personality driven gaming works well. It’s “on the edge of entertainment rather than esports.”

Cotton believes that the sector has long term growth potential for her company. As audiences grow, media rights will become more competitive, which is what BBC wants. “For young kids, this is part of what they do – they might play football, but they also game” Cotton said. ”It is just part of everyday life. Now it has had some time in the mainstream media, I can’t see it going backwards.”

The big question for online esports is how will the sector perform when live esports events return. for much of the sector now is when live esports events with audiences will be able to return.  Many observers believe that many on-site tournaments will transition to online competitions. ESL has already announced that its popular Counter-Strike One Cologne 2020, with a $500,000 prize pot, is transitioning into an online competition this coming August.

ESL’s Simon Eicher says that for the near future, most tournaments will likely take place online. “Government regulations, even in Germany, almost change on a weekly basis, depending on the current situation,” he says, making planning for any type of on-site event risky. Online competitions, on the other hand, won’t demand the sort of time, energy, expense or risk of another shut-down that an on-site tournament will need. Gaming companies prefer to err on th site of caution. But in the meantime, the rise of esports can continue.