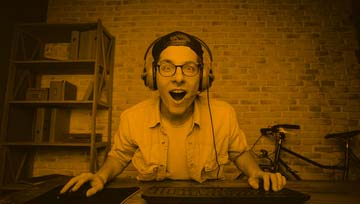 Until last May, U.S. sports betting was confined to the state of Nevada. A 1992 law, the Professional and Amateurs Sports Protection Act, prohibited sports betting in states other than Nevada. Sports betting had been legal and operating in Nevada for decades and, under PASPA, was allowed to continue.

The Luxor, a Vegas Strip casino that has traditionally been regarded as a paradigm of sedate, classic casino entertainment, recently opened a new sports arena. The Luxor made the change based on its determination that esports is the future of entertainment in Las Vegas.

The HyperX Esports Arena was built on the site where the old LAX Nightclub once stood. The changed indicated that, for the Luxor, esports is the best direction for the company to move. The Luxor’s 30,000 square-foot sports arena is designed to host live video game tournaments which are then broadcast to online viewers.

The facility will feature a place for tourists to play their favorite games – for an hourly fee visitors will be able to play at consoles and on PCs.

The Luxor’s change in focus, from night clubs to esports, represents a major business shift for the company.  It showcases Vegas’s changing landscape as casino operators struggle to find new and relevant ways to draw a younger crowd.

Lovell Walker, head of the esports department at MGM Resorts International, would like to see his company follow Luxor’s example.  “I would love to see Vegas be somewhat of a Disneyland for esports, he said. “(A place) where a customer or consumer or fan of esports for that matter looks at Las Vegas as if it is Disneyland, and there’s an expectation that something esports related is going on in our city.”

Gaming companies have always embraced needed changes, as long as they move people into the casino. eSports is proving to be a reliable tool to increase that traffic.

Mark Green, vice president of global properties at Allied Esports International, the company that runs day-to-day operations at the HyperX, says that the arena can draw 700 people onto the casino floor during a slow season. The number more than doubles during busy seasons. The casino is happy with those numbers…..even visitors who don’t gamble will be eating, almost  certainly at one of the complex’s restaurants.

Green started working at HyperX after a long career in restaurants and nightclubs. He isn’t an expert in the world of esports but he’s enjoying the atmosphere. According to Green, gamers are more amenable to work with than clubbers.

MGM is another operator that is looking at esports as a serious investment. The company is focusing on capturing the consumer of the future.  Walker, MGM’s head of esports, described his vision for the future of his company. “At a macro level we’re in the midst of becoming an entertainment company. Gone are the days when we’re focused solely on casinos. We’re now focused on our entertainment values – that’s food and beverage, the night clubs, the pools, the full package of offerings and esports is a piece of it.

This is what our future consumer wants and this is what the consumer of today wants. It’s very much a learning phase for us, but we’re very much in the midst of embracing what’s coming and doing the right things to get into the game.”

While Vegas casinos move slowly towards a focus on esports, other casinos in other parts of the country are moving even more quickly. At meetings at the Reno-Sparks Convention and Visitors Authority, attendees are already looking at strategies that will use esports to bring in other types of events to the area and boost tourism. Reno mayor Hillary Schieve, who sits on the visitors authority board, said “Esports have gotten huge and that would be fantastic for this market. It’s one of the things that really needs to be looked at because I see this as the wave of the future.”

Mike Larragueta, the board's vice president of sales, believes that, although esports attendees do not spend as much as traditional convention goers, their presence is still felt as they spend money on eateries, breweries and other businesses. “They have facilities there dedicated to esports … and consumers are paying thousands of dollars to go to arenas and watch people compete.”

One of Reno’s biggest casinos, the Atlantis Casino Resort Spa,  has been developing its esports platform. It has hosted events in its Fun Center arcade including Street Fighter tournaments and Smash Bros. competitions. Execs say that the tournaments serve to direct traffic to the hotel casino’s arcades. William Tiehm, Fun Center and esports manager for the Atlantis notes “We’ve noticed that people who come in for the tournaments play the other arcade offerings that we have while they’re waiting. It complements what we already offer.”

The Atlantis’s esports facility was created with esports in mind but it hasn’t lost its sights on its identity as a comprehensive gaming venue. Atlantis hopes to expand its esports lounge. Long-range plans include adding gaming PCs to the lounge with popular video games, shooters and other attractions.

Robert Rippee runs the esports lab at the University of Nevada Las Vegas. His research concentrates on producing business plans and presentations to help the casino industry better understand the interests and behaviors of millennials, today’s target audience.

In discussing video games, Rippee says “Increasingly, we find this idea of gamified life. Educational psychologists have known for a very long time that computer-based learning works very very well. Is it any wonder that video gaming is a natural part of their life?”

“Facebook is a game. You play with your friends and people you’re trying to impress or attack. This kind of gamification has been prevalent in our society for a long time, and it’s only gotten bigger.”

For casinos, it was only a matter of time before they figured out how to monetize the trend.