eSports Sets Out To Next Challenges 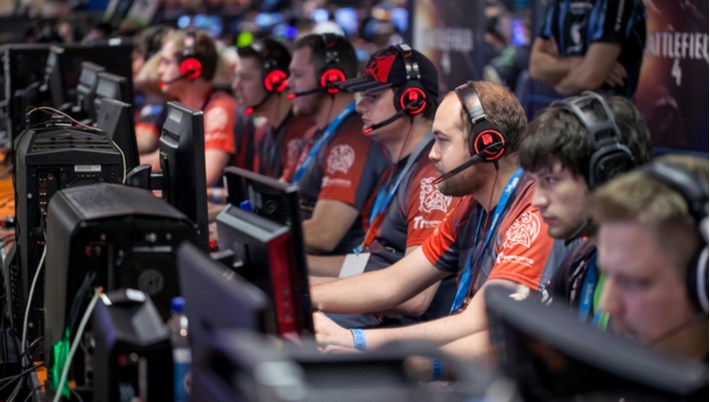 The pandemic has created unprecedented tests for worldwide sports but welcome bonus casino esports, as a sport that is played online, was able to continue to operate. Now the industry is starting to evaluate online casino esports achievements of the past year as well as the challenges that will need to be addressed in order to assure future success.

eSports in the Age of COVID-19

When the COVID-19 pandemic hit, traditional sports including football, basketball, baseball, hockey, golf, tennis and other sport in which team members and the support staff came into physical contact were suspended. Competitive video gaming, however, where players meet their opponents online, seemed to be immune to the constrictions that traditional sports faced.  Many companies, including Riot Games, Actionvision Blizzard (ATVI), the  Electronic Sports League and others continued with their competitions by moving everything online with no cancellations and no postponements. Call of Duty League did experience a delay but was soon back online.

At the time, Pete Vlastelica, CEO and president of ATVI, said "It's pretty incredible that both Overwatch League and Call of Duty League will be the only city-based leagues still fortunate enough to operate in this current environment…..I miss traditional sports, like we all do. At the same time I'm proud our leagues can compete online."

Thus far, esports has experienced an almost 40% increase in the average number of viewers per tournament when compared to pre-pandemic days. In addition to this turbocharged esports growth due to covid-19, it has also begun to attract more interest among fans of traditional sports. Nicole Pike, managing director of Nielson Esports, told CNN "The changing environment is turning both consumer and advertiser attention toward the gaming video content space, with esports being part of this." Even US military branches, including the Army, Navy and Air Force, have launched esports teams, both as a way of attracting attention and interest in their own programs and to run team-building activities in a safe environment.

For decades, esports followed the model of traditional sports. Events were in-person, often in large convention centers and stadiums. When COVID hit and traditional sports leagues started to cancel their events, esports just went online. The first esports event to be held online was an Electronic Sports League Counter-Strike: Global Offensive tournament that had been scheduled in February 2020 in Katowice Poland at a 11,000-person stadium. "We suddenly had to scramble and tell everyone, 'Don't come,'" said Craig Levine, global chief strategy officer of ESL. Some fans complained but  the resulting online viewership was record-breaking.

Moving an event online isn’t quite as easy as telling everyone “don’t come.” When an esports event that had been planned to be held in-person goes online, it disrupts the relationships with gaming companies and their participants ( who must recoup in-person event losses through partnership and ad revenue), freelancers (who often work at these events) and monitors (since the players aren’t sitting in an arena staffed by referees, they must be watched from home via tracking software and cameras).

There are also issues regarding regional problems. Some players may face different internet speeds and other issues if their home country can’t support their tech needs.

ESL has found that more viewership doesn't translate "dollar for dollar" into revenue. Levine told CNN, "We're not able to directly benefit from [increased viewership of online only games]. But we've been around for 20 years and we're big believers.” Levine, noted that such events cost much less to run than physical events. "We'll be surviving and thriving."

Since early 2020 esports has been providing veteran sports fans with  a welcome alternative to their traditional sporting events and has introduced new viewers to the world of competitive video gaming. In the last 15 months esports has been playing some of its most spectacular tournaments, all behind closed doors.

One fan, René Romann, an avid Team Liquid follower,  said that his esports viewing entertainment has provided him with needed respite throughout the year’s ups and downs. He told CNN,  "It's kind of interesting to see this online family, this Liquid family, and how we can help each other in certain situations, especially in this pandemic....It's really helpful, if you have any kind of problem, you can talk to people and they really help you…..just watching the games together, having some kind of viewing party, and you're just talking about what the team will do or what the team should not do [...] that's kind of interesting."

Romann misses the in-person tournaments but he can watch his Team Liquid’s content for up to 2 hours every day. He says that the virtual community has made this period of history more bearable.

Organizations like Team Liquid are maximizing that sentiment to keep their fanbase involved and engaged. CEO of Team Liquid, Steve Arhancet, said that team members call fans and send handwritten letters in an effort to foster that community feel and build the relationship between the team and its fans.

Not all teams do this, says Arhancet, but Team Liquid, which has teams in 17 different games, isn’t taking their fans for granted. He is focusing on finding ways to treat fans like family to build and retain support. In addition to the connection to team members, their new platform, Liquid+, provides a place for fans to play specialized games and talk to one another by connecting social media accounts.

This, of course, also allows Team Liquid to collect information about its viewers so that it can tailor its content accordingly.    Arhancet says that Team Liquid is the first to do this but other teams will be following suit. All this, says Arhancet, creates a “virtual stadium” that, even as traditional sports returns to the playing field, will help esports stay ahead of the curve.

"We don't have big stadiums, but what we do have is this kind of digital stadium where we can provide the same sort of experiences and events and even food and beverage…..It's not limited to just the folks that are coming to that 10,000 person stadium. We can do a global event and publish around the world to all of our fans, which is a bigger opportunity to reach more people."