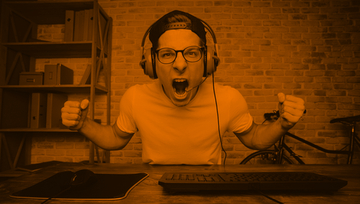 eSports were already gaining in popularity before the coronavirus shut-down but now that sporting events have been cancelled worldwide, esports are filling in for traditional sports.  eSporting events, even those such as Rocket League and League of Legends which run on cheap hardware, have taken the space that physical sporting events had previously occupied in the minds and hearts of online casino sports fans worldwide.

Traditional sports fans dismiss eSports because in an esports  event, competitors don’t compete physically. eSports athletes compete in electronic gaming matches to try to outplay competitors in video game competitions. Supporters of esports note that the events are played by competitors who train intensively no less than traditional sports athletes. The fact that they compete at games through mental exertion rather than physical exertion makes those events no less “sports” than football, basketball, baseball or any other traditional event.

Some esports games become popular almost immediately while others start to great fanfare only to fall after a short amount of time. Not every video game becomes an esport – Battlefield, a popular video game, never developed a strong esports scene while Call of Duty, its closest competitor, is an esports legend. Some games such as Online Battle Arena(MOBA) by Blizzard and Heroes of the Storm (HOTS) started off to much fanefare but fizzled within a few years but similar games including Overwatch and StarCraft have healthy esports scenes.

The answer is that esports, like physical sports, isn’t an exact science. It’s a surprise to find out why some games are esports legends while others fade into obscurity in the esports history books.  In summarizing why some games become important in the world of esports competition, observers note that Street Fighter games such as League of Legends, Counter-Strike: Global Offensive, DOTA 2 and Overwatch are big. Fighting game events generally include other types of games but most viewers and bettors focus on the fighting games.

Games have always been competitive. From ancient civilizations in Egypt, China, Persia and Africa, gaming has always meant trying to win over an opponent.

The earliest esports competitions can be dated back to the 1980s when players competed to see who could achieve the highest scores. In the ‘90s the Internet connected gamers through the web so competitions could take place online. Companies such as Blockbuster and Nintendo began sponsoring video game championships.

One of the biggest competitions took place in 1997 when the “Red Annihilation tournament” drew over 2000 participants to vie against one another in the Quake game. The Red Annihilation is, today, generally accepted to have opened the world of esports tournaments.

After the Red Annihilation leagues began to form and new games were added to the esports tournament rosters. One early game, Starcraft: Brood War, set the stage for real time strategy gameplay which demanded strategic thinking and execution.

Even before the coronavirus shutdown, esports was growing but today it has stepped in to offer sports fans a different type of sporting event  where they can watch passively or place wagers for a more interactive engagement. eSports is now recognized by many of the biggest sportsbooks and bettors can place their wagers online.

eSport organizers spend a good part of their time and energy trying to figure out which esports games are going to be popular and which will wilt by the wayside.

There are 3 main factors that lead to a game’s success in the esports world. They include the game’s:

A game needs to be fun in order to attract players and spectators. There needs to be a compelling gameplay because players and viewers will be seeing much of the same levels and challenges again and again. If the game is complex, such as games like DOTA 2 and League of Legends, there’s always something new.

Another such game is Rocket League. The basic premise of Rocket League is easy to understand but within that framework, there’s lots of room for the players to grow. At the top levels there are highly compelling elements such as air-control, boost management and zone tactics which means that there’s something for everyone in the game.

Without that element of complexity, it’s almost certain that a game won’t stay at a critical mass point.

Skill ceiling is another element that needs to be addressed. Some games with low skill ceilings lead to an emphasis on teamplay which can be positive or not, depending on whether the teamplay makes it hard for individual players to shine. HOTS, for example, features comeback mechanics that reduce the competitiveness. For many players that translated to reduced longevity.

In esports, a successful game has to appeal to the viewers. Before coronavirus, esports competitions often took place in large halls or auditoriums. Today social distancing has taken esports online. But in either case, the games must be compelling and engaging.

Thanks to YouTube and Twitch, esports spectators can watch the games as they are streamed live. But not every game comes across well and if the spectators don’t like it, it’s not worth the players to play. Fighting games do well in esports – they’re quick, relatable to real life combat sports and easy to follow.

Some games are great to play but hard to showcase. PlayerUnknown’s BattleGrounds (PUBG) is one such example. It’s a compelling gamer experience but with 80 players all competing at once, it’s hard for viewers to follow the action. To overcome this, fixes have been implemented in specific competitions including adding team streams so spectators can focus on the viewpoint of a certain team and replays of personal matches.

Game developers and publishers don’t have a say in whether their game is destined to be an esport – only players participate in that decision. But if the publisher or developer supports the evolution of a game into an esport, it can influence the game’s success in the esport arena. For instance, in Tribes Ascend, a first person shooter that was released to strong reviews, introducing overpowered weapons created a soft style of pay-to-win which led developer Hi-Rez to cease support for the game which killed it.

The esports scene is complicated and ever-evolving. But when the NFL, NBA, MLB and other big league games return to the stadiums, esports will be there too.