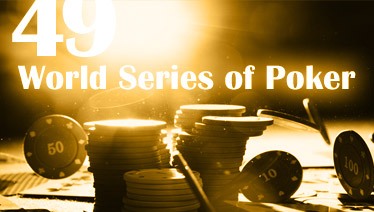 The 2018 Grande Vegas World Series of Poker gathering is taking place this year in early – mid July, bringing thousands of the world's top players – and tens of thousands of spectators – to the Rio Casino in a series of events that will determine who will hold the crown for Vegas casino and Vegas online poker wins.

For a $10,000 fee, players can join the tournament's 78 gold bracelet events plus the main event and vie for prizes that can reach millions of dollars.

The World Series of Poker (WSOP) is played out over the first two weeks in July every year. It involves a series of poker tournaments, culminating in the grand event where the prize can reach into the millions of dollars – the prize depends on the number of entrants and the buy-in amounts paid.

WSOP is sponsored by Caesar's Entertainment. The WSOP culminates with the $10,000 no-limit hold 'em "Main Event" which carries a prize worth millions of dollars. The prize bracelet is the most coveted award a poker player can win and brings with it the title "World Champion of Poker."

Texas Hold 'Em dominates the event. Last year 7,221 entrants paid the $10,000 entry fee to participate in the final event and this year it's expected that the number will rise. Participants compete for the possibility to achieve the nearly $68 million prize give-away. Live video feed brings the WSOP tournamets right into living rooms world-wide.

This year the starting flights of the WSOP were held on July 2 and Tuesday, July 3. Players were obligated to pay their entry fee and register to enter the WSOP Main Event by Wednesday, July 4.

This year, there will be a record 13 events with scheduled highlights that include:

In addition to the bracelet events in Las Vegas the 2018 WSOP Player of the Year Race will include bracelet events at the WSOP Europe which will be played at King's Casino in Rozvadov in the Czech Republic in October.

Poker Central will be producing all the television content and live streams for the 2018 WSOP. Two different platforms will be used for the live streaming – PokerGo and Poker Central.  Schedules change so viewers should be prepared for start times to be delayed periodically. The @PokerGo Twitter handle will supply the latest information on which events will stream where and at what time.

One of last year's winners has returned to compete. John Hesp, a 64-year-old Brit entered his first WSOP last year when he experienced a deep run and finished fourth for $2,600,000. This year he's more businesslike about the competition, though he continues to display a happy-go-lucky attitude and have fun at the table. “As I’ve said last year, and continue to say, it’s become a bit dull,” said Hesp. “It’s all about the money and there was a lot of tanking and that will never be my style … my style was just having a ball and having fun. The more fun I had, the more money I seemed to get.”

After Hesp kicked off the event Victor Ramdin busted on the first hand while on the second day it was Max Steinberg, a more experienced player, who  got his starting stack of 50,000 chips into the middle preflop when he came up with pocket aces against Michael Rack’s pocket kings.Once the king hit the flop, Steinberg was gone.  Steinberg commented on his Twitter account that "this is a first. AA first hand of the main. Get it all in vs KK. K in the window. Two players said they folded aces. GG!”

After the elimination the WSOP made the Main Event starting stacks 50,000. Steinberg was the first player since the increase to the starting stack to get all in preflop on the first hand of the tournament.

Mamouni accrued the biggest stack of the day’s action. He finished the day with 311,000 in the European WSOP. “It’s been 10 years since my first time I played the World Series. I won a Circuit ring in Marrakech. In Vegas, I haven’t played in 10 years. So, it’s a good comeback for me.”