Everything You Need to Know for World Cup Betting 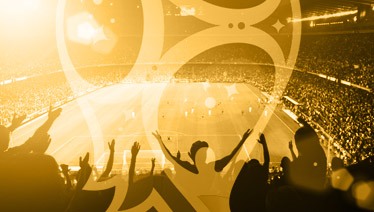 As the World Cup moves into its third week of the five-week festivities, the betting activities are cranking up even higher. You don't have to be a professional gambler to have some online Vegas games betting fun by placing some wagers on the games. Here's a short summary of everything that you need to know to join the World Cup frenzy and -- hopefully -- make a few dollars along the way.

The FIFA World Cup involves a football competition that brings senior men's national teams from around the world into a five-week long contest to determine which team is the world's best. The championship runs every 4 years that starts with a qualification phase and moves on to quarter-finals, semi-finals and the final match between the two top teams that have survived all of the previous rivalries.

The qualification phase starts 3 years before the actual World Cup Finals. Dozens of teams from around the world vie to be included in the tournament phase which involves the top 32 teams that play against each other. As the matches move forward, teams are eliminated and the excitement builds to see which 2 teams will make it to the final.

The World Cup has been heavily dominated by Brazil which is the only team that has played in every tournament since the competition began in 1930 and, overall, has won five times. Germany and Italy have won four times each and other winners have included England, France, Spain, Argentina and Uruguay.

Iceland and Panama are making their first appearance at the 2018 World Cup which is being held in numerous locations throughout Russia including the Mordovia Arena in Saransk where the opening competition was held and the Luzhniki Stadium in Moscow where the final tournament will take place.

Based on previous World Cup audiences, it's estimated that one-ninth of the world's population will watch at least one game of the series, with many viewers watching more. If you're a fan, you might want to know how you can become more involved with a small or hefty wager. Here are some of the things to keep in mind if you're going to make a bet.

The odds displayed on the World Cup differ slightly from odds on other games. There are different types of odds including

Make sure that you know what the terms of the bet you are placing involve. The outcome may be different than your expectation if you don't fully understand the type of bet.

Prop Bets involve bets that don't fall into other categories – they are wagers on points scored within a specific group, total goals scored in a match, best finish by continent, total number of red cards issued, etc. There are all kinds of interesting, unusual, and exotic Prop Bets you can try your luck at. And that is part of the fun and excitement of FIFA World Cup betting.