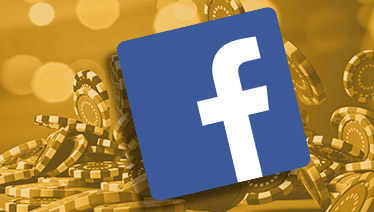 The live streaming community now has a Facebook platform where they can stream Vegas casino online games, view tournaments and create new content. The Facebook Livestream isn’t as crowded (as of yet) as YouTube or Twitch but that’s good news for small streamers who have more opportunities to get noticed as they stream their material. Streamers don’t yet have huge audiences on Facebook but the slower start is exactly what Facebook is banking on because, they believe, starting slowly will allow them to grow more steadily and eventually overtake their rivals.

Many new streamers are joining Facebook Gaming to take advantage of the type of discoverability for which the platform is famous. Facebook gamers have the advantage of joining a platform that’s integrated into the Facebook social media ecosystem which means that in the end, FB streamers will almost certainly amass more viewers than Twitch or YouTube.

Access to a higher number of users means that it’s easier to get discovered on Facebook Gaming than on other platforms. Facebook promotes streams to its users through a variety of methods including the option to promote a stream on different Facebook pages.

Once a stream is up, the Facebook technology will promote that stream to everyone on the streamer’s friends list as well as to people who follow the game that’s being played and people who are following the streamer.

All this gives a streamer a huge pool of potential viewers for free.

Creators are enthusiastic about Facebook Gaming. A recent experiment demonstrated that a live stream of a popular game by a new creator, together with a catchy name, can draw hundreds of viewers within a few days. That doesn’t even factor in the others who watch the video content over the following days. Commentators say that Facebook Gaming’s biggest plus is that it’s part of the Facebook community which allows streamers and viewers to experience the sense of Facebook community that characterizes the forum.

Facebook Groups and Facebook Pages give gamers the chance to engage with each other and for content creators to promote themselves. Facebook makes it easy to go live – all that a user needs to do is to create a Facebook Page. That can be done within minutes. Facebook’s version of Youtube studio, the Creator Center, is easy to understand and comprehensive. It’s possible to stream the live Facebook gaming app on Android (not yet on iOS).

The fan subscription tool will be available in more and more regions as Facebook Gaming becomes more firmly entrenched in the social media platform. Creators and game streamers will be able to generate extra revenue streams. When Facebook first launched the program in 2018, only US and UK content creators were able to charge their fans monthly subscription fees. Now, Facebook is expanding the subscription program to additional countries including Brazil, Canada, Australia and Thailand with more to come in the coming months.

Creators can sign up to participate if, over a 2 month period, they have over 250 return viewers or 10,000 followers plus 50,000 post engagement or 180,000 watch minutes. Creators agree to abide by the Facebook monetization policies including paying Facebook up to 30% of the revenue generated by subscriptions.

Facebook is providing the platform that content creators need to bring video and online events to their fans. Via these tools, content creators are able to earn more money through a vibrant presence on social media. Facebook will also introduce options for creators to generate money via advertising. These tools will include post-roll and photo ads which the creators can display in the form of short, 60 to 180 second videos. Ads can be inserted in live videos.

The Creator Studio tool is also being constantly upgraded. Facebook will add features such as Comment Insights which tells the Page owner how particular comments are impacting audience and engagement size and further involves viewers and fans in the streaming content. The company also plans to give creators the ability to sign in by via their Instagram account.

Content creators can use the tools to manage their presence on Facebook’s platform while generating extra money. Another Facebook feature involves Stars -- a virtual currency that fans use to tip their favorite content creators -- to creators in specific countries. Currently, Stars are available for fans to bestow in the US, Spain, Italy, the UK, Columbia, Indonesia, Canada, Australia, France,  Germany,  Malaysia, Taiwan, India, New Zealand, the Philippines and Peru.

Stars and fans subscriptions will soon expand to additional countries.

Facebook Gaming’s main competition is Google’s YouTube Gaming and Amazon’s Twitch. All are fighting to be the number one streaming platform. Twitch is still Number One but Facebook Gaming is fast becoming its strongest competitor. Facebook has invested heavily in the live-streaming service. It’s giving users a wide range of useful tools that allow them to broadcast their games including its most powerful feature – the fact that it’s part of the powerful Facebook platform.

If you want to enjoy Facebook live streaming, you must have a Facebook profile. Then, on the “Create a Gaming Video Creator Page” you choose a name for your page. It’s important to make sure that you keep the same category so that you can access Facebook’s algorithms and audience.

Name your page, make sure that your profile and cover photo are what you want to display and download your broadcasting software. To stream your gameplay to Facebook, download a free-streaming software program such as Xsplit, OBS Studio or Streamlabs OBS. All of these options interface well with Facebook. You can set the bitrate as you see fit but keep in mind that

You can also configure your settings manually. Click ‘Settings’ and then ‘Output.’ Choose either NVENC or NVENC New as your encoder. Keyframe interval should be set to 2 for optimal quality and output value set as 720p (1280 x 720) at 30fps. If you want to create a higher quality stream, you’ll need to join the Facebook’s Level Up creator program where you can access 1080p (1920 x 180) at 60fps.

As soon as you setup your stream, you’re ready to go.

To enhance your stream you can add a webcam, overlay or voice over. You can add gameplay footage with Sources such as Window Capture, Display Capture or Game Capture plus an audio.

With ‘Live Producer’ you can add your Stream key into your broadcasting software. Title for your video in a way that will interest as many viewers as possible and then hit “Go Live” to start live streaming.

Creators can find vital information in the Creator Studio including: