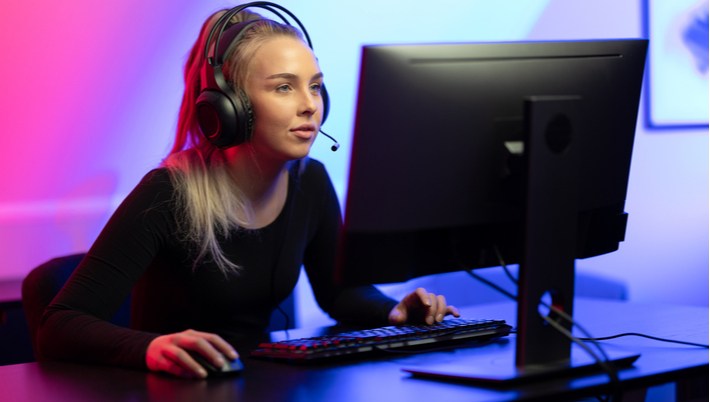 Game streaming viewership has almost doubled across the board over 2020 with the highest hike going to YouTube Gaming and Facebook Gaming. Twitch is still the #1 streaming platform with a majority of the market share. In 2020 however, YouTube Gaming and Facebook Gaming saw a larger growth in viewership when compared to streamers using the Twitch platform.

Facebook has shown the most remarkable jump, especially considering that it is the newest player in the industry. Along with Twitch, January 2021 brought Facebook Gaming a 117% increase year-over-year. Twitch achieved an all-time high at over 2 billion hours while for January 20201, Facebook Gaming exceeded 439 million hours.

Facebook is putting focus on tournaments and has announced that this year it will host in excess of 90 community tournaments in conjunction with Real Time Strategies and Community Gaming New York. These small events will be open to the public. The goal is not to attract esports stars but rather to ensure that the tournaments focus on amateur gamers. To that end, the prize pool will not exceed a modest $1,000 for each tournament first prize winner.

The first event took place on February 20th and featured the Valorant tournament and the Ultimate Marvel vs Capcom tournament. Both tournaments were open to the public and offered $1,000 prizes for the first place winner.

CGNY  and RTS will hold several more tournaments in February and March including Halo 3, Street Fighter V,  Valorant, Tatsunoko vs Capcom: Ultimate All Stars and Ultimate Marvel vs Capcom 3. Registration is free and viewers may watch for free.

Cheating has always been an issue for gamers. Stories of gaming cheats go back centuries at the world’s most well-known casinos. When Vikkstar quit Warzone amidst accusations of major cheating going on, Facebook Gaming stepped in to address those who gain advantage through unfair methods.

Cheating is especially prevalent in multi-player games. Serious gamers find it frustrating to face them.

Sidemen member Vikkstar released a video in which he detailed what he saw going on. He explained that he left because cheaters left him no choice. Vikkstar’s video gained a good deal of attention and Facebook Gaming’s development team promised to take steps to address the issue of cheating within Facebook Gaming’s streaming site.

According to Vikkstar and others, streamers are openly cheating, enjoying the support of their audiences who find it funny. Other platforms have already implemented guidelines to stem the cheating and now Facebook Gaming has announced that it will no longer carry such content. The cheater that Vikkstar outed was stripped of Facebook’s Partnership and Level Up Program participations and Facebook has made it clear that they will follow up similarly with any other identified cheaters.

Facebook’s commitment to facing down cheaters is indicative of the problem in the industry. The rapid growth of esports means that the financial gains at stake are tremendous and all players in the industry must join forces to fight the cheats in order to maintain the sector’s integrity.

To date, most of the focus has been on tournament game cheating. After one recent tournament, the Esports Integrity Commission barred 37 team coaches for various periods of time after they were found to have exploited a bug in  the Counter Strike game that allowed them to spy on rival teams’ strategies. And 1200 players had their accounts suspended prior to last year’s World Fortnite Cup because it was determined that they had cheated.

Among streamers, some of the methods that gamers use to cheat include using “wallhacks” that allow players to see through, shoot through and walk through walls and “aimbots” which improve targeting in shooting games. On Facebook, the cheating consisted of featuring ads for cheating software which was presented to viewers through live streams.

eSports insider Ron Breslau notified streamers, viewers and other esports fans on Twitter that, “Facebook tells me they have fully demonetized and removed from their Level Up program the Call of Duty Warzone cheater that Vikkstar spoke about in his video, along with several other accounts streaming cheats. Facebook says it will be stepping up efforts against streaming cheats.”

Facebook has taken a leadership role in bringing women into the gaming industry. The #shetalksgames videos highlight women in the industry, both players and creators while partnerships with organisations such as Girls Level Up, the ESA Foundation and MCV focus on the recognization of inspiring women to create awareness and power change. Facebook’s Women in Gaming platform has conducted dozens of #SheTalksGames interviews with women across a variety of levels and roles within the gaming industry.

Facebook has been holding Women in Gaming events including, before social distancing limitations, in Brazil, Singapore, Israel, the United States and most recently, online.