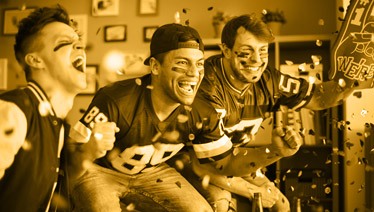 Almost as soon as the United States Supreme Court handed down its ruling that allowed individual states to legislate sports betting in their domains, the FanDuel Fantasy Sports Provider started to carve out its piece of the pie. The company has made some valuable partnerships which makes it a logical resource to get sports betting going in the states in which it’s been legalized.

FanDuel’s place as a pioneer in the world of sports betting gives it certain advantages but it also means that it is testing the waters.

After an online casino gambling glitch that saw a $5 parlay bet turn into a $80,000 win, FanDuel refused to pay out on that and other similar bets due, FanDuel said to an “odds-making error.” The issue came to light when two bettors placed wagers on plus – 75,000 odds.

The wager was placed with 1:10 left in the game. More than $138,000 was won when Broncos kicker Brandon McManus kicked a field-goal to give the game to the Broncos, 20-19, in an uprights split in the last second.

FanDuel revoked the payouts, saying that they were achieved as a result of an 18-second glitch. FanDuel director of publicity Keven Hennessy said in a statement “Specifically, near the end of the Sunday afternoon game between the Denver Broncos and the Oakland Raiders, the odds for the Broncos (who had the ball and were trailing by two points at the time) to win were +340 (bet $100 to win $340).

“A small number of bets were made at the erroneous price over an 18 second period. We honored all such bets on the Broncos to win the game at the accurate market price in accordance with our house rules and industry practice, which specifically address such obvious pricing errors. “We have reached out to all impacted customers and apologized for the error.”

Anthony Prince was the first to go to collect an $82,610 payout on his $110 wager at the Meadowlands. The ticket window teller refused to honor the bet and only offered Prince $500 and skybox seats for three New York Giants games.

Prince described what happened next. “They said their system had a glitch in it and they’re not obligated to pay for glitches. The other guy said, ‘You should take what we give you because we don’t have to give you [anything] at all.’ I said, ‘Wow, for real?’ The government is taxing it now so I thought it would be a better situation. You’d rather go to the corner bookies now. You’re not getting paid here.”

Prince refused the offer. Mike Guerriero and Chris Calcano were faced with the same offer of a miniscule return on their plus-75,000 wager online - FanDuel revoked the payout and offered revised minus-600 odds. Guerriero and Calcano had placed a $75 midgame wager at 750-to-1 odds on Sunday’s game for the Broncos to win. The Broncos achieved a last-second field goal which put them in the winner’s circle. But FanDuel said the odds at the time should’ve instead been 1-6 and at first refused to pay.

The company released a statement saying “a 36-yard field goal has approximately an 85% chance of success, so the astronomical odds offered on something highly likely to occur was very obviously a pricing error. These kinds of issues are rare, but they do happen.”

After a good amount of adverse publicity and the intervention of the New Jersey Division of Gaming. FanDuel paid out $56,000.

FanDuel called the payout “on the house” saying “we are paying out these erroneous tickets and wish the lucky customers well.”

FanDuel got its start in the world of daily fantasy sports and both the company and New Jersey are new to sports betting action.

Nevada, however, has plenty of experience and New Jersey might be well-advised to learn how Nevada deals with erroneous sports ticketing.

Longtime Nevada bookmaker Vinnie Magliulo notes that mistakes such as what happened in New Jersey aren’t all that uncommon.

“When this type of error is discovered, the Nevada Gaming Control Board is notified and investigates the dispute,” he said. Smaller bets may be paid off at as a goodwill gesture, but it’s difficult to collect large amounts. House rules usually protect the house from these kinds of errors, be they human or computer.”

FanDuel’s house rules are in place and stipulate that “where a blatant or palpable error is made in offers made, prices offered or bets accepted or in the transmission of any event on which we have purported to offer Live Betting, bets may be settled at the correct price at the time at which the bet was placed, as determined by FanDuel Sportsbook.”

In Nevada, if a complaint is registered, the Gaming Control Board conducts an investigation. Veteran Las Vegas gaming attorney, Barry Lieberman, said, “In-game wagering moves so fast, this type of thing is much more likely to happen. In the long run, it’s not good for the industry to have to pay off on these kinds of mistakes.”

“In Nevada, an investigation is conducted by a gaming agent and presented to a hearing examiner, a decision is rendered and then reviewed by the Nevada Gaming Control Board.” Said Lieberman. Reversal is difficult because should the matter get to court, the court only rules on the administrative record created before the hearing examiner.”