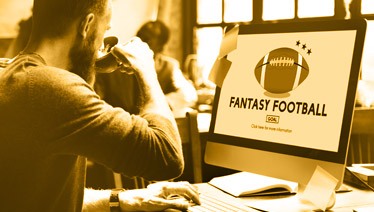 Fantasy sport games have been a popular activity among sports fans since the 1960s. Fantasy sports involves competitions in which players build teams of professional athletes and then earn points based on the actual players' real world successes. There are more fantasy sports options today in more states than ever before.

Daily fantasy sports is a subset of fantasy sports and involves paid competitions that are organized by various operators, similar to the tournaments which are run here, at Grande Vegas casino. Winners receive a share of a pre-determined pot that's funded by their entry fees and the organizer is also given a portion of the pot.

Whereas fantasy sports encountered no legal challenges, daily fantasy sports, which involves betting, has had to overcome hurdles. Opponents say that DFS constitutes gambling and should be subjected to all of the same laws as those that govern casinos and other betting activities. Proponents say that DFS is a game of skill that involves familiarity with players and teams and the prizes reward skilled players.

In the United States, until recently, DFS was determined based on local gambling rulings and laws on a state-by-state basis. The federal  Unlawful Internet Gambling Enforcement Act (UIEGA), which successfully contained online gambling for many years, specifically exempted DFS.

In some states DFS is a form of illegal gambling. Nevada declared that DFS games are to be licensed as a sports pool. New York, Virginia and Massachusetts along with 15 additional states, classify DFS contests as legal games of skill. Now that the SCOTUS has ruled that individual states can legalize sports betting, it's expected that more states will codify DFS and allow the contests to take place in their states.

Fantasy Sports and the Internet

Fantasy football started to annoy the NFL when the internet entered the equation in the 1990s.

The Internet made it easier to organize fantasy leagues, hold drafts and keep score. Player injury updates and other notes were still not readily available. Some ambitious fantasy owners resorted to calling NFL team public relations offices to ask for details about player statuses and injuries.

Greg Ambrosius, a longtime fantasy sports advocate and former chairman and president of the Fantasy Sports Trade Association  admits that "the leagues just hated us. We were just nerds. Forget the fact that we were fans, they considered us a niche audience of stat geeks."

Yet media coverage of fantasy sports increased, despite the NFL's reticence. In 1995, Ambrosius joined Starwave as the site's first fantasy sports writer. Starwave was ESPN.com's predecessor and their focus on fantasy sports caused CBS' SportsLine.com and Yahoo Sports to rev up fantasy coverage, though  the NFL was hesitant. In 1999 Chris Russo was hired as NFL senior vice president. He was put in charge of the league's website, NFL.com. Russo was a proponent of the NFL cooperating with fantasy sports and did all that he could to promote it. He commissioned a study that found that fantasy players watched more games than average fans. This was the key to getting the NFL to cooperate.

"Internet fantasy was only a few years old," recalled Russo. "I think there was not a huge understanding of what it was, and maybe there were concerns about whether it would be right for the fans or could it be construed as gambling. There were a lot of questions."

Peter Schoenke, a fantasy pioneer and president and co-founder of RotoWire.com said that "It was like a lightbulb went on. The NFL completely switched gears from distancing itself from fantasy to embracing it." NFL players began to appear in ads for the league's fantasy game and the NFL players association started sponsoring fantasy conferences. As soon as the fantasy nerds and stat geeks were identified as diehard fans, NFL.com was hooked.

Fantasy Sports was basically a season-long fantasy game among friends but FanDuel and Draft Kings came along and changed the status quo. The NFL was not amused. NFL commissioner Roger Goodell said "season-long fantasy ... it's for fun. Daily fantasy's taken a little different approach." The league was not supportive but some of the people who were intimately involved in the NFL --  Jerry Jones and Robert Kraft, owners of the Dallas Cowboys and New England Patiorits respectively  -- invested in DraftKings and other teams marketed for DFS companies. High-profile players promoted the games on social media.

When advertising for fantasy sports became overwhelming, politicians got involved and steps were taken to squash the fantasy sports companies. It wasn't until the Supreme Court ruled that individual states could allow sports betting that the industry started to grow again.

Russo is now managing director of global investment bank Houlihan Lokey. "In a strange way," he said, "all of the controversy around daily fantasy -- Is it a game of skill? Is it gambling? -- may have been the bridge to sports gambling."

Russo noted that "The media also has had big impact, in part because there was such intense coverage of the fantasy debate. And that has led to the next question, which is if daily fantasy is OK, why not sports betting? Is that really that much of a jump?"