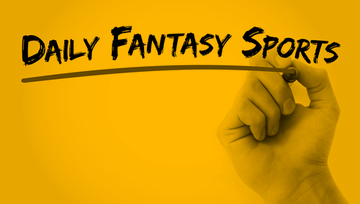 Although we all love our Grande Vegas Casino for all casino type games, we've all got one eye on how sports betting will play out with the new US regulations or lack thereof.  Let's look at Lousiana today....

This past November, forty eight of Louisiana’s sixty seven parishes voted to legalize online fantasy games with real money betting. The vote was the first step to bring daily fantasy sports betting – and possibly further sports wagering – to the state. Once the legislature finalizes the rules by which fantasy sports will begin to operate in Louisiana, it will be clearer how sports betting will play out for state gamblers.

State Rep. Kirk Talbot, R-River Ridge, sponsored the ballot measure. He’s optimistic that operators will be able to offer DFS, and perhaps other types of sports betting, by the start of the 2019 football season this coming September. Talbot acknowledges that there will be a fight over the regulations but he’s not concerned. "It is just mundane policy stuff," he said.

The voters in the majority of Louisiana’s parishes endorsed a law that will  allow sports enthusiasts to play fantasy sports online on their PCs or smartphone devices. Fantasy sports involves crafting teams of players from major sports, paying an entry fee and aiming to achieve cash prizes based on how those players perform in actual games. Once the games – mostly major league games – are played, the winners receive their payouts

To implement DFS the Louisiana legislature is being asked to consider 3 separate bills. The bill that succeeds will direct how fantasy sports will proceed in Louisiana and may also provide guidance for further online sports betting.

The first of the bills is House Bill 459 which was introduced by Talbot.   Talbot’s bill will tax fantasy sports firms 10% of net revenue.  Talbot said he determined that rate after checking tax rates in other states.

"And that is subject to debate," he said. "That is not hard, chipped in stone. I don't want to be the most onerous."

In addition to Talbot’s bill, two competing bills were filed by House Ways and Means Committee Chairman Neil Abramson, D-New Orleans. Those bills. 495 and 500, take into account sports betting which might become a reality in the near future but will involve a separate, and likely more volatile, debate.

Gene Mills, executive director of the Louisiana Family Forum, says that both the 8% proposal and the 10% proposal are too low. He objects that the amount that the state collects from sports fantasy firms and other issues deserve more scrutiny.

Mills notes that truck stops that offer video gambling are charged up to 32% and the rate charges to DFS and other online sports bets should be in line with that amount.  "We are dealing with a huge disparity that I am pretty certain is going to bring out the ire of other gaming interests in the state" Mills said. "And we make them prove they are a legitimate Louisiana enterprise."

Louisiana Family Values describes itself as an organization that advocates for traditional family values. They opposed the November 2018 ballot initiative and now want to minimize its impact on Louisiana residents. "We are watching very closely to how the rules are promulgated and the concerns that it brings to the state of Louisiana," said Mills.

Under Talbot's bill, sports fantasy firms would need to be licensed by the state. They would agree to pay the gaming board an annual fee of $10,000. Abramson’s bill would take a $5,000 fee which he proposes to split between the state treasury and early childhood education. Abramson said that he would prefer to overhaul Louisiana's financial structure but the money would be better used to address early education with a portion of the proceeds.

Observers are unsure of the extent of the income that online sports fantasy games will generate for the state. Optimists estimate that legal sports wagering could raise up to $62 million per year in Louisiana with more coming through online betting. Abramson is unsure. "I think it is premature to really have a firm idea what the number will be".

In any event, both Talbot’s and Abramson’s proposals would limit DFS betting to those bettors who are physically located in the 48 parishes that approved the pursuit. Through geofencing, which identifies a user’s location using geolocation technology (similar to WAZE and Google maps directional tools), individuals who are not physically present in a DFS-friendly parish would be restricted from placing bets.

According to Talbot, it’s possible to restrict the betting to those locations where it’s legal.  “It’s working in other states” Talbot said. "A lot of people are familiar with fantasy sports.  I don't even think they consider it 'gambling.' People are not blowing a lot of money on fantasy sports."