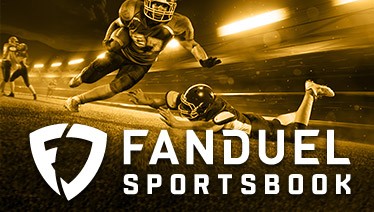 Sports fans have been struggling to fill the void that was left when the sports leagues cancelled their events. All of the big leagues are on hiatus so unless you’re interested in a rousing spot of neighborhood tennis or watching a few local kids shoot the hoops on an otherwise-deserted school court, you’ll have to be creative to find some activities on which you can cheer and bet.

One option involves online fantasy sports with no deposit bonus codes to attract bettors. Face-to-face fantasy sports tournaments have been canceled but there are some online options that may fulfill the yen to participate and enjoy some alternative sports without the risk of any type of contact with others.

Fantasy sports involve competitions in which participating players assemble their virtual or imaginary teams. These teams are made up of actual professional sport players but they compete in a fantasy world where competitions are based on the way that those players perform in actual games.

A league commissioner manages and coordinates the overall league while team owners draft, trade and drop players based on their assessment of their real-life counterparts’ performances. After the real game has been played, the performances of the fantasy players are converted into points which each fantasy team’s manager compiles and totals. The manager can calculate the points using a computer program that tracks the results of the real played games or s/he can calculate the points manually.

Selecting the right players is the key to success in fantasy sports. Analytics and big data are important components of the players’ final achieved results. Gaming platforms such as FanDuel and Draft Kings, which are popular in the United States, provide information about players’ performances and about the teams. That data is evaluated with software and participants make their decisions of how to build their teams based on those metrics.

People have been playing various forms of fantasy sports for decades. Fantasy sports basically involvecontests based on the year-to-date stats of selected players. Early fantasy sports emerged in the mid-20th century. Sports journalists were some of the earliest participants. Over time their interest was passed on to other sports fans. Once computers and Internet became widespread, the pastime exploded in popularity.

Fantasy sports is credited with making smarter sports fans, allowing fans to feel a more participatory relationship with the sport and with giving fans more of a stake in the competition. Playing fantasy sports gives the participant a feel that s/he is a decision-maker so s/he feels more invested in the game.

Even with the COVID-19 shutdown, there is some activity in the sporting world and much of it revolves around fantasy sports. Fantasy sports may have once centered on NFL teams but today, you can play fantasy sports by following sports leagues that are still active. They include the Belarus Premier League (BPL), Taiwan’s Super Basketball League (SBL) and the top division football league for Nicaragua, Liga Primera.

Sudhanshu Gupta, chief operating officer, at Paytm First Games, admits  “With most of the popular leagues and sporting events having either been postponed or cancelled, some of the smaller leagues are gaining popularity amongst fans of fantasy sports. However, the total number of users showing interest in these leagues is fractional compared to the more popular leagues.”

Yet Gupta sees an opening for small businesses such as his. “We use a lot of real-time analytics, personalisation and segments to provide the right journey to our users from the time they register on the platform to when they become a pro at the various games,” Gupta says.

The big players in the world of fantasy sports are finding that they have to be creative to  keep bettors interested during the closure of sporting events. Every industry has been challenged by the COVID-19 pandemic but the sports betting industry in general, and the fantasy sports sector of that industry, is facing a complete upheaval.

Everything is suspended for the foreseeable future. Gambling companies, including sportsbooks and fantasy sports operators, are scrambling to come up with alternatives that will help them weather the shutdown and keep bettors interested and focused on the product.

DraftKings, one of the giants of the fantasy sports industry, is keeping in touch with its consumer base by offering traditional daily fantasy sports as well as online and mobile casinos games. Johnny Avello, head of DraftKings’ sportsbook, says that Draftkings was actually prepared for an emergency thanks to the company’s mobile app which is, Avallo said, “the core of our business.”

In addition, DraftKings is looking for offerings and content that they hadn’t pursued before. The never-before-considered offerings include Belarus football, English pub darts and competing on the outcomes of reality shows in free pools. DraftKing’s free-to-play tool saw the televised NASCAR iRacing draw over 34,000 entries. “Of all the virtual sports that we’ve seen so far, I thought that one was really well done, and really displayed well on TV,” said Avello. “I think that’s where we’re gonna go as far as new offerings in the future.”

Like Paytm First Games, DraftKings is featuring games played by the Super Basketball League of Taiwan in states such as Pennsylvania and West Virginia where online betting is legal.

DraftKings hasn’t ignored its fan base which is based on daily fantasy sports. It’s just trying to keep everyone engaged until things return to normal. The company has had to be creative so they’ve turned to esports including a pick ‘em pool for the 2K NBA players’ tournament and video esports games such as CS:GO, Madden, Rocket League and League of Legends.

There have also been free pools for events such as the finale of Curb Your Enthusiasm, the March 15 debate between Bernie Sanders and Joe Biden, wagers on the weather forecast and pools on the fate of the participants of TV reality shows. Those offerings have proven popular and will continue, perhaps even after the pandemic.

Ping pong hasn’t attracted such a large following since 1972 when it became a vehicle for opening up relations between the United States and China. Ping pong has become a big moneymaker for DraftKings thanks to wagers from clients who would normally be focused on the opening of the MLB season and the WTA tour.

There’s no doubt that DraftKings has experienced serious losses. Avello said, “We took some major hits, there’s no question about it but we’re staying above water with what we have to offer. I would say the company is in good shape, and we’re gonna come out blazing when this thing’s over.”

But at the end of the day, Avello is optimistic. “We had to get a little creative and find content that we wouldn’t normally use. And when we return to normal, that content won’t be first in the forefront, but it’ll still be on our menu.”