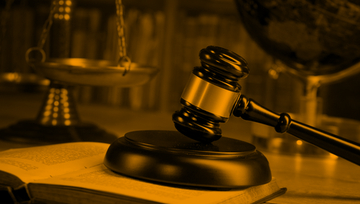 The Department of Justice’s recent attempt to apply the 1961 Wire Act to online lottery and Vegas casino online betting was ruled unconstitutional by a U.S. District Judge. Judge Paul Barbadoro ruled that the DOJ was acting outside its authority in applying a wider interpretation to the ban on interstate online wagering.

The case reached Judge Barbadoro’s courtroom after the New Hampshire Lottery Commission sued to have the broader interpretation of the U.S. Wire Act overturned. The NH Lottery Commission uses a vendor with servers in Vermont and Ohio.

The Commission sued in order to prevent their operations from being considered criminal activity. If the state was forced to suspend lottery sales involving interstate transactions, New Hampshire would lose more than $90 million in annual revenue.

The suit was backed by New Jersey, Pennsylvania and Michigan.

According to Barbadoro’s decision, he states "faced the choice between risking criminal prosecution, winding down their operations, or taking significant and costly compliance measures that may not even eliminate the threat."

Barbadoro said that, looking beyond the grammar to the context of the law was crucial when deciding on the Act’s meaning. He pointed to the Paraphernalia Act, which was a separate law that had passed simultaneously with the Wire Act. According to the judge, the Paraphernalia Act was a better indication of Congress’s intention.

Barbadoro wrote, “That these two gambling statutes were passed the same day sends a strong contextual signal concerning the Wire Act’s scope. The Paraphernalia Act demonstrates that when Congress intended to target non-sports gambling it used clear and specific language to accomplish its goal. In other words, when Congress wished to achieve a specific result, ‘it knew how to say so.’"

The Trump administration’s reading of the act, in which it indicated that it might try to apply the Wire Act to interstate sale of online lottery tickets, cannot stand as written and the biggest winner is the online poker industry.

The court’s decision benefits not only the New Hampshire Lottery Commission but it also gives online poker operators a signal that they can expand their offerings within the United States. The decision may also impact the daily fantasy sports and sports gambling industries but that is far more nuanced.

For online poker casinos,  the Trump administration's November 2018 memorandum, that put at risk the interstate poker pools that were being established by states that had legalized online poker (Delaware, New Jersey and Nevada) could have prevented licensed operators from offering contests across state lines if it had stood.

By broadly interpreting the 1961 Wire Act, the Justice Department created a situation in which it was doubtful whether online companies that offered interstate poker contests could do so legally. Barbadoro’s decision clearly supports the legality of interstate poker compacts. That now paves the way for online poker's further growth on a semi-national or national basis.

However, these online sportsbooks will likely be pursuing this effort alone since their previous allies, online poker operators, don’t face the same level of risk associated with interstate gaming compacts any more and, as such, don’t have the same interest in seeing the Wire Act annulled.

Barbadoro’s decision doesn’t answer how the government should relate to the fantasy sports industry. Fantasy sports, which involves predicting player performances over multiple real-world sporting contests, still operates in a bit of a gray area. It may or may not constitute the "placing bets or wages on [a] sporting event of contest." So the question is, whether fantasy sports betting is subject to regulation by the Wire Act after the District Court ruling.

Up until the Trump administration's November DOJ memorandum, the government seemed to view fantasy sports as straddling the fine-line demarcation between "placing bets or wages on [a] sporting event of contest" and fantasy sports activities.

The November DOJ memorandum rejected the notion that the UIGEA  --  Unlawful Internet Gambling Enforcement Act of 2006  -- was applicable to "bets or wagers on any sporting event or contest." As a result, the Wire Act's application was left more up to common sense than statutory clarity.

The Trump administration seems to have concluded, for the present,  that there’s no relationship between the Wire Act and the UIGEA. For the DFS industry, that’s unclear. The New Hampshire court decision did not address the arguable overlay between the UIGEA and the Wire Act so that issue remains open to interpretation.  For now.