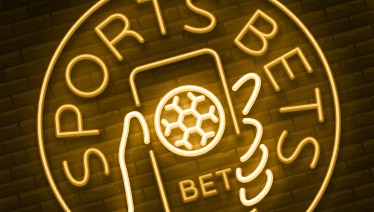 The United States Supreme Court recently ruled that states can legislate online casino and live casino sports betting but that doesn’t mean that Congress is turning the field over the states’ legislators totally. In an attempt to place some kind of federal oversight on the new opportunities that sports wagering offers, the United States House of Representatives Subcommittee on Crime, Terrorism, Homeland Security, and Investigation is considering ways to limit the states’ independence on gambling issues.

This week the committee held hearings that were set to examine how the law could and should protect bettors from perceived dangers including “ghost games.” In one of the more curious testimonies, NFL officials described their fears about the perceived integrity threat of “ghost games.”

The NFL, you might remember, has, for years, been one of the staunchest opponents of sports betting, citing the “integrity of the game” as its reason for opposing the legalization of sports wagering in America. Now that the Supreme Court of the United States, SCOTUS, has ruled that states can legislate their own sports betting laws, the NFL is looking for ways to get in on the action. One of their tactics is to convince Congressional legislators that bettors can be duped by fake games if the sportsbooks don’t purchase official league data.

NFL executive vice president Jocelyn Moore submitted a letter to Congress on behalf  of the NFL in which she outlined their concerns.

“Use of official league data also protects consumers from fake matches or “ghost games” created by criminals or unscrupulous operators.

In this scenario, a sports betting fixture is listed through one of the numerous companies that provide unofficial data to the bookmaking industry. But it is either a fake match (one that takes places but is played between two different teams than the ones listed) or a ghost game (one that does not take place at all).

There are multiple recent examples of such incidents in lower level soccer leagues around the world. Similarly, we are concerned that NFL fans could find themselves betting on fake in-game proposition bets, bets that seem real but are in fact fraudulently designed to dupe unsophisticated bettors.

Such scenarios could be eliminated by requiring sports betting operators to use authentic data provided by sports leagues."

Ghost games involve matches posted by trusted bookmakers post the match which are then pirated by Illegal bookies who take wagers. Those bookies’ fixers have fake spotters who transmit bogus information to the books about the progress and score of the match.

Observers note that, in the recorded history of sports and match fixing, there have been only a handful of documented cases of successful ghost games where fixers convince bettors to place wagers on games that will not be taking place. Recorded ghost games are few and far between. They mainly involve obscure soccer matches including one notable incident in which a fixer convinced two teams not to show up and then staged a fake match, pocketing the proceeds of the bets.

Analysts question the NFL’s request for more federal controls over sports betting. The NFL cites ghost games but in order for a ghost fixing scheme to succeed, the instigators must control information flow about the pretend game. You’d need sportsbooks, teams, league officials and data companies to be either wittingly or unwittingly complicit in the multiple steps that it takes to fake a game.

The NFL says that that’s why it wants to force operators to buy its data feed. No information can be compromised if a pro sports league provides the data on its games. Of course, the operators would need to pay for that service.

The opposition counters that if all the data comes from one source – the league – the fixers and their hackers would only need to infiltrate that one source in order to plant their own fake data. In addition, every NFL game is televised nationally. Millions of fans can see exactly what’s happening which makes it highly unlikely that false information could be disseminated.

The Committee is set to hear testimony from Becky Harris, chairperson of the Nevada Gaming Commission, who will explain how Nevada has successfully weeded out match fixers. Integrity of matches is vital to Nevada’s sportsbooks. The industry knows that it would take just one fake match to bring the whole Nevada sportsbook economy down.

Nevada regulators say that it’s not necessary to require the sportsbooks to buy official league data (the NFL’s hope) since their intricate betting systems have, to date, successfully prevented scammers from faking matches. It’s logical that if Nevada has successfully dodged potential fakes for this long, regulated operations in other sports betting states will be able to too. States such as New Jersey, West Virginia, Delaware and Mississippi will be able to draw on the expertise of Nevada as well as the experience of European parent companies (Betfair, Paddy Power, William Hill) which now back many new US operators.

The NFL has never made a secret of its opposition to America’s new sports betting activities. It lobbied hard to keep the PASPA federal sports betting ban in place. Now that SCOTUS ruled that individual states can regulate sports betting, the NFL is trying to convince Congress to enact federal legislation to limit such wagers as much as possible.