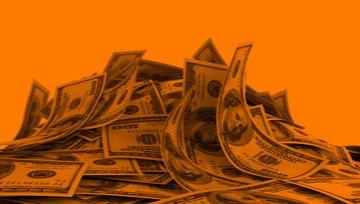 Despite widespread backlash among consumer advocates on social media, a number of Vegas casinos are not only maintaining their add-on charges – they are raising them. Despite backlash, Vegas resorts are continuing to add extra costs on to the basic overnight fees for parking, in-room and resort-wide Wi-Fi access, fitness center access, boarding pass printing, local and toll-free calling, parking, newspaper services and more.

The resorts have a number of ways of referring to these fees – “destination fees,” “venue fees,” “amenities fees,” “concession fees” and “facilities fees.”  Whatever they’re called, such fees can boost a guest’s overnight stay by hundreds of dollars.

Many, many more reasons to boost your Vegas casino online experience at our very own Grande Vegas Casino!

Caesars Entertainment will increase its daily resort fee from $39 to $45. That’s the norm on the Strip for high end venues such as the Bellagio, Aria, Venetian, Palazzo, Wynn and Encore. This will be the first time that Caesars has raised its resorts fees at any of its Las Vegas properties since 2017. The resort fees will be added on to the visitor’s nightly fee. Caesars spokesperson Kristin Soo Hog said that the resort fees at the hotel are "in line with relevant competitors.''

Not everyone is convinced that raising the resort fees are the best way to grow. According to Tony Rodio, CEO of Caesars Entertainment, resort fees are something about which the company should be “a little bit cautions……I don't think we're there yet, but I want us to be very judicious and ... cautious about taking those rates any further,'' Rodio said during the company's quarterly earnings conference call in early August. But he admitted that the resort fees are a "revenue stream that's hard to walk away from.''

Congress seems poised to answer consumer outrage over resort fees with a new bill that would force companies to provide more accurate information about the price of hotel rooms. The legislation would require that companies include mandatory fees – before taxes – when advertising the hotel room’s cost.

Currently, the price of a hotel room, as advertised on a site such as Expedia.com or Booking.com, shows only the price of the accommodations.  You see the price of the room, click on the room and get an overview of what’s included.  It’s only once you click to pay that you see that the price isn’t the featured price, but rather one that’s much higher.  To find the reason for the change, you need to click to investigate further.

Consumer Reports says that their survey of travelers who have booked accommodations overnight over the past two years nationwide shows that more than one-third of people experienced a hidden hotel fee.  The hidden fees aren’t limited to Vegas hotels but, with its large tourism industry, Vegas has become the hot spot for consumers to vent about the Resort Fees.

Travel consumer lawyer and advocate Lauren Wolfe says "We are now seeing people turn away from visiting areas plagued by resort fees such as Las Vegas. The worst hotel resort fee offenders are in areas where the hotels can prey upon unsuspecting tourists. These hidden fees are now found at almost every hotel surrounding Walt Disney World, Times Square and the Las Vegas Strip."

Congressman Jeff Fortenberry of Nebraska and  Congresswoman Eddie Bernice Johnson of Texas have teamed up to introduce bi-partisan legislation (Fortenberry is Republican while Johnson is a Democrat) called the Hotel Advertising Transparency Act of 2019. If it passes, the new law would require hotels and lislting sites to ensure that consumers see the full pre-tax price of a hotel room.

Fortenberry said, "When travelers search for hotel options, they deserve to see straightforward prices. They should not get hit with hidden fees that are designed to confuse consumers and distort the actual price. I am pleased to support this legislation that will result in greater transparency for the traveling public."

Johnson added that, “All we’re trying to do is say tell people upfront what to expect, what will be included when they get ready to pay the bill.

Meanwhile, a number of lawsuits have been filed this year against national hotel chains. Attorney General Doug Peterson of Nebraska filed a lawsuit against the Hilton chain of hotels related to the hidden charges and Attorney General Karl Racine of Washington filed one against Marriott Hotels. The Washington suit was filed in July in Superior Court after an investigation conducted by all 50 state attorneys general ascertained that the practice of adding hidden fees was industry-wide. The Hilton case came out of a different investigation into hotel fees,

Meghan Stoppel, the division chief of the Nebraska attorney general’s  consumer protection division said that their investigation found Hilton's advertising of these fees, both over the phone and on its website, to be misleading, deceptive and in violation of the state's consumer protection statute.

Brian Crawford, executive vice president of government affairs for the American Hotel and Lodging Association  defends the resort fees. "When resort fees are applied, they are clearly and prominently displayed by hotel websites prior to the end of the booking process, in accordance with guidance issued by the U.S. Federal Trade Commission. We believe that all online lodging advertisers, including third-party online travel agencies and short-term rental platforms, should be held to the same standards of transparency."

Nigel Glennie, a Hilton spokesman, said that their resort fees meet the proper disclosures. "Resort fees are charged at less than two percent of our properties globally, enable additional value for our guests, and are always fully disclosed when booking through Hilton channels."

Some industry insiders actually think that the legislation will benefit the industry. Will Hatton of the Broke Backpacker travel blog said ""Personally, for me, it is a massive frustration thinking I have got a good deal on an Airbnb property, then to be hit with a cleaning and admin (fee) that can almost double the price."

When push comes to shove, consumers need to exercise caution when making reservations.  They need to read the fine print and check their bill. Consumer advocates note that the hotel companies get away with the resort fees because so many consumers are winded after going through the process of booking, so even if they notice the extra charge, by the time they click the “pay” button, they just want to complete the reservation and move on. Hotels know this and they feel safe in continuing to add their resort fees – they believe that the majority of consumers complete the booking so that small number of people that they lose doesn’t make it worthwhile to stop the practice.

Lauren Wolfe recommends that consumers file a consumer complaint with their attorney general for a resort fee refund. If enough people file such a request, it will no longer be worthwhile for the resorts to add the hidden fees. Wolfe says, "I believe resort fees violate existing state consumer protection laws. If your attorney general feels the same, they should be happy to respond to your complaint. They will likely work with the hotel to make sure you get refunded. The consumer complaint form is online and can be filled out in less than two minutes."