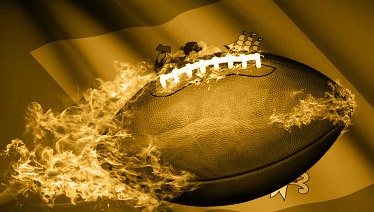 Delaware has three casinos which will all introduce sports betting, starting next week. They will feature betting opportunities on professional baseball, football, hockey, basketball, soccer, golf and auto racing for regular season games and championship games.

The first big test of the new sports betting opportunity will involve the NBA finals which began May 31st. The games could conceivably run through June 17th if the championship series goes to a 7th game, meaning that Delawareans have plenty of time to get their feet wet during these NBA finals.

Delaware is just testing the waters but there's a lot of anticipation about bigger events to come where bigger sums are expected to be wagered.

Delaware's Finance Secretary Rick Geisenberger said “Obviously the key is going to be the football season because the bulk of betting in America is on football. We’ll learn a little bit in June and July, but we’ll learn a lot more in September.”

The Supreme Court ruling that allows sports betting in states that legalize the activity was just handed down in May but Delaware is getting a quick start because its sports betting legislation was initially passed in 2009. At that time a law, passed by Congress (PAPSA –  Professional and Amateur Sports Protection Act of 1992) was in effect, nullifying Delaware's legalization of sports betting activities.

PAPSA was overturned by the Court last month and Delaware can now move ahead through its pre-existing wagering system.  Delaware was one of only four states, along with Nevada, Oregon and Montana, that received grandfathered exemptions from the 1992 federal ban on sports gambling that was recently struck down by the Supreme Court. Based on the grandfather clause lawmakers in

Delaware authorized the state lottery office to promulgate regulations for betting on any collegiate or professional sporting event (other than for games that involved Delaware universities or colleges).

The plan was struck down by a federal appeals which ruled that Delaware was restricted in its grandfathered status under the federal ban and could only offer multi-game parlay bets on National Football League games. That system is now the basis of Delaware's new sports betting infrastructure so, within weeks of the Supreme Court ruling, the state is prepared to move forward with its sports betting program.

“We’ve had sport betting for nine years, so it’s not new to us,” state lottery director Vernon Kirk said. We’re not surprised the software works because it’s been working fine. We didn’t have to make any significant changes.”

At the present time bettors will make wagers in person at one of Delaware's four land-based casinos. Officials, however, are working on a mobile application that will eventually allow someone who is physically present in Delaware – geolocated – to place their bets via smartphone.

Kirk admits that the launch of any mobile application is at least several months away but says “We certainly think that’s the future of sports betting.”

Not everyone is convinced that sports betting will pay off for Delaware.

The state's existing sports lottery has taken in about $46 million in wagers each year over the past two years. The profit is about 25 percent but after the oddsmaker takes its cut, about 40 percent of the remainder goes to the casinos and another percentage is collected by the state's horse racing industry. That leaves little for the state – in fiscal 2017 the state’s final profit amounted to about $2.2 million and $9 million in fiscal 2018.

This is the revenue-sharing scheme that will be used for the new sports betting system. The state, casinos and horse industry will share the leftovers from the revenues after the winners are paid and the state’s primary sports betting contractor Scientific Games collects its first cut of 15.6 percent of the remainder.

In addition, while the average net take on parlay football bets is approximately 25 percent, the average payout on single, head-to-head game wagers averages out at about five or six percent. The state would need to see a sharp increase in wagering if it expects to match or exceed its current profit. If there's an increase in betting, the state will win. If not, the whole enterprise wasn't worth the effort for the state.

Delaware's sports gambling laws don't allow for bets to be placed on games that involve Delaware college teams but critics of the law say that, of all the sports leagues that are involved, the NCAA has the most to lose. They say that, while professional athletes are paid so much that they wouldn't dare put their careers at risk for any bribes or other types of hanky panky, college athletes are vulnerable to being lured into points shaving schemes.

As the program moves ahead it will soon become clear whether this is true. Point-shaving scandals make the news every couple of years and sports betting doesn't seem to make the difference. The CCNY scandal occurred in the 1950s, a Boston College incident made the news in the 1970s and the Tulane incident headlined in the 1980s.

It remains to be seen just how newly legalized sports betting will pan out but it's a good bet that it will impact colleges more so than major pro sports. Gary Roberts, president of Bradley University and a longtime sports lawyer and professor comments that “This opens up a whole brave new world of issues – intellectual property issues, commercialization issues, how injuries are reported” in college sports. It’s too early to sort through all of them, but I know that it’s going to create an industry of people dealing with all of the spin-off issues.”

Delaware's law excludes collegiate sporting events that involve a Delaware school and some observers believe that this will insulate the colleges a bit.

“I wouldn’t be surprised if we see other states kind of tailoring their legislation to protect their own college athletes,” John Wolohan, professor of Sports Law at Syracuse University said “the idea is if there’s going to be corruption, or the game is going to be corrupted somehow, it’s OK if it’s up in Syracuse or Ann Arbor, just not if it’s down in New Brunswick.”

A betting exemption in Nevada was cancelled due to opposition from the gaming industry.  “You can’t have certain teams that you aren’t able to offer bets on because all that’s doing is fueling the illegal market” AGA senior vice president of public affairs Sara Slane said. “Someone is going to take a bet somewhere if it’s not through the legal, regulated operators.”

Over 20 states are considering some type of sports betting legislation. Bets are on that they'll be watching Delaware to see how their sports betting options pan out.