Finding the Money in Fantasy Sports 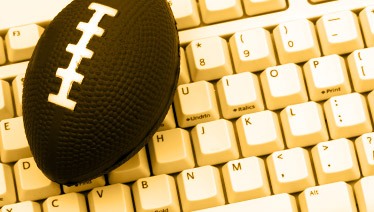 Fantasy sports has become a multi-billion dollar business in just a few years and the momentum shows no sign of abating. In fact, thanks to new sports betting legislation and the online casino, the industry is growing rapidly. Millions of sports fans are hooked on the pastime – over 20 million, at last count, participate in the games at least once a week.

Why are heavy investors, including Fox Sports, the NFL, Shamrock Capital and NBC sports, investing heavily in the fantasy sports industry?

What are Fantasy Sports

Playing fantasy sports is easy. You submit your entry fee, select the lineup under a capped fantasy budget and collect your payouts based on the results. You keep doing this over and over again, making changes to your line-up and connecting your own fantasy team to the successes and failures of the real sporting events.

Fantasy sports actually began in the ‘60s but it took off in 2006 when Congress passed the Unlawful Internet Gambling Enforcement Act (UIEGA).  That legislation banned online poker because it was deemed a game of chance. However, fantasy sports wagers were categorized as a game of skill and was allowed.

Today the fantasy sports industry is one of the fastest growing businesses in the world. The industry believes that fantasy sports user base will reach 100 million users within the next 2 years. That will put projected revenues in the hundreds of billions of dollars.

How do the fantasy sports companies make their money?

There are varying types of fantasy sports companies. Players can join a free league such as those on sports sites like ESPN or Yahoo Sports or participate in daily fantasy football via sites like Fan Duel or Draft Kings (DFS  offer the opportunity to achieve winning payouts for weekly contests that are held during the season. )

Daily Fantasy Sports offer fantasy players the chance to win NFL-sized payouts. That makes the genre a popular fantasy sports option. These types of sites earn most of their revenue by charging their participants fees. In return for operating the cash-prize contests, the sites take their cut. For example, FanDuel takes a cut – a “rake” -- of about 10%. The other 90% of the fees fund the payouts which are paid out to the competition winners.

Daily Fantasy football, the most popular type of DFS,  differs from average fantasy-football leagues. In the traditional fantasy football, each team drafts a roster of NFL players. Then they stick with that team throughout the season.

DFS sites offer new contests every week. The player doesn’t need to make any big commitment while the sites (i.e. DraftKings and FanDuel) enjoy more opportunities to collect more fees. The trick, for these sites, is to keep people coming back. That requires a significant expenditure in advertising but, since both sites are prepared to put out that money on marketing, it’s evidently worth it.

DFS sites have expanded in recent years to increase their income. They are selling tournament sponsorships and producing videos with brands.

Sites such as CBS, Yahoo and ESPN operate free fantasy-sports leagues. They earn their revenues by tempting people into paying for extra services. For players at CBS sports, for instance, there’s a free league option which players can customize to add more teams. Other “extras,” where the sites make their money, include entry fees, drafting and viewing parties, prizes and league materials such as boards for the “draft.

Some of the recent partnerships include:

Paddy Power Betfair, one of Europe’s biggest bookmakers, acquired the FanDuel Daily Fantasy Sports site this summer with the goal of merging the online strength of Paddy Powers with FanDuel’s experience in  providing fantasy sports.  The two companies are combining their online businesses and move forward as one entity.

The company, now called “FanDuel Group” will be able to offer their clients a wide range of brands including the classic FanDuel DFS, Betfair Casino, TVG Network and DRAFT. In addition to all of the traditional FanDuel games and contests, users will now have access to new games and features plus multiple sports betting products.

Paddy Power Betfair, which is now partnering with the New Meadowlands Racetrack in New Jersey, will use the FanDuel brand at Meadowlands as well as at other US-facing platforms. This will include both land-based betting and opportunities for online and mobile betting.

FanDuel also has closed deals to run sportsbooks at The Greenbriar in West Virginia.

DraftKings will be offering sports betting for Resorts Atlantic City. The two gambling entities will be working together, with Resorts Casino Hotel to be DraftKings’ New Jersey licensing partner. The partnership satisfies a regulatory requirement that demands that a state partner be involved in order to offer online sports betting in the state.

DraftKings entered into the partnership in order to more easily get a foot in the door in the New Jersey gaming market. Now it can offer sports fans an innovative and unique sports betting product while leveraging its existing online customers and its industry-leading technology.

DraftKings plans to draw on its experience in developing popular daily fantasy sports contests to launch a web-based sportsbook platform and a sports-betting app.

Now that sports betting is legal in many states, sports leagues have begun to partner with casinos and with the fantasy sports sites. The first partnership was announced earlier this month when the NJL made FanDuel an exclusive DFS partner and an official sports betting partner.

FanDuel has also partnered with the NHL’s New Jersey Devils which will allow it to display its FanDuel logo inside the stadium during the Devils’ home games. FanDuel will offer DFS users promotional giveaways to NHL games and will “leverage its relationship with the NHL in the sports betting category” according to a press release.

The NHL is also partnering with MGM resorts which will become one of the league’s official betting partners. The deal allows MGM Resorts to receive access to the league’s data. NHL Commissioner Gary Bettman believes that such partnerships offer the league a way to increase the game’s popularity among fans.

Such cooperative agreements seem to be the wave of the future as the Fantasy Sports sites, leagues and casinos discover that collaboration gives them more to gain than to lose.