Four of the Last 100 Years' Most Famous Gamblers 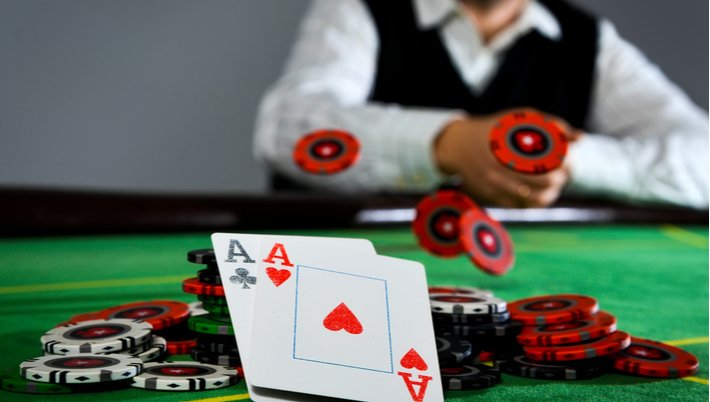 There were many famous historical figures who liked to gamble.  Claude Monet won enough playing the French lottery that he was able to quit his job to paint. The famous Russian novelist Fyodor Dostoevsky wrote a book The Gambler based on his struggles with gambling that left him in debt.  Henry VIII played with anyone and everyone, including commoners while King Charles II was a gambling tactician. Queen Marie Antoinette learned to gamble from her mother who wanted her daughter to know how to “earn” her own money.  Even American presidents including Harry Truman, Franklin Delano Roosevelt and Richard Nixon were enthusiastic bettors.

Some people, however, were famous BECAUSE of their gambling activities. They include online casino players, gamers who were successful at roulette, poker or blackjack tables and those who used gambling for more “creative” endeavors.

Some of history’s most famous gamblers who are remembered for their gambling exploits include:

Billy Walters was, in his day, one of Vegas’s most successful sports bettors. His winning streak continued for 3 decades and was responsible for much of his 2014 net worth of $100 million.

Walters grew up poor but became a successful businessman through hard work and entrepreneurship. In 1981 he left his job as a auto wholesale dealer and began to devote himself to casino gambling. He first experienced success in Atlantic City where he won almost $4 million at a roulette table where he had discerned a wheel bias. He went on to win the 1986 Super Bowl of Poker.

Walters became one of the first big-time gamblers base his sports bets on computer analysis. From the 1980s onward Walters experienced winning streak after winning streak in his bets on NFL football, college football and basketball. He bet on the New Orleans Saints in the 2010 Super Bowl and won $3.5 million. Many of Walters’ bets must be placed anonymously, through “runners” so that the bookmakers don’t invalidate the bet.

Walters was accused of insider trading relating to stock holdings in Dean Foods and served time in jail. He is currently under house arrest after having been released from Federal Prison Camp in Pensacola due to the COVID-19 pandemic.

Doyle Brunson is a two-time champion of the World Series of Poker Main Event. His books on poker are considered must-reads for all poker players, both casual and professional.

Brunson was a business machines salesman who liked to play poker casually. When he won a seven-card stud game and earned more than a month’s salary from the proceeds, he quit his job and started to play poker professionally. In the beginning, he played illegal games in Texas, Louisiana and Oklahoma. On his first trip to Las Vegas he lost everything but slowly built up his skills and his reputation until he was playing in the WSOP Main event every year. He won the championship twice, in 1976 and 1977, and went on to author Super/System which is still acknowledged as the most authoritative book on poker.

Super/System was a revelation in that it made professional poker secrets available to casual players. It clearly set out how professionals such as Brunson won so frequently. His name is revered in the poker world as someone who had insights to share and was willing to share them in order to give new players the information that they needed to succeed. There are two Texas Hold ‘Em hands named after Brunson.

Bill Kaplan was 1980 Harvard MBA graduate who had run a successful Las Vegas blackjack team when he formed a team of MIT students who would go on to use statistical analysis to successfully win at blackjack through card counting.

Kaplan backed the team, running it as a business. He instituted strict training, a player approval process and formal management procedures including the requirement that players use the approved counting and betting system. All casino play was to be carefully tracked as part of Kaplan’s goal of keeping the project operating professionally.

The MIT Blackjack Team, as they named themselves, started playing on August 1 1980. Players and investors put up the capital and the group of 9 players plus Kaplan himself went into the casinos to test out their system. Within 3 months they had doubled their initial stake and the proceeds were split between players and investors. The players, largely undergraduates, earned approximately $80/hour. The investors saw an annualized return of over 250%.

Kaplan was a key player in running the team and refining the strategies and computations used. His biggest success was to keep the team at the blackjack tables despite casinos’ best attempts to detect card counters and ban them.

Much to many people’s surprise, professional poker player Chris Moneymaker’s real name from birth is…..Moneymaker. It derives from the original family name which was  “Nurmacher” in German and refers to the family’s original business which involved producing silver and gold coins.

Moneymaker trained as an accountant and was working in that field when he played at the Main Event of the 2003 World Series of Poker Tournament where he won $2.5 million after revolutionizing poker by being the first  person to win the world championship after qualifying at an online poker site. He attracted a lot of attention and went on to write the bestseller, Moneymaker: How an Amateur Poker Player Turned $40 into $2.5 Million at the World Series of Poker.

Moneymaker has become a well-known figure in the Poker world, winning 2nd place at the 2004 Shooting Stars event and sixth in the World Championship of Online Poker in 2008. He served as celebrity spokesman for Harrah’s Enertainment and PokerStars and has been inducted into the Poker Hall of Fame.