Future of Vegas Casino Sports Betting in Connecticut is Unclear 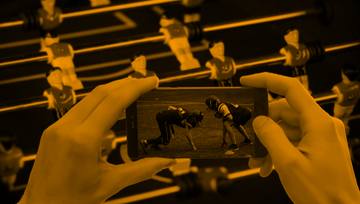 A coalition of Connecticut lawmakers filed a bill that would expand Vegas casino style gambling in the state.  The issue is pitting MGM Resorts International against Connecticut tribes that operate casinos in the state.

The lawmakers want to break a stalemate over the issue by pressuring Gov. Ned Lamont to either abandon or conclude his negotiations with MGM Resorts International and MGM’s rivals, the owners of Connecticut’s two tribal casinos.

Senator Cathy Osten authored the pro-tribal bill which underscores what most legislators believe – that there’s no deal that will be acceptable to both sides so it’s time to make the best of a tricky situation. The tribes want to expand gambling and run any future sports betting activities in the state and MGM has threatened litigation if such a bill comes to pass.  “We’ve been doing this for two years,” Osten said. “If there was a deal to be made, it would have been made.”

If Osten’s bill is passed, tribes would receive exclusive rights to operate online sports betting in Connecticut.  They would operate a casino in Bridgeport while opening sports betting facilities in 3 communities, including Hartford and 2 as-yet unnamed locales. Osten’s bill would also allow the Connecticut Lottery to sell lottery tickets online.

Gov Lamont believes that the bill would result in a protracted legal fight which would ultimately delay Connecticut’s entry into the sports betting market.  Max Reiss, director of Communications for the Governor’s office, said “While we are appreciative of Senator Osten’s efforts and that of the various delegations, the administration’s position remains the same: a global resolution that mitigates the likelihood of years of litigation and positions the state to capitalize on a comprehensive gaming platform.”

The unique nature of tribal gaming laws is making it difficult to get legislation through the state legislature. Senate President Pro Tem Martin M. Looney and House Majority Leader Matt Ritter have already said that it’s unlikely that Osten’s bill will be taken up in special session without the support of the governor.

Other lawmakers are joining Osten in their impatience to see sports betting come to Connecticut.  Sports betting has proven to be quite lucrative in nearby New Jersey and many Hartford legislators believe that the time has come to bring the revenue-producing sports betting industry to the state.

House Majority Leader Ritter said, “I think that everybody is getting anxious about getting this over with, particularly sports betting. It’s just lost revenue, and it’s silly. It’s very complicated, I get that. It’s no one’s fault.”

The involvement of two Connecticut gaming tribes makes the subject of gambling expansion in Connecticut endlessly complicated. The state is partnered, de facto, with the Mashantucket Pequot and the Mohegan tribal nations. The tribes are the owners of two massive gambling resorts in eastern Connecticut, the Mohegan Sun and the Foxwoods Resort Casino.

25 years ago, Connecticut granted those two tribes exclusive rights to operate casinos in the state. In return, the tribes give 25 percent of the gross revenue generated by slots machines back to the state. Over the last quarter century, the tribes have enjoyed a regional monopoly. They earned huge profits and generated $8 billion for the state.

Recently, new competition from neighboring Rhode Island, Massachusetts and New York has resulted in a decline in the tribes’ casino profits. Revenues paid to the state before the 2008 recession totaled $450 million – last year, it was $250 million. Now that Wynn Resorts has opened their Encore casino outside of Boston, those numbers are expected to drop even further. When New York expands gambling in the state and introduces sports gambling – which everyone believes is imminent – the drop will be felt even more.

Today, MGM is the Connecticut gaming tribes’ major competitor. They’ve opened a huge new casino resort in Springfield, Mass., and have  purchased a  “racino” – where video gaming and slot machines are featured – in  Yonkers, N.Y. MGM has plans to  develop the racino into a full casino once the gambling moratorium for metropolitan New York expires in 2023.

The Connecticut General Assembly passed legislation in 2017 to give MMCT, a partnership between the two tribes, authority to open a casino off tribal lands in East Windsor. The goal was to blunt the losses that the tribes were experiencing due to the opening of the MGM Springfield.

MGM sued to prevent the state from giving the tribes the East Windsor site. They said that, by granting a commercial license without open bidding, the state was violating the equal protection and commerce clauses of the U.S. Constitution. The courts dismissed the suit, saying that it was premature. However, if the tribes begin construction on a casino site in East Windsor, or if the state grants them exclusive rights to sports betting, MGM will likely file a revised version of the suit.

Governor Lamont has tried to convince the tribes to abandon the East Windsor project. He says that, instead, the tribes could build in Bridgeport. But the tribes aren’t interested. An East Windsor casino would take customers from Springfield but a casino in  Bridgeport would only intercept New Yorkers who now go to the tribes’ existing  Mohegan or Foxwoods casinos. Even the offer to give the tribes rights to sports betting in Connecticut has proved unattractive.

If Osten’s bill is accepted, the tribes would be able to proceed to build in East Windsor and open sports books in all of their Connecticut casinos. They would also be given the rights to develop a casino in Bridgeport. Osten understands that her bill won’t forestall litigation by MGM but it will, she said, allow the gambling industry to start moving forward in the state.

In his response, Governor Lamont said,  “We can pass bills until we’re blue in the face. If they end us up back in court and everything’s stopped dead in its tracks, that’s not what I call progress.” Lamont also said that he expects that any sports betting bill would have a place for the OTB (off-track betting) parlors.

Further, Lamont pointed out, Osten’s bill offers nothing to the licensed operator of the state’s off-track betting facilities, Sportstech. Sportstech would also like to be chosen to offer sports betting in Connecticut.

SportsTech president Richard McGuire weighed in, saying.  “A monopoly to deliver sports, or even a duopoly provided by only the tribes, would not be in the best interests of Connecticut or Connecticut consumers. This proposed bill raises the risk of further unnecessary legal challenges and places real jobs at risk across the state. We respect Senator Osten, her dedication, and her passion.  However, we are focused on delivering a solution that benefits the state, provides a choice for all consumers, and eliminates the illegal gambling market, but this proposal isn’t that.”

The tribes acknowledge that no expansion off tribal lands is possible without revisions to the state’s gambling compacts with the tribes. In a joint statement, the tribes said “We’ve long believed that the best way forward for the state is to protect and preserve the historic partnership with our two Tribes, one that’s generated more than $8 billion in revenue for Connecticut. The draft legislation takes us one step closer to that goal, and we look forward to continuing our discussions with the governor and legislative leadership in the near future.”