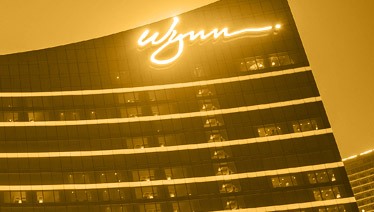 Steve Wynn and his ex-wife Elaine Wynn have settled their fight over an estimated $4 billion stock fortune. Now, the question is whether the King of Las Vegas will sell out and retire.

On March 15th the District Court in Clark County, Nevada, ordered that the shareholding agreement between Wynn and the former Mrs. Wynn be terminated. This followed a joint submission from the lawyers of both parties. The court's ruling rendered the agreement "invalid and unenforceable as a matter of law and that neither party shall have any further rights or obligations thereunder.

This means that the Wynns are now free to sell their shares in Wynn Resorts. Wynn is presently the major shareholder in the company, holding nearly 12% of the company's shares. Elaine Wynn holds a 9.4% stake. The two shareholders are party to an agreement that stipulates that Steve Wynn can only sell one third of his shares. The court ruling gives Wynn the chance to sell everything.

The battle has been raging since 2010 when the couple finalized their second divorce. The fight intensive in 2015 when Elaine was ousted from the Wynn Resorts Board of Directors after she was accused her of breaching the divorce agreement by transferring $10 million of her Wynn shares to a charitable foundation.

In early February, shortly after he was accused of sexually harassing female employees, Wynn withdrew his charge, saying that he “no longer contests [his ex-wife Elaine] Wynn’s judicial admission that the 2010 Stockholders Agreement is invalid and unenforceable.

According to Forbes, Elaine Wynn is worth 2.5 billion while Steve Wynn is worth $3.5 billion. Elaine and Steve married in 1963 after dating in college. They divorced in 1986 and then remarried five years later. Their 2010 divorce precipitated the fight over the stock shares which was just resolved.

Steve and Elaine Wynn co-founded and led the Mirage Resorts from 1976 to 2000. They left Mirage in 2000 and co-founded Wynn Resorts. Elaine's supporters credit her for being a major part in the business's success, "Every tiny little detail that comes off as 'gracious' at any Wynn resort—from the way the staff are dressed to the amenities in the guest rooms to even the polite verbiage of the signage—is pure Elaine. She is the epitome of grace, warmth and class," commented one observer.

Elaine helped the company expand to Macau in 2006, a move that helped the company’s stock shoot up. Elaine has described her role in the company, saying "for a start, whenever [Steve] would get a little bit crazy—or he would get a lot crazy—I was the sounding board. I'm more pragmatic and more earthly. And it worked very well for several decades."

She's also complimented Steve, telling a reporter in 2016 "The man is brilliant. I had a prominent role to play in our businesses, but he was the risk taker and the visionary."

Steve Wynn came to an agreement with this ex-wife after stepping down as CEO of Wynn Resorts following numerous claims of sexual harassment. He was accused of subjecting women who worked for him to unwanted sexual advances. Wynn denied the accusations, calling them “preposterous.”

He blamed his ex-wife for instigating the charges which, he said, would give her leverage in the battle over the shares. But the charges proved too difficult to ignore and Wynn resigned his position as Wynn Resorts CEO and settled the conflict with his ex-wife.

Prior to the accusations, Wynn was the undisputed King of Las Vegas. He ran the fanciest casino in Vegas and he was the face of Vegas 21st century. His empire includes opulent resorts in Macau and Las Vegas, is building another near Boston and is rumored to be preparing to open online games for players who wish to play online.

Wynn has been the face of the U.S. casino business. He has dominated Vegas for five decades but now must cope with being the cause of his company losing a good share of its market value. Observers are watching to see whether Wynn's departure will help or hurt the company.  Roth Capital’s David Bain slashed his recommendation on Wynn Resorts stock, saying that the “Steve Wynn valuation premium” will take years to recoup. On the other hand JPMorgan Chase & Co. upgraded its rating on the stock.

Wynn Resorts has 2 new hotel proposals in the works in Las Vegas but investigations of the charges of harassment may put a stop to those developments. Regulators from Massachusetts to Macau are pursuing investigations into the company based on the harassment charges.

Wynn's latest difficulties began in 2016 when Elaine revealed in legal proceedings that Steve had secretly paid a female employee $7,500,000 to keep her from going public with her allegations of sexual harassment. In January the Wall Street Journal reported that the incident fit a pattern in which Wynn pressured female employees to have sex with him. Now regulators in Massachusetts, Nevada and Macau are probing the allegations.

Although Wynn has denied any wrongdoing, he resigned the following day from his post as finance chair of the Republican National Committee. He said “I have reached the conclusion I cannot continue to be effective in my current roles.”

If Wynn Resorts shares continue to tank, the company could become a target for another casino operator. Caesars Entertainment Corp has had its eye on ways to open casinos in Boston and Macau and would like nothing more than to take over the existing operations. Another option would be a takeover from a private-equity investor who would be able to leverage the company’s considerable cash flow.

By relinquishing his shares in the company, Wynn is no longer in control of a significant portion of Wynn Resorts through private holdings. That means that, since he's no longer the most influential shareholder at Wynn, regulators won't be focusing their attention on his behavior as it relates to the company. That can give the company the boost that it needs to hold off takeover attempts.