Gambling Grows in the Far East 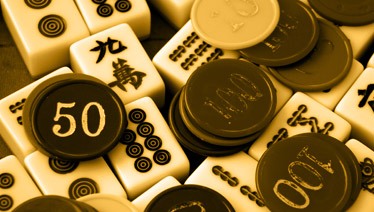 Increasing numbers of Asian and Pacific Rim countries are exploring ways that they can benefit from the growing Vegas casino gambling industry.

India is gearing up for a new casino industry in Goa. The tourism capital of the East is preparing for casino entertainment that will bring the old floating casinos to a central area on-land.

International brokerage Union Gaming reported that the development will include high-quality Integrated Resorts that will put India on the gaming map. Goa's Chief Minister Monohar Parrikar described the push to make Goa into India's gaming capital and noted that the local government plays to publish formal casino regulations by the end of August.

The regulations will address the transfer of floating casinos to land which officials believe to be "transformational" in putting India on the gaming map. Currently, Goa's gross gaming revenue is estimated to be $200 million. If the planned Integrated Resorts are built, Grant Govertsten, an analyst for Union Gaming, estimates that Goal will turn into a billion-dollar market.

Govertsten said that Goa "is growing rapidly due to strong demand on the heels of exceptional growth in domestic tourism……we have long believed that the true potential of Goa (and India) cannot be reached until there is high quality supply,” the Union Gaming analyst said.

Delta Corp. Ltd, one of the casino operators that holds one of Goa's three casino licenses for its floating casino, is set to receive one of the IR licenses which will go first to the floating casino operators.  According to Govertsen, Delta Corp. is “light years” ahead of its competitors as an operator that in already in a position to deliver world-class integrated resorts. Delta Corp. has purchased land located near Goa’s already-under-construction new airport. The company is now planning the site with a world-renown gaming architect.

Of India's 29 states only Goa, Sikkim and Daman have legal gambling. Prior to 1999 there was no legal gambling anywhere in India. Casino owners came up with a unique way to offer gaming activities – they shifted their base to rivers and to the sea since, in legal terms, gambling wasn't allowed on "land."

There are presently 15 casinos. Over 15,000 people visit those boat-casinos every day on the Mandovi river and many thousands more visit the other boat-casinos. The casinos offer traditional table and slots games. Visitors pay a low entry fee and the government earns significant revenues from the gaming venues. This, observers note, was one of the reasons that the state sanctioned gambling.

Chief Minister Manohar Parrikar, head of the ruling Bharatiya Janata Party, said "Although I am personally against gambling and Casinos, how will I be compensated if I close them?" In fact, he supported the amendment to the current Goa Public Gambling Act that brings the casinos to land.

One Goa site where the brick-and-mortar casinos might be built is the port city of Vizag. Applications from casino owners have already been submitted, requesting to build om Vizag.

Duterte issued his order on the same day that Landing held the groundbreaking ceremony of its new casino resort in Philippine Amusement and Gaming Corporation’s (PAGCOR) Entertainment City. The Philippine president also terminated all NPF management and board members for striking a disadvantageous casino land lease deal.

Duterte was reportedly furious that Nayong Pilipino executives were preparing to lease a government property for a “ridiculously long period of time of 70 years.” Philippine Presidential Spokesperson Harry Roque said at a press conference that Duterte "said he will have it cancelled as being grossly disadvantageous to the government.”

“He therefore announced that he was sacking all members of the board, management of Nayong Pilipino. The papers formally terminating the entire management and entire board will be issued in due course,” Roque said. According to reports Duterte's niece, Maria Fema Duterte, alerted her uncle to the deal which she claimed was anomalous since the lease favored a foreign group. Maria Duterte is a member of the NPF board.

Government auditors had also expressed concerns over the land lease deal's legality. After LIDL struck the agreement with its local partner, the Nayong Pilipino Foundation  the Philippine Commission on Audit (COA) raised the alarm at the favorable terms that LIDL had reportedly obtained. The terms of the agreement allowed Landing to pay lower lease prices than those paid by other Entertainment City operators.

COA warned that, based on its estimates, the Philippine government could lose as much as US$486.2 million from the deal. They noted that LIDL would be underpaying on leasing the property, relative to the market value of the land at the nearby Solaire Resort and Casino.

LIDL will now have to renegotiate the lease agreement.  LIDL was preparing to start building on NayonLanding and to start running by 2022. The casino resort will open in phases. First the theme park will open and then the hotel and the food and beverage outlets. The final stage of the NayonLanding project will be the casinos which must not open until a 5 year moratorium, imposed by the state regulator as part of an agreement with integrated resorts and casinos in Entertainment City, lapses.