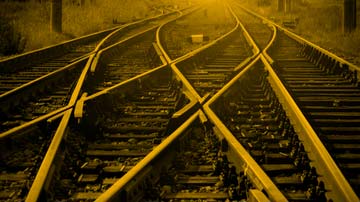 For much of history, organized gambling was not as easy as the online casino for New Zealand, or for NW, or for the US. It was the hobby of the wealthy. From chariot races in ancient Egypt to athletic competitions of ancient Greece, early keno games in the palaces of Chinese Emperors and gladiatorial combats held in front of the rulers of the Roman Empire, placing bets in an organized fashion was the realm of those who could afford such a luxury.

Even in the 19th and early 20th centuries, the ultimate in gambling entertainment involved a betting milieu that was conducted within the  social constraints of European royalty and high society who took their vacations in the casinos of the French Riviera casinos. When Tommy Hull, Bugsy Siegel and other early Las Vegas casino builders started to create the Vegas casino industry in the 1930s and 1940s, it equalized the field. The new casino venues offered access to many middle class and working class players who, previously, had not been able to pursue organized gaming legally.

Today, the gaming world is more open as it ever was – everyone can participate, regardless of whether they’re a high-rolling VIP gamer or a casual, small bettor. There are gambling options to suit any taste – live sports, land-based casino sites, online casinos, sportsbooks, different types of gaming machines, live dealer online betting and more.

Many observers believe that now is the time for operators to step back and review where the industry is today and what the options are for future growth. That will allow them to develop a strategy to enable them to take full advantage of all of the possibilities that the future offers.

Changes to advertising rules and regulations coupled with the shift to digital-first operations have created a tsunami of change in the gambling industry. Everyone agrees that the brands that will come out ahead are those who are planning carefully, based on their assessment of the challenges and opportunities that lie ahead.  Many analysts believe that it would be wise to meet the rising market sectors including esports, women’s sports and global expansion.

Betway marketing director Paul Adkins explained the company’s vision and its outcome, saying “This enabled us to offer a more tailored experience to our esports users, without changing the way we engage with the rest of our customers. The market is developing exponentially and there are a plethora of brands getting into the space now.  As a brand, you need to really understand esports if you’re going to enter the space – it’s a highly educated audience who don’t suffer fools, so you need to be authentic if you want to make a success of it. Where we excel is that every one of our team are fans of esports first and members of the Betway team thereafter.”

Now the Kindred Group, which owns gambling brands Unibet and 32 Red, has shown itself eager to explore esports since observing a big overlap with its target audience. Unibet has signed a two-year global partnership with esports team Astralis as their official betting partner.

Elen Barber, CMO at the Kindred  Group commented, “If you look at the performance and their growth, I think that [Astralis] really stands out from any other sponsorship and team out there. We want to raise the interest in this area and tap into the new potential audiences within esports.” Much of Betway’s growth has been fueled by Football whose global popularity seems boundless. Betway has also seen “excellent results” from its “secondary sports” such as basketball, cricket and tennis.

No one expected to see women’s sports become so popular but gambling operators are noting the new attentiveness and are trying to stay on top of the upsurge in interest.  In this realm, Ladbrokes Coral is leading the pack as it works on its influencer strategy for the Women’s World Cup that’s set to be held in June.

Ladbrokes Coral is joining brands such as Nike, Coca-Cola, Visa and Adidas to establish a position as one of the first brands to sponsor the Women’s World Cup and, in that capacity, as a promoter of women’s sports. Ladbrokes Coral hopes to bring gold medal winning Olympic hockey player Sam Quek on board to serve as an influencer for the tournament.

Ladbrokes Coral’s head of social Elliot Hackney believes that the multi-million sponsorship of the Women’s Super League is going to be an important milestone in sports gambling. Speaking at the SBC Betting on Football event last month, Hackney said “That’s going to be a massive change to the betting industry. The matches we cover and the coverage they are going to get with a title sponsor, I can only see that growing.”

Whether it’s cashing in on the popularity of esports,, developing a social strategy for women’s sport or entering new markets, gambling marketers always need to be up for the next challenge.