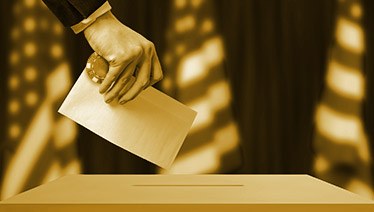 Betting options for gamers at land-based casinos, sports venues, online casino sites and other gambling locales are expanding throughout the United States. Many gaming proponents are turning to the voters for decisions on where and how to facilitate more betting opportunities in the various states.

Florida and Arkansas voters made definitive decisions in their states while Chicago voters have a few more months to consider the issue.

On November 6th, Florida voters were asked to decide whether to approve Amendment 3 which gives voters the “exclusive right to decide whether to authorize casino gambling” in the state. The Amendment passed and now the Voter Approval of Casino Gambling Initiative gives the right to allow the citizens of Florida to directly approve or disapprove any decisions about sports betting, land-based casino and online casino development in Florida.

The Amendment took such decisions out of the hands of state legislators and ensures that any changes in gaming laws will be restricted to voter approval.

The new constitutional amendment changes the previous system in which the state legislature would make decisions through the legislative process. Amendment supporters included the Native American Seminole Tribe which, some observers believed, were looking at the initiative as a way to consolidate their dominance of casino gambling in Florida.

Passage of Amendment 3 does not impact gambling that takes place at casinos that are located on lands that are owned by Native American Tribes so the tribes can now expand gambling at will, while non-tribal gambling venues will be dependent on future voter approval.

Arek Sarkissian, who covers regulated industries, including gaming, for the Florida Roundup, summarized Amendment 3. “This is a remarkable move by the Seminole tribe. This is their big win."

The Seminole Tribe of Florida and Disney Worldwide Services, Inc. have invested a combined $36 million into a campaign to encourage voters to support the amendment.

Opponents of the measure included NFL teams, sports-betting firms like FanDuel and “pari-mutuels,” which are the groups that run dog and horse racing. These groups wanted to see casino gambling expand throughout the state and they didn’t want to allow anything that might impede that expansion.

Sports betting is currently unregulated in Florida but still takes in $250 million annually. The Seminole Tribe has the largest gaming infrastructure in Florida, though it's not yet regulated.

The Seminole Tribe opened a bingo hall in 1979 and has expanded to its signature 30-story guitar-shaped casino tower in Hollywood, FL. The Tribe has exclusive rights to operate casinos with blackjack and other house-banked card games

The amendment passed easily with 77% of the vote.

79% of voters in Arkansas approved Issue 4 which gives the OK for gaming at the Oaklawn and Southland casinos to expand. Supporters  argued that passing the Issue will help to keep gambling and hospitality money in Arkansas and prevent gamers from taking their money to the neighboring states where gambling is more readily available such as in  Oklahoma, Mississippi and MIssouri.

Measure supporters are expecting that  the casinos will create six thousand jobs in Arkansas and will generate 5.8 billion dollars over the course of 10 years. Arkansas’ economy will grow, they say and the business will create careers that can bring new entry-level employees in at $30,000 a year plus benefits. They have now created the base, they believe to keep quality citizens in Arkansas.  The Quapaw Tribe and the Cherokee Nation, which have established casino businesses in Arkansas, contributed to the campaign.

Opponents worked to defeat the Issue based on economic and moral grounds. They claimed that the wording of the Issue was complicated and unclear.  They said that the negative cost of having a casino in a small, rural region wouldn’t make up for any positive economic impact and argued that gambling creates more poverty than it relieves while destroying communities

The group that promoted the Issue was criticized for its advertising campaigns which, critics said, were misleading. They pointed out that there’s no guarantee that money that the state might bring in from the casinos will be directed to road improvements, to education funds or to any other public works -- as the ads claimed.

Issue 4 set up a selection for the two new casinos based on merit. The two casinos, which now have approval to be built, are located in Pope and Jefferson counties. The Arkansas Racing Commission will be in charge of licensing the new casinos. The Commission will accept applications from businesses that have already obtained casino operating licenses and can demonstrate previous operating experience.

Issue 4 almost didn’t make it to the ballot. The Arkansas Supreme Court OK’d the proposition after hearing from opponents who had brought two lawsuits to block the issue. Their suit was based on claims that the working of the Issue was ambiguous and misleading. The High Court ruled that the text was clear and was not misleading. Neal Steel, speaking for Issue Four supporters “Driving Arkansas Forward”  said “We are confident Arkansans will vote to keep casino entertainment dollars in our state when they cast their ballots.”

A representative for Family Council, which opposed the measure, said that they believe that the proposal favors wealthy, established casinos. They also said that the claim that revenues will benefit state highways is false since, to date, of the tax revenue estimated to be generated from existing casinos, none is being directed to the state’s highway fund.

Chicago is still facing its mayoral election which is to take place in February 2019. But the issue of casinos is front and center in the upcoming race.

The background involves Chicago’s financial situation which, never healthy, is presently facing additional challenges. The city is expecting to find itself facing $1 billion shortfall in its pension fund obligations in the near future. The job of finding that money is going to fall on the next mayor and candidate Gery Chico thinks that he’s found the solution

Chico outlined some of his plans for the city to supporters and the general public including his ideas for raising the needed funds. One of his proposed solutions involves allowing casinos to open in the city which would bring in tax revenues and other user fees. Chico believes that, once he gets elected, he will be able to get the ball moving. He estimates that the new casino would generate up to $300 million annually.

Chico is already lobbying to get an expanded gambling bill passed in the state legislature. Proposals for a Chicago casino have been introduced in the past -- one was struck down by an Illinois House committee this past May. This time Chic is confident that he an push a bill through and get a casino up and running in Chicago within a few years.

Chico’s proposal will face stiff scrutiny by the Illinois Casino Gaming Association which is concerned that the gaming market is becoming saturated in Illinois.