Are the Schools Really Receiving the Gambling Taxes? 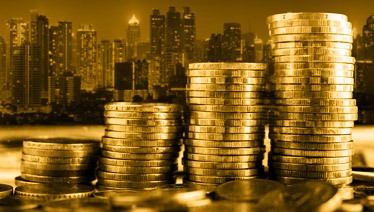 Many communities offer Vegas games and other lottery activities to their citizens via local gambling venues, gaming events and other casino-type activities. In many cases a portion of the revenues from the profits achieved through such pursuits are designated to go to charities, non-profits and other local public institutions.

This point is often cited by gambling proponents when they promote the building of new casinos and the opening of new gambling sites. They aim to demonstrate to legislators that, by expanding gambling options for local citizens, the community will benefit.

Observers aren't convinced. They say that there's a perception that the revenues  that go to public institutions and other non-profits outweigh the disadvantages that come from increased incidences of gambling addition and criminal activity.

The answers aren't clear. But it is instructive to examine how the perception of an increase in funds for public needs really plays out in the real world.

In 2008, Maryland voters were asked to pass a referendum that would allow casinos to be built in the state. The casinos, in conjunction with many state government representatives, lobbied for the referendum to be passed. They pledged that the taxes that the gambling establishments would pay to the state – hundreds of millions of dollars – would be directed towards public education.  They warned voters that if the referendum failed to pass, Maryland would miss the cash cow and neighboring states such as Delaware and West Virginia would collect the profits from their casinos and use them for their own states' needs.

After the "most expensive political campaign in Maryland's history" the referendum passed. Today Maryland has six casinos which have welcomed tens of millions of visitors over the course of the last 7 years and generated approximately $4.5 billion in profits. According to the math, this means that there is an additional o $1.7 billion in funds for education.

So why are Baltimore’s schools in such dire straits that Baltimore School CEO Sonja Santelises announced that the school system has a $130 million deficit? The Baltimore Sun seems to have found the answer – it reports that the casino money that was promised to the public school system is instead being directed to state workers' salaries and roadwork.

Maryland schools are receiving the same amount of money that they would have without the casino windfall. As for Baltimore schools – they are receiving less state money than they did before the casino opened. Critics note that the promise that "revenues will fund public education" is a pitch that the gaming industry – and the public officials who support it – have used time and time again.

Until the 1990s most states disallowed casinos. There were no casinos in America until 1931 when Nevada legalized gaming and then it wasn't until over half a century later that other states agreed to let casinos operate within their borders. The trend was driven by the promise that the states' citizens would reap the economic benefits form allowing the casinos into their state.

According to the American Gaming Association, casinos bring thousands of jobs to host communities. The resulting "multiplier effect” brings more new businesses to the area who serve the casino patrons (eateries, hotels, shops, etc). The AMA sees these benefits as being particularly helpful to struggling post-industrial cities like Bethlehem, Pennsylvania, Detroit, Michigan and Springfield, Massachusetts.

Education is a primary concern of most of the citizens of any state so by emphasizing that a percentage of the profits will be funneled into public education, gambling proponents minimize  fears of gambling. Professor Patrick Pierce who studies the topic at Saint Mary’s College in Indiana says“They countered fears of gambling with this emotional reference. Americans, at least on a symbolic level, place a great deal of emphasis on public education.”

Gambling experts say that Maryland is only one of the dozens of states that take gambling revenues that are earmarked for education and use it for other purposes.

Denise Runge, Dean at the University of Alaska Anchorage and editor of Resorting to Casinos: The Mississippi Gambling Industry comments “In almost every case states either earmark the funds for education but then decrease the general fund appropriations for education by a similar amount, or, in more cases, they simply put the money in the general fund."

Patrick Pierce co-authored a study that examined the period 1966 to 1990. He summarized his findings “You saw an initial bump in education spending by about $50 per capita. But after a number of years, the practice of using the money for other expenses became commonplace." Pierce says that after eight or nine years “states with lotteries were spending less on education than states that didn’t have the lottery tax.”

Citizens may think that the state government will even everything out and make sure the money goes to the location to which it was earmarked. But politicians become dependent on the money which goes towards a hundred-and-one causes other than education.

For Earl Grinols, an economics professor at Baylor University, this relationship between gambling and government amounts to crony capitalism. The gambling industry and the state politicians gain from each other. According to Grinols “the public system should be designed so that it leads people to do the right thing. When you set up a system in which the gambling industry and state government have interests in common, you do the opposite. You create a system that encourages back-room deals.”

One of the reasons that politicians like taxes from lotteries and casinos is that they’re voluntary. That allows money to be brought into the state coffers without taking the unpopular move of collecting them from angry citizens. However casino revenue streams aren't stable – over time, casinos tend to bring in less money as general interest tapers off. Most casinos show a decrease in profits after the first year or two when the novelty wears off. So even if the money was being channeled into the public schools, the stream of revenue isn't stable.

Pierce sums up by saying “If everyone really wants to support our schools, we need to make a public commitment to them. The way to do that is not through gambling.”