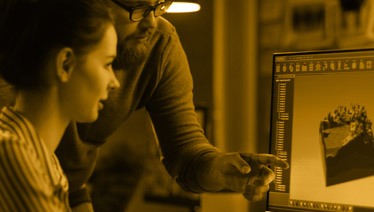 The stock market gains and revenue increases in the Vegas casino industry is spreading to the Vegas online gaming designers who are reveling in positive 2nd quarter showings in almost every area of activity.

Second quarter earnings don't seem to have been affected by the court case. Sci Games four core business divisions gained ground in the 2nd quarter, showing improved results in its gaming, lottery, social and digital divisions. Scientific Games also signed a partnership agreement with Caesars Entertainment Corp. in early August to provide its OpenBet sports betting platform to Caesars casinos in Mississippi and New Jersey and began the rollout of its James Bond-themed slot machines in New Jersey and at tribal casinos in Florida. The Bond-slots are expected to be a big seller.

Barry Cottle, Sci Games President and SEO, said the company is positioned to play a significant role in U.S. sports wagering. Addressing investors Cottle said “The U.S. Supreme Court decision repealing PASPA (the Professional and Amateur Sports Protection Act) was a watershed moment for our industry opening up one of the largest untapped gaming markets in the world. Thanks to smart planning, investment and innovation and our acquisition of NYX (the company that developed OpenBet), Scientific Games is perfectly positioned to provide current and future gaming and lottery customers with best-in-class services they want.”

According to Cottle, OpenBet accommodated 177 million UK wagers during the World Cup. “It’s a platform that won’t fall down during the Super Bowl,” he said.

News from the courtroom wasn't as positive. Scientific Games was ordered to pay $315M in an antitrust case after a federal jury in Chicago concluded Sci Games was trying to keep rival companies out of the market in violation of antitrust laws through filing patents on automatic card shuffling machines.

U.S. District Judge Matthew Kennelly of the Northern District of Illinois had authority to triple the damages and did. Scientific Games is expected to challenge the award. Scientific that “the company believes the jury reached the wrong result and will seek review of both the finding of liability and the damages award, both before the trial court and, if necessary, on appeal.”

In its filing with the Security and Exchange Commission, Scientific pointed out that the district court dismissed all the plaintiff’s claims with prejudice in October 2015. The only claims left standing were those that involved antitrust laws related to fraudulent procurement of patents on card shufflers.

Boyd has 24 properties in 7 states. These include Boyd's  newest Las Vegas properties, Aliante Hotel and two Cannery properties and other new acquisitions in the Midwest – the New Orleans Gold Coast,  California Hotel, Fremont and Main Street Station in downtown Las Vegas, Sam's Town and Suncoast in Las Vegas, and Jokers Wild and Eldorado Casino in Henderson. Installation of the system will continue through 2019, as well in five additional properties that Boyd is presently in negotiations to acquire.

Boyd is interested in the Oasis 360 system because it will tie in to the company’s 630 table games and  31,000 slot machines nationwide. Through the system players will be able to access property wide bonusing and progressive jackpots via their loyalty card.

Aristocrat is a division of Aristocrat Leisure Ltd., an Australian-based company It has operations in Las Vegas. Aristocrat products are licensed in 90 countries by 200 jurisdictions.

The sun is looking bright for IGT which stands to gain big from the opening of a new IGT-affiliated casino and from the growth of sports betting. These elements boosted London-based IGT's second quarter earnings.

IGT is the gaming provider for the new Ocean Resort and Hard Rock Atlantic City casinos that opened recently in New Jersey. It will also power the MGM Springfield which is expected to open in Massachusetts in August. IGT propels the diverse slot machine, casino system and lottery market and holds a dominant presence in the Nevada market.

IGT sold its DoubleDown Interactive unit in 2017 which was a loss for the company. That, combined with an anticipated revenue drop in Italy due to new taxes on machines initiated by the new Italian government (to be implemented gradually starting in September) and a weak currency conversion market have made this a volatile year for IGT. The new Atlantic City casinos and the second quarter growth provided a welcome relief for the company.

IGT CEO Marco Sala said in a conference call, “Italian players will not be pleased.” He added that the the company would manage the increase through gains in other markets and predicted that the revenue decline would be modest. The upturn allows IGT to maintain its 20-cents-per-share quarterly dividend which will be payed to shareholders of record on Aug. 14. Net income rose 8.8 percent to $209 million (U.S.) for the quarter and revenue for the quarter that ended June 30 was flat at $1.2 billion (U.S.).

IGT is regarded as one of the most gaming design industry's most technologically-suave developers. It is now releasing many of the new games on massive cured screens that adds depth to the gaming experience. There are also features on some of the games that enable players to wave their hand in front of a sensor to make their moves.

IGT's stock was also bolstered by news that it recently contracted with fantasy sports producer FanDuel and that it signed a contract with MGM Resorts to provide a management system for its sports wagering activities. The expected August 24th opening of MGM's Springfield MA property, where IGT has a major presence, will also add to IGT's revenue gains.

In a report issued in early August, Eilers & Krejcik Gaming, in their survey of the last quarter, noted that IGT had lost some slot sales ground to competitors including AGS, Incredible Technologies and Aristocrat Technologies. Thirty five of the casinos surveyed said they were buying 21 percent of their machines from IGT, leading analysts to predict a bright future for the company.