Gaming Developers in the News 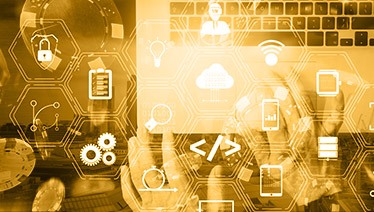 When all is said and done, at the Grande Vegas online casino and other casinos are only as good as the gaming developer that supplies it with games. All land-based and online casino sites offer basic table, card and slot machine game adventures. Some designers make the casino experience bigger and better with more interactive, more dynamic and more realistic games.

Microgaming, which recently signed a partnership agreement with Swedish iGaming operator Betsson AB, has signed a 2nd partnership, this time with Switch Studios.

Microgaming is headquartered on the Isle of Man. In a press conference to welcome Switch Studios, they declared that the partnership will “shake up the table games vertical’ with ‘customizable components’ that will  ‘deliver tailor-made experiences for a new level of play’.

Switch Studios is located in Ipswich. The studio describes itself as a "close-knit group of online gambling and social gaming experts,” each with a unique approach to ways to vary some of the classic casino games for online gambling entertainment.

John Coleman, Microgaming’s Chief Executive Officer,  said that Microgaming feels that, by partnering with Switch Studios, Microgaming will gain a "dedicated resource for innovating and enhancing our table games offering".  According to Coleman, “The team has already demonstrated a facility for producing stylish and sophisticated casino games that are highly original and entertaining and I am looking forward to developing this side of our range even further in the coming months.”

Tom David, a representative of Switch Studios, explained that his firm’s objective ‘is to deliver the best selection of classic table games that players enjoy.’ One idea involves creating a roulette game with a three-dimensional wheel and life-like ball movements. Switch Studio creates games that can be played on a PC or on mobile and are suitable to be played in portrait or landscape modes.

Habanero is probably best known for its wide range of video slots which includes over 90 HTML5-friendly slot machines. The new agreement allows Boss Gaming Solutions to feature some of the top Habanero slot machines, such as Birds of Thunder, Ways of Fortune and Pumpkin Patch, on their iGaming sites.

Habanero is an international company with offices in Sofia, Manila and Johannesburg. It says that the integration of its games onto the Boss Gaming Solutions Curacao-licensed platform began last year. Now, clients have access to the most popular slots such as Tower of Pizza, Egyptian Dreams and Fa Cai Shen.

Boss Gaming Solutions specializes in offering consulting services that guide potential operators as they secure their licenses, manage their sites and develop individual strategies. The company is also helping platforms that want to get into the realm of sports betting. For instance, the iGaming platform gives clients the opportunity to add the Simple Bet advance to include sports betting services in their packages.

Chief Boss Gaming Solutions Operating Officer Catalina Lukianenko said that she’s “pleased to have collaborated with Habanero Systems BV and described the partnership as ‘an important step’ for her firm that is destined to ‘bring success to both sides.’

Every successful firm must, at some point, decide whether it prefers collaboration or competition. For Fort Mason Games, which develops mobile social games, collaboration won over competition. That outlook is featured in its four new features for its Confetti Casino brand

The objective of Fort Mason in producing these games is to welcome female players to the world of social gaming. Through these games, players befriend other players so they can continue playing the same slot machine or  move on to other slots together. Fort Mason is hoping that this first-of-its-kind innovation will utilize collaborative play so that  users build friendships while user adoption increases. Fort Mason believes that this format will make games more attractive to women.

Fort Mason Games stated that their Confetti Cannon feature is triggered when users work together while their prizes are to be based on how much their alliances helped to trigger a virtual cannon. The company declared that players can now subsequently exploit these relationships to enjoy the social titles collaboratively. They earn faster prices and achieve better in-game rewards.

On the Confetti Casino platform players are able to keep track of each other and their in-game relationships by expressing themselves via a selection of emoji GIFs. Additionally, Confetti Casino patrons experience more collaborative play and foster friendships by sending each other proprietary social currency virtual hearts. All of these connections bring even more in-game rewards.

Former Zynga Incorporated trendsetter Kate Gorman is the CEO of Fort Mason Games. She explained that the Confetti Casino brand is endeavoring to "change the face of the industry".

Gorman  said “Women enjoy collaborating but mobile games tend to be competitive and combative. We’re passionate about helping these women feel represented by creating games directly for them. And by doing so, we’re setting an industry precedent that will push mobile gaming into a new era of inclusivity and innovation.”

The Evolution Gaming Group AB announced that it has signed a deal that will have it delivering live casino games to players in New Jersey. The games will be housed at PokerStarsCasinoNJ.com, a site that’s operated by Resorts Digital Gaming LLC and Stars Group.

According to Evolution Gaming, the Stars Group is a long-standing’ customer. Stars Group already utilizes Evolution Gaming products to deliver casino action to Europe-based aficionados via the PokerStars.com domain. Now, the operator will supply Atlantic City PokerStarsCasinoNJ.com patrons with range of games which will include the brand-new Live Infinite Blackjack game.

James Stern is the Business Development and Land-Based Sales Director for Evolution Gaming Group AB. He said that The Stars Group Incorporated (formerly Amaya Incorporated) will provide NJ players with games via the mobile-enabled BetStarsNJ.com domain.

Stern said “We have worked with The Stars Group [Incorporated] since 2015, during which time we have worked together in a number of regulated markets in Europe. The immediate popularity of the live casino tables at our Atlantic City studios has exceeded even our high expectations. I am confident that PokerStars’ New Jersey casino customers will be drawn to live casino and enjoy the thrill of playing at our wide range of live baccarat, blackjack and roulette tables.”