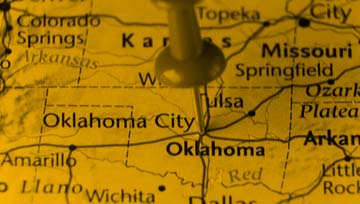 Oklahoma governor Kevin Stitt’s December 31st deadline for Vegas casino online gaming tribes to renegotiate their compact with the state has come and gone. Now Stitt is threatening to nullify the existing compacts by bringing in commercial casino operators who will run their own casinos in the state.

According to Stitt, commercial operators are very interested in opening gambling venues in Oklahoma and he will allow them to do so if the tribes don’t agree to raise the tax rates that they currently pay to the state.

Stitt noted that the commercial casinos are prepared to pay the state 18% in taxes.  “Let’s open it to everybody then,” Stitt said. “What is operating a casino worth to have (the) exclusive right to do that?”  On December 5th Stitt gave a December 31st deadline for the tribes to renegotiate, saying that after that date their casino operations would be illegal. “Are they going to be operating illegally Class III (non-electronic bingo) games?” he wrote in a statement. “That brings a whole host of issues with vendors.”

The active compact that has been, until now, operational in Oklahoma, gives Oklahoma tribes exclusive rights to operate casinos in the state. In return the tribes give the state anywhere from 4% to 10% of the revenue.

That’s significantly less than commercial operators would pay, says Stitt, who suggests that the tribes pay rates as high as 25 percent. He points to other states where tribes pay higher percentages for gaming rights.

The tribes counter that competition, personal income, state population and revenue are generally assessed when determining what should be assessed under compacts. Principal Chief Chuck Hoskin Jr. said, “The governor is wrong, He doesn’t have to take my word for it. He can take the word of outside observers such as (former) Gov. Brad Henry, who negotiated the compact.”

Hoskin acknowledges that the compacts are about to expire and must be renegotiated. However, he said, they have no legal precedent on which to stand. “It is not helpful, productive or good-faith bargaining, which the tribes have always been willing to do,” he said. “We are not going to bargain a compact with a phony deadline above our heads. It is important for the Cherokee people to understand that Jan. 1 will look the same as Dec. 31. We will continue to lead the state in gaming, and we will continue to wait for the governor to back off on an expiration date and get back to really discussing the compact.”

No one is sure what the state government might do to enforce any closure of the casinos. Such a step, observers say, would violate tribal law and sovereignty. One option that the state has is to file lawsuits. The tribes say that the compacts renew automatically on January 1st and that they won’t discuss changing rates until Stitt acknowledges that there’s no deadline.

Stitt said he hoped to avoid legal action and is pressing to renegotiate. He has not indicated what the state might offer the tribes in return for them agreeing to pay higher tax rates on their casinos’ revenues. “I am trying to be a good-faith partner and not negotiate in public.” Stitt said. “The truth is on our side. I feel so confident that Oklahomans can see right through a certain industry, the casino industry, saying, ‘These go on forever.’ That can’t be true.”

Bill Anoatubby, governor of the Chickasaw Nation – Oklahoma’s largest gaming tribe – wrote to the Department of the Interior, saying that any attempt to suspend his tribe’s gaming operations would be an “intolerable risk” to the tribal government and its citizens.

Another Chickasaw official, Matthew Morgan who serves as chairman for the Oklahoma Indian Gaming Association and  is the executive officer for policy development and gaming for the Chickasaw Nation, indicated that state relations with tribal governments could endure long-term negative effects if the issue reaches the courts. He noted that any agreement would require legislative endorsements and the approval of the U.S. Interior.

Presently, all of Oklahoma’s casinos are operated by the tribes. There are 141 casinos in the state that bring in nearly $9.8 billion annually. They support nearly 76,000 jobs and generate gross gaming revenue of $4.5 billion.

Last week Oklahoma Secretary of Native American Affairs resigned from the governor’s cabinet. Billy objected to the creation of  “unnecessary conflict” with the tribes and said that the governor is  unfairly harassing American casino operators.

In her resignation letter, Billy explained her reasons for leaving her post. “It has become increasingly clear you are committed to an unnecessary conflict that poses a real risk of lasting damage to the State-Tribal relationship and to our economy…..you have dismissed advice and facts that show the peril of your chosen approach and have remained intent on breaking faith with the Tribes, both by refusing to engage with the compact’s language and, more recently, by suggesting you would displace our Tribal partners with private, out-of-state commercial gaming operators. Your actions have shown that my continuing in service on your cabinet is unnecessary.”

Oklahoma’s federally recognized tribes operate their casinos under gaming compacts that authorizes them to offer table games and slot machines. The tribes include the Chickasaw, the Muscogee, the Choctaw and the Cherokee Indians.

The tribes note that the gaming compacts are set to renew automatically on January 1st, regardless of a negotiated settlement or not. They presently pay the state anywhere from 4% to 10%, based on the total win from the terminals.

Following Billy’s resignation, Stitt released a statement saying that his administration “has been and remains committed to working collaboratively with the Tribes. We regret that we won’t have the wisdom of Lisa Billy’s counsel in that endeavor.”

Stitt is actually a member of the Cherokee Nation. He said that he is “disappointed that the tribes turned our offer down and refused our requests to negotiate new compact terms that better address the parties’ changing needs.” His office sent notifications to all of the gaming tribes to inform them that audits of their casino operations will resume January 2nd.

According to Brandy Manek, director of budget, policy and gaming compliance for the state, the objective of the investigation is to determine that the state has received all fees owed from the casinos’ gaming operations under the terms of the Model Tribal Gaming Compact.

Stitt is under pressure from the business community in Oklahoma to resolve the impasse. If the uncertainty leads to litigation it could have a domino effect on the economy – less income for the tribes, layoffs and ultimately a hit to the public purse.

Gaming tribal leaders issued a statement that said, in part,  “We regard your threats to our vendors, who are not parties to the compacts, as inappropriate. As you know, the state has no legal authority to determine the legality of, or otherwise regulate, gaming on Indian land, including the acts of vendors in support of the tribal governmental gaming. Of course, tribes are the primary regulators of those vendors.”

Morgan says that tribal operators are prepared protect the interests of their vendors.

Oklahoma-based vendor owner John Bunch is optimistic. He believes that the governor doesn’t want to go out and “squash a small, minority-owned business.” His optimism isn’t share by all.