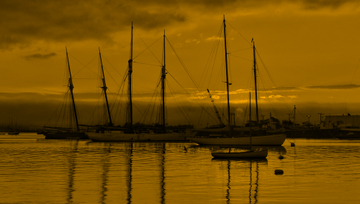 The town of Gay Head (Aquinnah) on Martha’s Vineyard has returned to court to ask a U.S. district court judge to require the Wampanoag Tribe to get building permits for their planned land based and online casino development. Even though the Wampanoag tribe succeeded in getting their casino project OK’d in federal court, the town isn’t relenting in its objective to exert its authority.

The town filed a motion in U.S. District Court in Boston seeking “final judgment” from Judge F. Dennis Saylor IV. Saylor had previously ruled in favor of the Aquinnah/Gay Head Community Association, the town of Gay Head and the State of Massachusetts to deny the tribe the right to build an electronic bingo hall in Gay Head. That ruling was overturned on appeal and the U.S. Supreme Court rejected a request by the town to review the appeals court decision.

Now that the casino plans seem certain to go forward, the Martha’s Vineyard Commission and the town have made it clear that they expect the tribe to play by their rules. They want the tribe to go through the town permitting process for the new building.  The tribe is contending that no local permits are required since the venue is regulated by the National Indian Gaming Commission, which has already issued necessary documentation and licenses.

The Wampanoag tribe’s position is that the federal Indian Gaming Regulatory Act (IGRA) allows Class II casinos on Indian lands without need for a compact agreement with the state or a license, The town attorneys filed a motion with the court that requests final judgement to “prevent the town from suffering irreparable injury.” Supporting documents, request that the tribe be required to get proper permits.

The town wants the tribe to go through the process of obtaining a building permit that ensures that any building meet local requirements. They also want the tribe to get a license from the state to build the facility. The town attorneys wrote “Since the tribe never raised the permitting issue on appeal, in its decision, the First Circuit addressed only whether the IGRA applies to the Settlement Lands and whether it displaced local and state authority over gaming on those lands.”

In its motion, the town questions the tribe’s building practices. In their brief to the court, they wrote “Because the tribe has not sought a building permit or allowed the town’s building inspector to enter the property, the town has no way of knowing whether the tribe’s construction methods — let alone the design of the facility — pose a direct threat to public health, public safety, or the natural environment.

For all the town knows, the tribe may be disposing of construction waste improperly, or may be removing trees that play an important role in flood prevention. These are not purely hypothetical concerns: Based on publicly available information, the town believes that the tribe has recently made illegal use of a power source.

In its motion, the town insinuated that the tribe won’t follow building and environmental regulations. Tribe attorneys responded to the court filing by saying that the town’s request would violate the appeals court ruling.

The Wampanoag response continued, “But with respect to the gaming project envisioned by the tribe, the critical difference is that both federal and tribal law forbid the irresponsible conduct and building practices which the town now fears and alleges in its motion."

Playing by the Rules?

The tribe contends that the town is playing by its own rules.  In its motion to the court, tribe attorneys wrote “This ‘end run’ on the tribe’s jurisdiction underscores the reality that the town is not genuinely interested in providing routine nondiscretionary permits, but rather, seeks to abuse any permitting authority to unjustly frustrate the tribe’s efforts to open its gaming facility, and to interfere with the tribe’s exercise of its gaming rights.”

The tribe points to an incident in which an electrical contractor who was working on the project requested a permit from the town to disconnect electricity to a building on the property before it was demolished. Instead of providing the permit, the town instructed the electrical company, Eversource, to cut power to the property.

According to the town, the appeals court did not address the question of whether the tribe is required to get permits. “Whether or not the tribe is right or wrong in its contentions that its construction methods and building plans pose no risk is irrelevant. The town has an independent obligation to protect the public health and safety by enforcing generally applicable building requirements. Indeed, if the tribe’s preexisting safeguards are as strong as advertised, the tribe should have no trouble acquiring all necessary permits.”

The State is also objecting to the tribe’s request that the state be “permanently enjoined from asserting jurisdiction over, or interfering with, the tribe’s rights under the Indian Gaming Regulatory Act.”

The Massachusetts Attorney General filed its own motion, stating that  in 2015, all counterclaims against the state were dismissed. Now the state is seeking to preserve its rights under the settlement agreement.

As of this week, no date has been set for a hearing on the various motions.