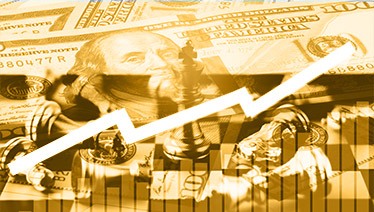 The growing Asian market, sports betting and a proliferation of new slot machines is fueling the growth of the Vegas online and land-based casino market. By 2023, estimates are that the global gambling market will reach revenues of over $525 billion with a 4% CAGR growth in the years leading to 2023.

Interestingly enough, along with online gaming machines, the online live casinos are growing in popularity. Gamers who can’t travel to a brick-and-mortar casino site have the chance to compete against a live dealer in an online environment that runs like a casino site.

The online platforms benefit from e-sport competitions that are played out in the form of multiplayer and single-player sports betting, video gaming and fantasy sports games.

The global gambling market is highly concentrated with the presence of several regional and international players. The increasing focus on continuous innovations and upgrades to support digital platforms and sustain the intense competition in the global market. Various companies are expanding their businesses to developing countries such as India and China to tap potential opportunities in the market.

Observers see factors such as technological innovations and an increase in product or service extensions as elements that will intensify the competition in the global gambling market between now and 2023. These projections include consumer loyalty, a presence of established international vendors and a shift in consumer preferences as major entry barriers for new players.

The biggest jump is occurring in the mobile market where mobile gaming – the smallest segment of the market in 2012 – is now, in 2018, the largest share of the market. Revenues from mobile gaming now account for more than 50% of the global games market. The mobile revenue is projected to reach or exceed $137.9 billion, representing 2.3 billion gamers.  This represents an increase of +13.3% over 2017, or $16.2 billion. Today digital game revenues account for $125.3 billion which is 91% of the global market. Projections are that mobile gaming will continue to be the largest segment of online gaming with anticipated growth of 25.5% per year with an estimated reach of $70.3 billion.

Estimates are that smartphones will eventually account for 80% of mobile gaming with the remaining 20% coming from tablets. Console gaming is the second-largest segment of today’s gaming market, currently generating $34.6 billion, while PC games are expected to bring in $32.9 billion. Industry experts predict that by 2021, tablet and smartphone games will generate 59% of revenues in the entire gaming market.

Over the past few years both console and PC games have shown steady growth. In 2018 console games are expected to generate 34.6 billion (25% of the market) while PC gaming will generate $32.9 billion, a 24% market share.

It is anticipated that APAC (East Asia, South Asia, Southeast Asia, and Oceania) countries and territories will generate 52% of total global game reviews in the coming years.That represents a $71.4 billion/+17.0% year-on-year increase. The increase can be attributed mostly to mobile which should reach $9.7 billion ($44.7 billion) this year.

The second-largest growth region is North America. North American estimated revenues show  a year-on-year increase of +10.0% which is projected to reach $32.7 billion at the end of 2018,. Most of this growth will come from smartphone gaming but console gaming also fuels growth. \

In Latin America, game revenues grew to $5.0 billion in 2017 and the projection is for a further increase in 2018.